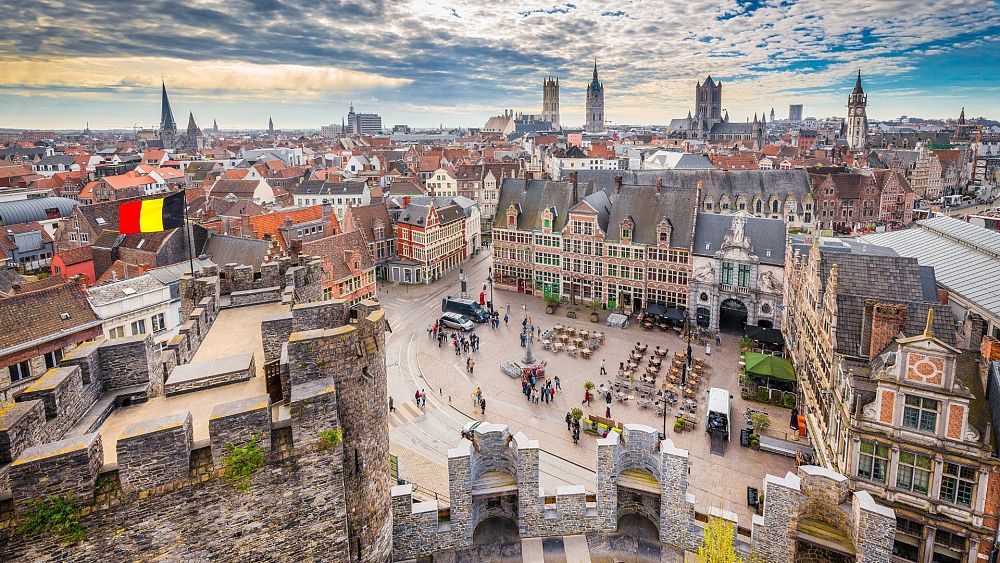 Beer and Bikes: A British Guide to Belgium

I never really considered the decision to take a summer vacation in Belgium to be out of the ordinary… until the Belgians admit that they find it strange.

A few years ago, in the seaside resort of Ostend, I began to realize this.

“Are you just coming for the day?” Asked the waitress at our favorite bar on the promenade with a smile.

It was then that I realized I couldn’t think of a reason.

Of course, Ostend was once the coastal retreat of choice for the Belgian royal family. It was also the place where Marvin Gaye sought solace after a difficult few years battling his demons.

Heck, my grandmother even spoke about the attractiveness of the place before the visit before revealing, on our return of course, that he was “going out” on his last visit with my grandfather. . To give you an idea of ​​how long ago my grandfather died in 1988…!

It’s fair to say that while Ostend still has a certain charm – in a sort of faded glamor, akin to the English coastal town of Morecambe – it might not be the first place you would think of for a vacation.

For us it served a purpose – one of the many stages of a mini tour of the Flemish region of the country. Granted, two nights were a bit of a stretch – a walk on the waterfront and you have pretty much everything it has to offer.

But apart from Ostend, Belgium is a country which reserves many surprises and delicacies in equal parts.

Affordable with lots of beer

It is relatively inexpensive to get there from most parts of the UK and western / northern Europe – flights to the smaller town of Charleroi Brussels South can be as cheap as $ 50 € round trip – and with a wealth of history, attractions, cycling-based culture and (most especially) breweries to walk through, we’ve been back again and again.

And that’s only the Dutch-speaking Flemish half of the country.

Our plan for the past few summers has always been the same: pick up a car at the airport, another bargain at around € 120 for the week, and follow a pre-planned, regimented visit to as many places as possible.

Of all the many cities we have stayed in or visited over the years, I find it hard to remember which ones have given up. Ostend except maybe (sorry Oostenders!).

But these are only the big cities.

A trip to Ypres – a town in the heart of the battlefields of World War I – is a poignant reminder of the sacrifices made in the fight against fascism a century ago while nearby Kortrijk is close to the site of the Battle of the Fascism. Golden Spurs, a military confrontation between the Royal Army of France and rebel forces in the County of Flanders in the 1300s.

Cycling is a way of life in Belgium and the likes of Eddy Merckx – arguably the greatest cyclist of all time – Roger De Vlaeminck, Tom Boonen et al are revered in the same way as overpriced Premier League footballers and overpaid are. Great Britain.

The pretty town of Oudenaarde hosts the final of the biggest race of the year, the Tour of Flanders, and is home to a museum retracing its history which is a must visit for any fan of the sport.

If you’re inspired to emulate the stars of two-wheelers, bikes can be hired in most towns and the area’s vast network of traffic light roads, many of which take the famous cobbled climbs of the grueling spring classics of the region. cycling calendar, providing the perfect challenge for all abilities.

And after a day in the saddle, what better way to relax than with a glass of Belgium’s most famous product, beer.

There is something for everyone, from Trappist and abbey beers brewed by the monks to Flemish red beers, including lambics and tangy gueuzes, sometimes called Brussels champagne!

Every town or town you visit will have a plethora of options for drinking with traditional ‘brown cafes’ sitting next to more modern haunts suited to the traveling craft brewing hipster.

Where to eat and where to stay

They say you should always eat where the locals eat, but in Belgium the same goes for places where locals drink.

Taking the time to ask for recommendations will certainly pay dividends; I lost count of how many times we made our way to the nearest watering point only to emerge a few hours later, slightly baffled after browsing only a small selection of the often expansive beer menu!

From Garre in Bruges is one of those gems.

Tucked away in a flashing alleyway and you’ll miss it, the bar is renowned for its last orders ritual of playing Ravel’s bolero, giving patrons 12 minutes of song length to finish before the lights turn on. and that the brooms come to sweep more than the dust.

There is a wide range of accommodation and most of them at reasonable prices. Part of the fun we have when planning our Belgian getaways is looking for original cushions.

Highlights over the past two years include a stay at the St Bernardus brewery in Watou, a rooftop capsule extension in Kortrijk, and an apartment in Antwerp where the focal point was a ridiculously large dining room (and ultra-modern shower on the mezzanine above the bed!).

If you must stay in a hotel, then the luxurious La Butte aux Bois in Lanaken, just a 15-minute drive from Maastricht, is the perfect place.

The hotel, located at the entrance to Hoge Kempen National Park, has a magnificent two Michelin star restaurant, La Source, and a relaxing spa, which guests also have access to throughout the day upon departure.

How to cancel travel plans amid California’s new COVID rules