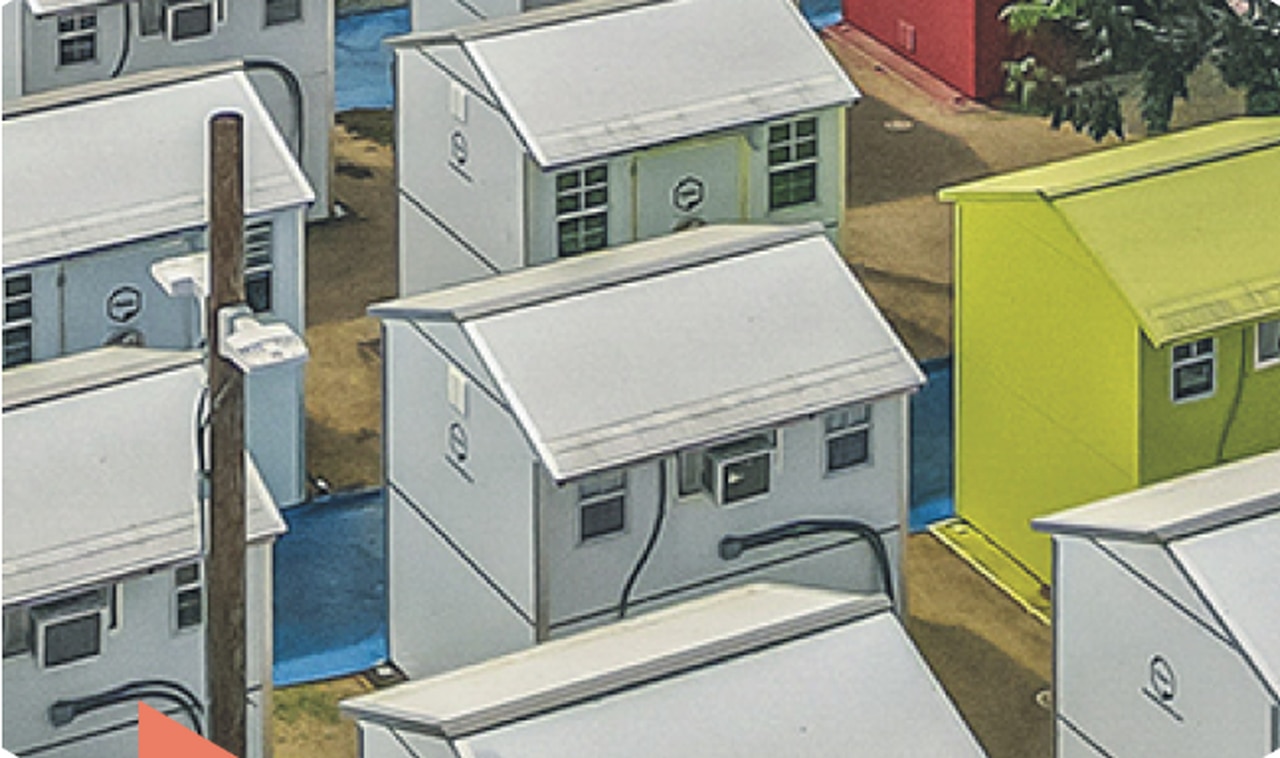 The City of Birmingham plans to offer a new mini-shelter scheme for the homeless next week, the Mayor’s office announced today.

These are small, lockable shelters where homeless people can sleep safely, using units provided by Pallet Shelter, “the leader in rapid-response shelter villages,” according to a city statement.

“Our homeless residents deserve to sleep in safety, peace and dignity,” said Birmingham Mayor Randall Woodfin. “We want to offer them that, but also go further by offering resources that give them the opportunity to transition into permanent housing.”

The proposed pilot program, called “Home for All,” will be a community partnership that will include Pallet sleeping units and other services.

Pallet Shelter built shelter communities for the homeless in Fayetteville, Arkansas; Dallas, TX; Fresno, California; and Tacoma, Washington and other cities. The organization has built 1,764 sleeping units in 63 shelter communities with over 4,000 people served. Pallet Shelter would provide private, lockable sleeping units with heating and cooling and a desk. The micro-shelters would be clustered in safe and private communities, according to the proposal. Each can be assembled in less than an hour and at a fraction of the cost of traditional homeless shelters, according to Pallet Shelter.

The shelters are made with an aluminum and fiberglass reinforced plastic frame with an insulating foam core for the panels and shelves.

The pilot program would provide additional resources to people who sleep in shelters or on the streets of Birmingham each night and respond to an immediate need for shelter based on recommendations from members of the city’s homeless community and service providers. services, city officials said. He. It includes a plan for organizers to engage, assess and learn about the needs of homeless people for plans to create transitional and permanent supportive housing in the future.

If council approves the purchase of up to 100 sleeping units, the City will issue a request for proposals for the selection of the site and partners for the pilot program. They are looking for public service providers, non-profit organizations and institutions interested in piloting a capacity building program to support the chronically homeless with non-congregational housing and encompass the services needed to create sustainable living options. . For more information, visit birminghamal.gov/homeforall.

City officials say it’s part of a comprehensive plan to address the housing crisis, along with several ongoing affordable housing development projects across the city and down payment assistance, reduction lead and essential repairs. The city previously supported the construction of a new Firehouse Shelter facility with $1 million and the AIDS Alabama Way Station youth facility with $1.3 million.

Each year, the Department of Community Development provides more than $800,000 in federal grants to support emergency shelters and public service providers who help homeless people.

The City has also partnered with Jimmie Hale Mission and other community providers to open a warming station to increase the number of beds for those who need a warm place to stay in sub-zero temperatures. freezing.

Plane ticket of the day – Business Class – ONEWORLD Budapest to Los Angeles from 1,611 €