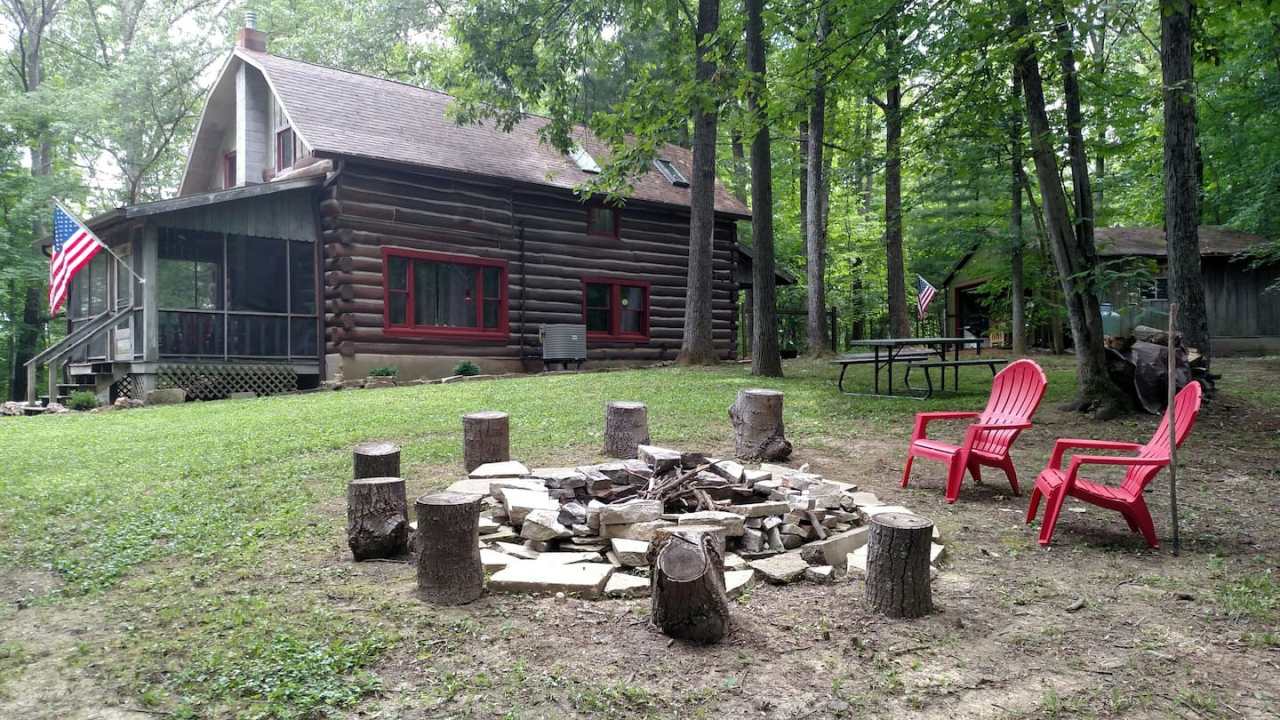 The couple, known only as Brian and Barb, host the “Simple Blessings Cabin” in eastern Monroe County, between Bloomington and Nashville, Indiana.

“When people are having a hard-earned vacation and money, we want our cabin to be magical and memorable,” said Barb. “We put extra touches like wild flowers, homemade bread and a personal note for our guests.”

This is how the house is described on the listing: