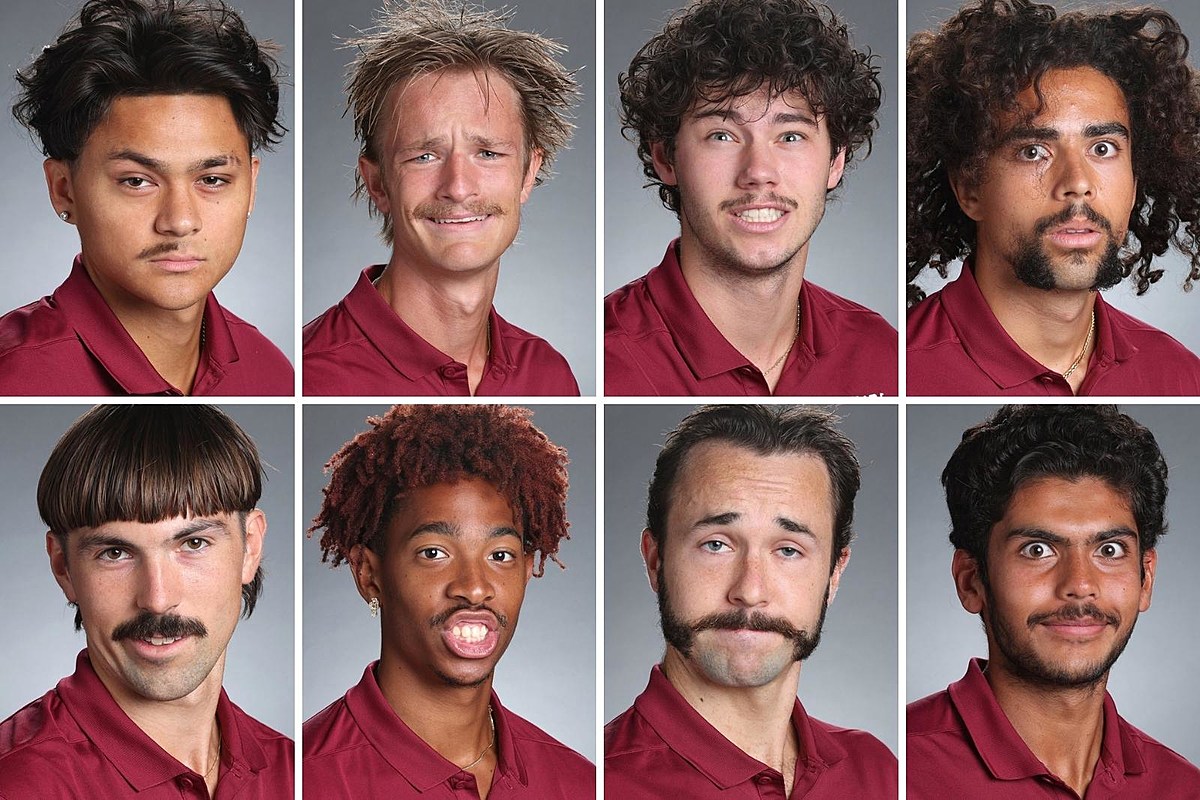 Remember last week when we said long distance runners were a special breed? Santa Clara University’s Cross Country just proved it. You might recognize some familiar faces in their now famous team photos!

From experience, picture day is usually the only day of the year when members of a cross-country team are almost unrecognizable. Women make up and let their hair down. Men are swapping their short shorts and tank tops for polo shirts. This is the most formal look you can see these athletes. After all, the natural state of long distance runners is drenched in sweat and sometimes covered in mud.

Typically. But the Santa Clara University men’s cross country team team photos are anything but typical! Last week, CITIUS MAG, an athletics website, paused its coverage of Eliud Kiphchoge’s world-record performance at the Berlin Marathon to share perhaps the most bizarre team photos on the internet. through their Twitter account.

The bizarre haircuts and weirdly groomed facial hair instantly went viral with people on social media claiming “it’s the most amazing thing I’ve ever seen”. It really looks like the whole crew had no idea it was picture day! It might be the best thing to happen to social media since Mark Johnson.

According to Oakland-based Fox affiliate KTVU, growing a mustache for the team photo is a tradition for freshmen, but upperclassmen are used to joining in the fun as a team-building activity. These Broncos may be based in California, but two of the team members hail from Boise.

His teammate, Josh Simboli, graduated from Timberline High School. He was a Top 10 program performer in the mile and steeplechase at Santa Clara.

It’s clear that the team is enjoying their newfound fame. They updated their Twitter bio to read “Official Santa Clara University Cross Country/Track & Field Twitter Account. Our head shots once went viral” and shared behind-the-scenes photos of how the one of the now infamous haircuts has become.

The way the internet has reacted to the funny photos is a breath of fresh air and a nice break from negative attitudes on social media! Here are some of our favorite tweets about Russell, Simboli and their Bronco teammates!

Everyone knows that The Blue is one of the most iconic fields in college football and there are a few colleges that wanted to follow suit. To do this, they needed Boise State’s blessing!

The former Boise State is representing Cape Verde in the 400 meter hurdles at the Tokyo Olympics. In addition to working for American Airlines to help fund his training and education as a chiropractor, he also hosts these amazing Airbnbs in Louisville, KY.

It’s been three long years since Garth Brooks sold out two nights on “The Blue” at Albertsons Stadium. We don’t have any information if the university plans to hold another concert in 2023, but we thought it would be fun to play “What If!”