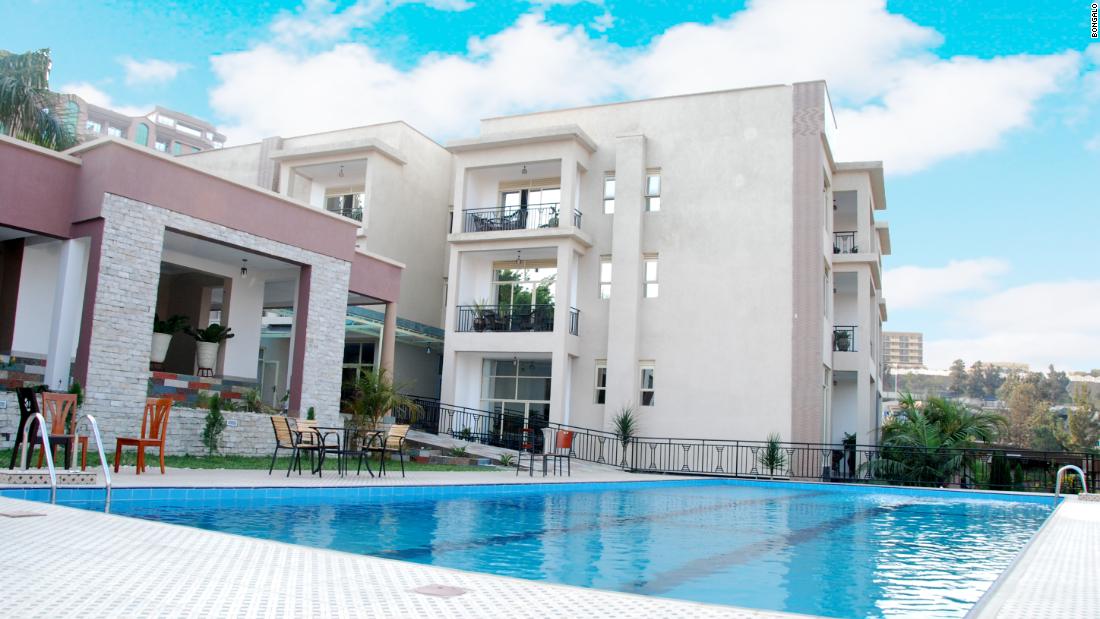 Bongalo: Could this Google-backed startup become the African answer to Airbnb?

(CNN) — Since its launch in 2008, Airbnb has taken the travel industry by storm. Sharing a house or renting an apartment has become a fashionable, and often more affordable, alternative to booking a hotel room.

More than a decade later, the company has 6 million active listings worldwide in more than 200 countries. But one region it has yet to break through is Africa.
Despite rapid growth over the past decade, Airbnb had approximately 130,000 ads across the continent in 2018 (the company would no longer disclose recent figures), with the majority in South Africa. For comparison, in May 2019 there were more than 80,000 properties listed in London only, according to city authorities.
The founder of the Cameroonian startup Nghombombong Minuifuong does not explain this by a lack of demand or supply, but by the absence of a method of payment particularly widespread on the continent. Guests and hosts on Airbnb cannot use mobile money, a system that allows users to send and receive money through a cellphone. It is becoming increasingly popular in Africa, where there are more half a billion registered accountsaccording to Global System for Mobile Communications (GSMA), an industry trade group.

Bongalo has listings in 12 cities in Cameroon and Rwanda.

That’s why he started bongaloa home rental platform that accepts mobile money and is vying to become Africa’s own Airbnb.

“My vision is to build a platform that…enhances travel across Africa by connecting people to affordable places to stay,” he says.

In terms of scale, the startup still pales in comparison to Airbnb. Bongalo launched in Cameroon in 2017 as a real estate company, but in 2019 moved to Rwanda, pivoting to its current model. It has more than 1,000 properties listed in total in the two countries and more than 5,000 users, Minuifuong says, but he expects demand to increase as Africans can travel more freely on the continent with the lifting Covid restrictions.

Domestic tourism across the continent has rebounded rapidly since the Covid-19 outbreak, says Christele Chokossa, consultant for market research firm Euromonitor International, in part thanks to less stringent travel requirements in Africa and the tourism industry that focuses on local travellers, she says. .

But good, inexpensive accommodation can be hard to come by. A report 2019 on hospitality in Africa, by online travel agency Jumia Travel, notes that “cost remains one of the main obstacles to faster development of local tourism” and that technology will be essential to bring prices down . The average hotel price in Africa’s most popular cities is $50 per night, he says.

Bongalo listings typically cost around $40 a night, Minuifuong says. Properties, which are checked before being listed, can be reserved through the company’s website and will soon be available on an app. The platform is particularly popular with customers between the ages of 25 and 35, he adds.

“The younger generation of tech-savvy travelers has embraced the convenience and affordability of the shared rental economy in recent years,” Chokossa said. “In countries like Cameroon, improved internet and social media penetration has given way to affordable hotel apartment rental options as it has made it easy for landlords to promote their services.”

By accepting mobile moneyBongalo also helps customers avoid the transaction and currency conversion fees that come with paying by credit or debit card, and taps into Africa’s “unbanked” market, as no bank account or internet access is available. is required.
This is crucial in sub-Saharan Africa, where less than half of the adult population has a traditional bank account, according to the world Bank. But mobile money has also become a preferred payment option for many people with bank accounts, says Minuifuong.

“The solution has penetrated the African continent so much, and everyone trusts it because of its simplicity and security. People prefer to use it over cards,” he says.

According to the GSMA, the region represented 64% of the value of mobile money traded globally in 2020 – a total of $490 billion.

Bongalo also accepts credit and debit cards, which attracts international tourists or the African diaspora, says Minuifuong, although he adds that the majority of customers live on the mainland and about half of them travel. usually in their own country. For the less tech-savvy who don’t want to book online, the startup has partnered with independent travel agents who can book a property directly for the customer or include it as part of a larger travel package. .

In 2022, Minuifuong wants to expand Bongalo’s operations to Ivory Coast, Senegal and Kenya. In the long term, he hopes it will be available in all African countries.

Competing with Airbnb will be a tall order as it “has become a household name across the continent,” says Chokossa. But she notes that the African market remains underpenetrated and that startups like Bongalo, which tailor services to local consumers, “could intensify competition in the future, especially if they receive support from international investors.”

So far, Bongalo has received $320,000 per Google’s Black Founders Fund in Africaa program that will see $4 million invested in 60 black-founded startups on the continent, and it is currently transitioning to a round of seed funding.

Even though Airbnb has started accepting mobile money payments, Minuifuong is convinced there is still room for his business.

“Competing with Airbnb is entirely possible because we understand how the market works,” he says. “It’s about people being more locally focused and using local solutions.”