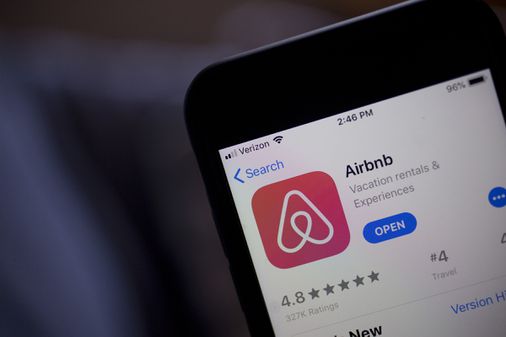 Airbnb has become a part of the travel culture in recent years. But a new study from Northeastern University links the growth of units listed on the Boston short-term rental app to 911 calls reporting violent crime.

The study, released last week, shows how the proliferation of short-term rentals in some Boston neighborhoods leads – over time – to a breakdown in trust and community bonds, said co-authors Dan O ‘ Brien and Babak Heydari. This, in turn, makes people more likely to call the police in case of suspicious behavior.

“When you think of Airbnbs, which are literally the most transient population you can imagine, they’re people who come in and out every few days,” said O’Brien, who teaches public policy and criminal justice at Northeastern. “This household itself is just a non-actor in the social fabric of the neighborhood, and you’ve basically created a hole there.”

The effect strengthens over time. 911 call rates don’t change much immediately, the researchers found, but they start to increase after a year, and more the following year. This suggests a gradual erosion of the small interactions that build and maintain community bonds.

Lately, the review of Airbnb security issues has intensified.

Last month, a woman from Wellesley lodged a complaint against the company after she was allegedly attacked at a rental in Barcelona. That same month, Bloomberg reported that Airbnb was spending around $ 50 million a year in payments to victims of crimes committed during their stay.

The researchers said they undertook the study because although the question of Airbnb’s link to crime was put in writing, no one had “done due diligence” to test the data.

Meanwhile, Tom Nolan, visiting associate professor of sociology at Emmanuel College and a former Boston police officer, said their use of 911 call data to measure crime was wrong.

“The data from 911 calls does not mean anything other than what a caller reports that they consider to be happening,” Nolan said. “In most cases, what the caller reports is not in fact what happened, if something did.”

Airbnb also disputed the results, releasing a lengthy rebuttal that criticizes the study for “flawed methodology” and claiming it does not show a link between the presence of Airbnbs and an increase in crime. The company also asked if a narrow Boston study could be extrapolated to other cities.

“The result is a document with inaccurate conclusions unsupported by evidence,” Airbnb wrote.

But for some in Boston, the conclusions ring true.

Ford Cavallari, president of the Alliance of Downtown Civic Organizations in Boston, said the proliferation of Airbnbs in residential buildings compromises safety because these rental operators do not have the same resources as a hotel. He started hearing from worried neighbors years ago when he was president of the North End / Waterfront Residents Association.

“I would ask the elderly people present at our meetings to come and see me and say to me: ‘I am really worried and I am afraid because there are all these strangers in the neighborhood who walk with these wheeled bags,’ said Cavallari, who advocated for the city’s stricter rules governing short-term rentals.

Criminologist Janese Free, associate professor of sociology at Emmanuel, said it is possible that such feelings are contributing to more 911 calls, especially those that are implied. But, she said, tying the increase to Airbnb could distract public attention.

“It distracts attention from the more macro-economic issues that cause crime: social inequalities, unemployment, residential segregation,” Free said. “And it’s putting it on something that I feel like it’s a flash in the pan.”

O’Brien said examining the correlation in Boston was a first step towards understanding a nationwide link, but that other researchers should test their results in other cities. .

“This is how science works,” he said. “We would like to see people. . . test it more in other places in a nuanced way.

Angela Yang can be contacted at [email protected]