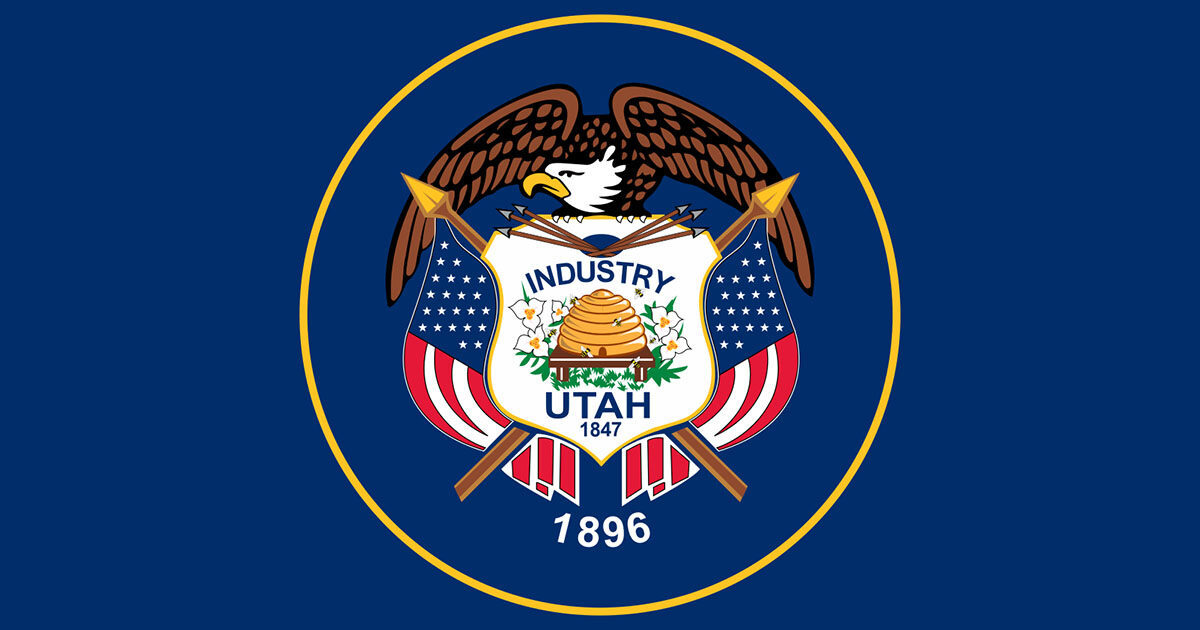 Republican Gov. Cox had pledged to veto the bill – which was hastily pushed through the Senate and heavily amended on the last night of Utah’s legislative session. The Governor’s pledge was met with resounding praise and appreciation for standing up for the transgender student-athletes whom the Governor addressed, saying, “I just want them to know it’s going to be okay.” In a letter explaining his veto, Governor Cox said: “Rarely has so much fear and anger been directed at so little. I don’t understand what they are going through or why they feel the way they do. But I want them to live.

Governor Cox is the second Republican governor to veto a ban on anti-trans sports in as many days; Indiana Governor Eric Holcomb vetoed a similar bill in his state yesterday.

“Governor. Cox has heard the voices of transgender students and their families, medical experts, the business community and sports fairness advocates, all of whom oppose discriminatory legislation like HB 11. He has shown he sees the humanity of transgender youth targeted by this legislation — something that governors of states like South Dakota and Iowa have refused to do.

Utah’s transgender children, whether or not they want to play sports in school, will be better off thanks to Governor Cox’s decision today, and the Human Rights Campaign appreciates his veto. We urge lawmakers to uphold the governor’s veto because all children in Utah deserve better than to be treated like political pawns – what they deserve is having fun with their friends, doing exercise and learn to be part of a team.

In February 2021, Governor Cox said he would not sign a bill then before the Utah Legislature that would have banned transgender girls from participating in girls’ sports from kindergarten through the 12th year. Cox reflected on the struggles that transgender youth face, saying, “These kids are…they’re just trying to stay alive. “At the same time, state lawmakers across the country have continued an unprecedented assault on transgender youth. A record number of anti-transgender bills were introduced in 2021, primarily focused on denying transgender youth access to gender-affirming care and participation in school sports programs. Even more anti-transgender laws are set to be introduced in 2022. There are over 320 anti-LGBTQ+ bills pending in state legislatures across the country. Of these, at least 130 directly target transgender people and about half of them (more than 70 bills) would prohibit trans youth from participating in school sports consistent with their gender identity.

Caught in the crosshairs of the divisive political strategy of anti-LGBTQ+ elected officials are children who are simply trying to navigate their teenage years. Transgender youth, like all young people, derive benefits from participating in school sports: leadership opportunities, better physical and mental health outcomes, self-discipline, self-confidence, teamwork and, of course, fun. – and they should not be prevented from doing so. participate in school sports because of who they are.

Even when anti-transgender legislation does not become law, politicians are guilty of the harm they cause to the well-being of LGBTQ+ people simply by being subjected to continual legislative attacks on their dignity and humanity. As we have seen earlier this monththere are real consequences to the discrimination perpetrated on LGBTQ+ people, and especially transgender youth.

Anti-transgender attacks as a topic of political discussion

Lawmakers in a record 34 states introduced 147 anti-transgender bills in 2021, focusing on discriminatory anti-equality measures to drive a wedge between their constituents and score short-term political points. In 2021, lawmakers in twelve states passed anti-LGBTQ+ bills although they did not provide examples of what exactly they legislate against.

The mere act of introducing anti-transgender bills and peddling anti-transgender rhetoric has already had a detrimental effect, leading to Resources for LGBTQ+ youth are surreptitiously removed from a government website, 11-year-olds literally have trouble sleeping, and a school district banning graphic novels with a transgender character after a parent’s complaint. 2021 and 2020 have been the deadliest and second deadliest years on record for trans and gender non-conforming people, respectively, with the human rights campaign recording at least 50 violent deaths in 2021 alone. A new Trevor Project investigation shows that a startling 85% of transgender or gender non-binary youth say their mental health has been negatively affected by these legislative attacks.

Anti-transgender content on social media is also a radical question on its own. That’s in large part because transgender youth are among the most marginalized, voiceless, and helpless communities in America, and because right-wing arguments play on long-standing misogynistic, racist, and sexist tropes about gender roles. of gender.

These bills are the result of a concerted effort by right-wing organizations that have been fighting LGBTQ+ advances for years. In recent elections, one of the main anti-equality groups working to roll back decades of LGBTQ+ progress has been the American Principles Project (APP). APP and its chief underwriter Sam Fieler have invested millions of dollars to support anti-LGBTQ+ contestants. In 2020, APP spent more than $2.6 million in ad spend to support anti-equality candidates. In Virginia in 2021, APP spent at least $300,000 on digital advertising in support of Glenn Youngkin’s gubernatorial campaign.

More than 150 major American companies have stood up and spoken out in opposition to proposed anti-transgender legislation in states across the country. Companies like Amazon, American Airlines, Apple, AT&T, AirBnB, Dell, Dow, Google, IBM, Lyft, Marriott, Microsoft, Nike and Paypal have objected to these bills. Four of America’s largest food companies also condemned “dangerous and discriminatory legislation that serves as an attack on LGBTQ+ people, especially transgender and non-binary people,” and the The Walton Family Foundation released a statement expressing “alarm” at the trend of anti-transgender legislation that recently became law in Arkansas. And more than 60 major corporations have joined the HRC in urging Texas Governor Abbott and elected officials across the country to abandon anti-transgender efforts.

Many are rightly protecting the legacy of women’s sport in this country, and a strong Title IX is at the heart of that legacy. It is important to note that advocates for women and girls in sport – such as the National Women’s Law Center, Women’s Sports Foundation, Women Leaders in College Sports and others – support inclusive policies and oppose efforts aimed at excluding transgender students from sports participation. The same goes for top female athletes including Billie Jean King, Megan Rapinoe and Cheryl Reeve. Indeed, while women’s sports face real challenges, including a lack of resources dedicated to supporting them, transgender participation in athletics is not one of them.

Trans equality is popular across all demographics

The reality is that, as sensational and polarizing as this issue may seem, public opinion polls across the country show strong support for inclusive and pro-equality policies:

A PBS/NPR/Marist Poll says 67% of Americans, including 66% of Republicans, oppose anti-transgender legislation banning sports that is proliferating in 30 states.

In a poll of 10 swing states conducted by the Human Rights Campaign & Hart Research Group in 2020 showed:

Another survey conducted by the Human Rights Campaign & Hart Research Group found that when it comes to transgender youth participation in sports, the strong public tilt is on the side of fairness and equality for transgender student-athletes. 73% of voters agree that “sport is important in the lives of young people. Young transgender people should have the opportunity to participate in a way that is safe and comfortable for them.

Ja Human Rights Campaign is America’s largest civil rights organization working for equality for lesbian, gay, bisexual, transgender and queer people. HRC envisions a world where LGBTQ+ people are considered full members of society at home, at work and in every community.