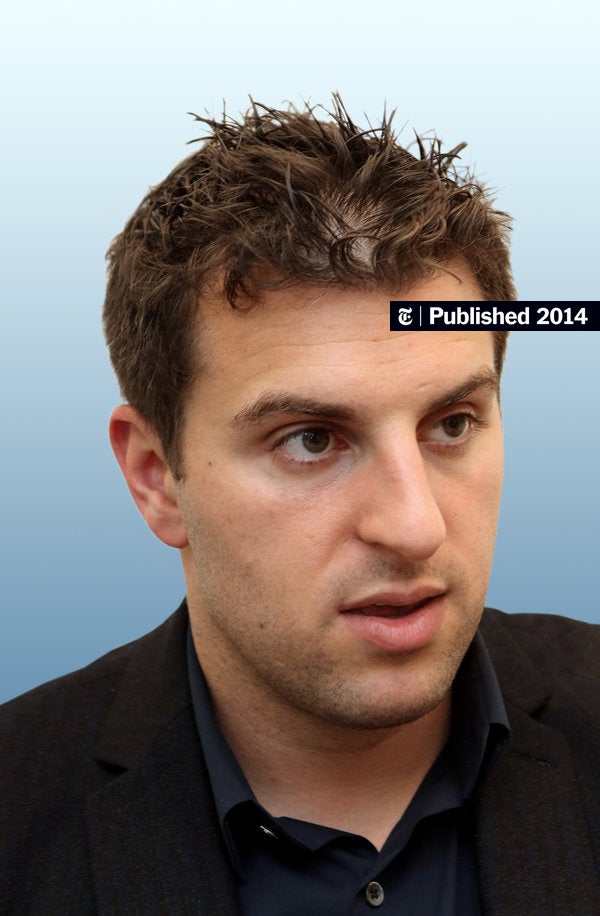 Brian Chesky of Airbnb, on Scratching the Itch to Create

And I think there was a lesson there. One of the things I always tell entrepreneurs is solve their own problem. A lot of people are way too academic about what they’re trying to create. But each has their own itch – something they are trying to resolve. For us our problem was that we didn’t know how to make a rent, we had that extra space and we wanted to meet people. So we created this idea.

How has your leadership style evolved since you started the company in 2008?

The most important thing that I have learned to do is to learn. I had to come to terms with the fact that I will constantly be in uncharted waters and constantly going to do something that I have never done before. I had to learn to get comfortable in a role of ambiguity where I had to seek out counselors and learn quickly.

The second thing I had to do was not to be reluctant as a leader. When you start leading people it can be a little uncomfortable – maybe you feel like you’re bossy, maybe you’re mean, you might be reluctant to make decisions or give your opinion. But I lifted any reluctance every time a crisis arose, and I made the unilateral decision to be blunt. And when I started doing that, I realized that people get richer from it, and it’s so much more useful for people.

How to hire? What are you looking for and what questions are you asking?

For every hire, you need a thesis that is very specific about what you’re looking for, and it should be straightforward. It can’t be a bunch of responsibilities; it has to be a word, or a mantra, and it has to be around the outcome or goal that I want them to achieve.

More broadly, we are looking for people who see the world as it could be rather than as it is. They are dreamers, great thinkers, and they are generally confident – they are not cynical, although they are very annoying and ready to question the status quo. They are children at heart – not in terms of maturity, but in terms of curiosity.

I also ask people to sum up their life in three minutes. I try to understand the decisions and formative experiences that have influenced who you are as a person. Once I figure that out, I’m trying to figure out the two or three most remarkable things you’ve ever done in your life. Because if you’ve never done anything remarkable in your life until now, you probably never will.

What advice do you give to graduates?

I would say, don’t listen to your parents. These are the most important relationships in your life, but you should never take your parents’ career advice, and I use parents as an indicator of all the pressures in the world.

I’m also saying that whatever career you find yourself in, assume it’s going to be a massive failure. This way, you don’t make decisions based on success, money, and career. You only do it by doing what you love.

Airbnb: Rome from £75 a night – don’t look out the window