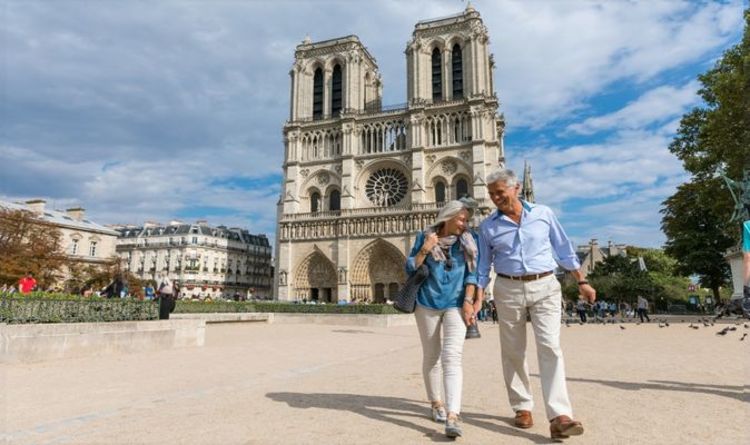 Lee McLaughlan moved to France a few years ago and spoke to Express.co.uk about the ups and downs. It is estimated that 200,000 Britons live in France.

Lee told Express.co.uk: “My wife and I had owned a holiday home in France for a few years and the original plan was to move to France no earlier than 2019.

“However, there was a combination of factors that drove this forward. First, friends would ask us why we waited to move when we just had to.

“Second, Brexit. We wanted to be in France before the original Brexit deadline, who knew it would take another year or so to sort it out!

“My working conditions have also changed. I was made redundant and I could either look for another job or try our luck and become independent in France.

“We opted for the latter and moved to Haute Vienne, which is very popular with the British.

Haute Vienne is located in the southwest of central France and is famous for the Fortress of Châlucet.

The fortress is one of the most beautiful ruins in France and has been inhabited by both lords and bandits.

There are also many outdoor leisure activities available in France, including the forest trails at Espace Hermeline.

Lee said, “Our move was pretty straightforward as we already owned a property.

“At the time of the move there was no real paperwork as the UK was still part of the EU.

“It was just sorting out the moving van, sorting the pet passports for our two cats to come with us and leave!”

“The paperwork is more about working here, enrolling in the health care system and having everything in place to live here.”

Lee told Express.co.uk he found the ownership process quite “straightforward” in France.

He said: “The key part when buying a house in France is to go and see it, to go and see the village / town and the area to make sure this is the place. where you want to live.

“The process was pretty straightforward. Once the sale price has been agreed, there is a short cooling-off period.

“Once that is over, the seller can’t back down – unless they want to take a huge financial hit.

“If you’re a cash buyer, the process is definitely easier. In terms of agents, we also used French agents to buy a second property. They are also very good.

“The main difference is that the French operate more by phone and face to face and less by email, compared to British agents in France. “

Lee said the quality of life is better in France, telling Express.co.uk: “I don’t have a mortgage, I work from home, so no commute.

“The lifestyle is more relaxed and more focused on family and friends.

“I can live without a mortgage in France, which would have taken me another 10 years to achieve at least in the UK.

“Fuel is cheaper, just like wine! There is a general feeling on social media forums that France is more expensive but I think it depends on the lifestyle you want to lead.
“When the costs are higher, it’s usually because the product is of better quality.

Bramleys real estate specialists have found that the French lifestyle can be very affordable if you look outside of Paris.

The 5 Most Beautiful Painted Churches in Texas, Including St. Paul and Serbin Lutheran Church