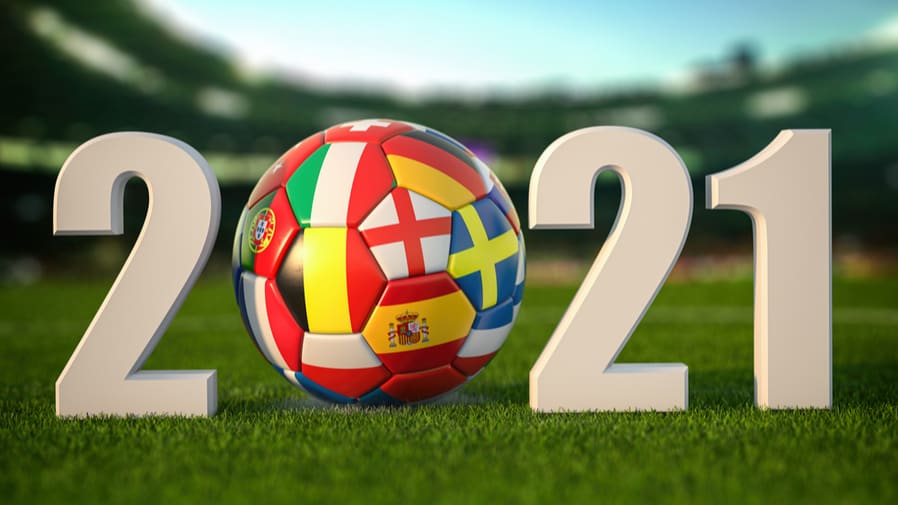 The high point of the heartbreaking Euro 2021 is almost upon us. Could this be the year England’s 55-year-old curse is broken? We will find out in just two days when England face Italy and it will be the game of a lifetime.

The UK has been a football mad nation since time immemorial. In the 19th century, England codified the rules of this game. It is also home to the world’s most famous domestic circuit, the Premier League. And not much has changed so far. In this new era of the tech-driven world, it’s evident that the UK is also home to some of the most notable startups that are striving to make gaming more convenient and the way fans can engage with it.

It may have taken 55 years – and nerve-wracking 120 minutes at Wembley – for England to reach the Euro Cup final this year, but we present you with a list of stellar startups that will help you wait for the final match more easily and keep you engaged during the match.

UK-based online soccer games startup Soccer Manager empowers players to manage their favorite team. Founded by passionate soccer brothers Andy, Chris and Steven Gore, the company’s games are now played in 234 countries around the world and have been downloaded by more than 50 million players, attracting more than a million active users every month.

Globally comparing prices in the world of football and the technology it has developed, the Football and Sportswear Price Comparison Website is the UK’s leading price comparison startup for football and sportswear. sports clothing. You can find the best prices for sneakers, soccer shoes, soccer kits and sportswear here.

The company now works directly with over 100 retailers as well as an ever-growing number of football clubs looking for alternative routes to the market.

The innovative Fan Funding Platform strengthens and enables fans to invest in the football clubs they love. Football clubs can create campaigns on Tifosy for everything from funding new training facilities to developing a youth academy. Just like with crowdfunding platforms, fans can financially support a project in exchange for a reward.

By allowing fans to further support their favorite clubs in such a convenient way, the company has strengthened the bond between clubs and their supporters.

The startup is trying to maximize football player development and deliver coaching improvement solutions like never before. It has created football boot tethers, which are also endorsed by Arsène Wenger, FIFA’s football development manager, and used by a growing number of football clubs. Each Playermaker strap contains a six-axis motion sensor to sample motion 1,000 times per second. This helps players measure and compare their performance in a wide variety of parameters relevant to football. The technology is already used by more than 150 elite academies and professional teams around the world, including Norwich, Liverpool and Arsenal.

Aiming to become the Airbnb of booking sports facilities, the startup was founded almost by accident by three childhood friends. All of them were avid sportspeople and tried to solve the puzzle of reserving football pitches and other sports facilities for amateur sports teams. Reservations for these are often still managed using paper calendars and Excel spreadsheets, making the process extremely cumbersome.

Pitchbooking has digitized the entire process. It allows members of the public to search, book and pay for sports facilities in less than 60 seconds. The company now has over 1,000 facilities in the UK that use its service. Its clientele is heavily geared towards football pitches, particularly the all-weather 3G pitches which are in demand as they can be played throughout the rainy UK winters.

Now expanding its reach into the United States, the startup recently won its first contract with a football facilities company in Minneapolis.

The initial idea for the website came when the founders, all football fans, noticed that there was little investment in football-related start-ups. Following the concept of citizen journalism, the technology-based football news platform is powered by thousands of regular contributors providing hundreds of daily articles in 11 different languages. It currently generates more than 100 million pageviews and millions of monthly active users on the web, mobile networks and social networks.

When Portuguese footballer Hugo Cortez’s playing career was cut short due to injury at the age of 22, he turned to the football coach and realized the weaknesses of amateur coaches. Thus, a startup that could help coaches become more efficient and achieve the best results from their teams was born. The company now collects and analyzes data from football matches that coaches can then use to plan their training sessions.

It provides tools to help coaches with basic player organization or to seek out training drills and support in planning training sessions by combining the team and session management process. training with its unique virtual assistant coach function, which analyzes match data and makes recommendations. or issues alerts to the coach who can use it to improve their team’s performance.

The startup is a digital fan engagement platform for football enthusiasts. The platform allows users to access content, videos, news, updates, documentaries and videos of famous soccer players. Other platform features include live chats, daily challenges, and player Q&A. Complaints to provide a meet and greet of players, tickets and signed merchandise

Organizing content for some of the world’s greatest players that focuses on their lives off the pitch, players who have pooled their image rights and content on the platform include Lionel Messi, Neymar, David Beckham and Zinedine Zidane

Launched in 2012 as a YouTube channel, Copa90 is a football media startup that creates content for fans around the world. The world’s multiplatform, digitally connected football fan base around a combination of fan-centric programs, products and services has over a billion views of their content. With a network of over 250 million and over 500 creators in over 50 countries, the startup uses Snapchat, WhatsApp, and other exciting channels to be the brand for next-gen sports media.

The startup is an innovative fan-driven app that is changing the way billions of global fans engage using AI, robotics and blockchain. The platform follows a powerful concept that is revolutionizing the world of football by bringing fans to a unique and highly immersive platform.

Since launching his app in 2020, he has had over 3.2 million fan interactions in fan stories, videos, highlights, opinions, joke rooms, and reactions to the latest results. Driven by the motto “by fans, for fan ethics”, the platform is supported by several key features including personalization and engagement, with fans having the ability to create and contribute their own focused content. about football.

Elsa comes out, then the sun, then more thunderstorms

Hosting an Airbnb right now is harder than you might think

Inside Housing – Insight – The Week in Housing: tenants take a stand on…