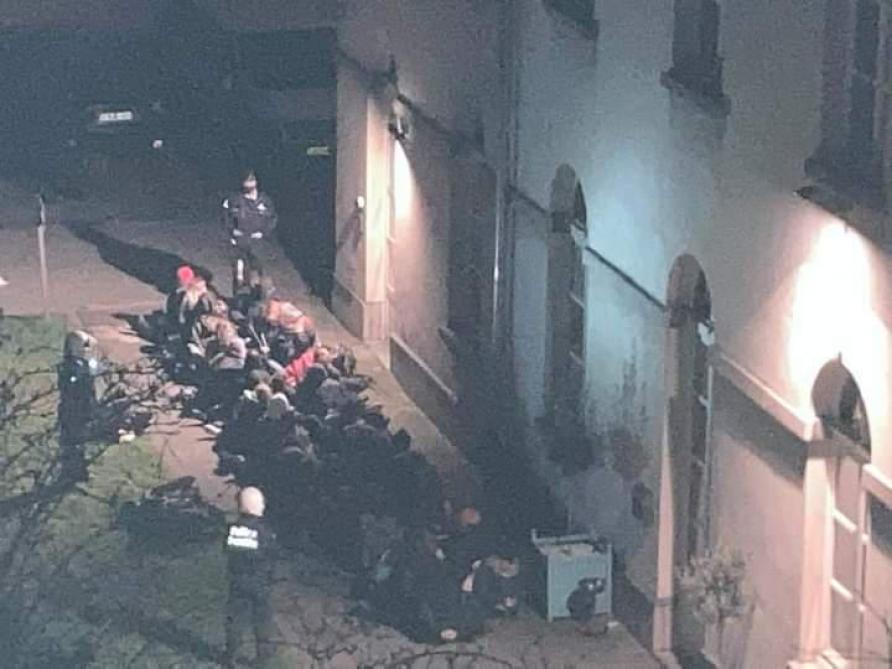 Brussels: “38 arrests” on the sidelines of the occupation of the former Pacheco hospice

The Brussels police intervened this Friday in order to dislodge a collective of about fifty squatters who had entered earlier in the afternoon in the former Pacheco home.

THEhe police of the Polbru zone intervened in the early evening to dislodge a group of fifty squatters who had entered the former Pacheco home earlier in the afternoon, a historical priority of the CPAS of Brussels located in the city center. The “Solidarity Requisition” campaign, which brings together several groups of squatters and activists for the right to housing – and which has carried out several operations of this type in recent weeks – had communicated earlier in the day in order to demand this political occupation.

An occupation responding to the social emergency

“The old hospice is a building particularly emblematic of the lack of pro-activity – even of the ill will – of the public authorities” had stated the platform in a press release. “Videet guarded for four years, a temporary occupation is currently envisaged by the CPAS but with private operators and without housing space. The campaign of solidarity requisitions and the voice of undocumented migrants are therefore delighted to propose instead an occupation responding to the social emergency, adapted to the building and without any lucrative purpose. According to the platform, the aim of the coup thus carried out was to temporarily house members of the La Voix des Sans-Papiers collective, which has precariously occupied several buildings in Brussels for several years.

“If they come with a project, then the door is open to talk about it”

An initiative obviously little to the taste of the CPAS and its president, the socialist Khalid Zian. “We learned around 5:40 pm that a collective had entered the Pacheco Institute without authorization. We received an email from them to inform us of the fact that they were asking for a temporary occupancy permit, ”we let his spokesperson know. “We were faced with a fait accompli, not surprisingly because we have always said that we were open to occupancy agreements. If they come up with a project, then the door is open to talk about it. “

Quickly, the police got involved. “Around 6 pm we were informed of the presence of people in the building. At the request of the CPAS, we are negotiating ”, indicates Ilse van de Keer, spokesperson for the police zone. “We have arrested 38 people who will be able to dispose of them after identification. “

At the stroke of 9 p.m., the people arrested began to be released, we indicate a spokesperson for the platform.