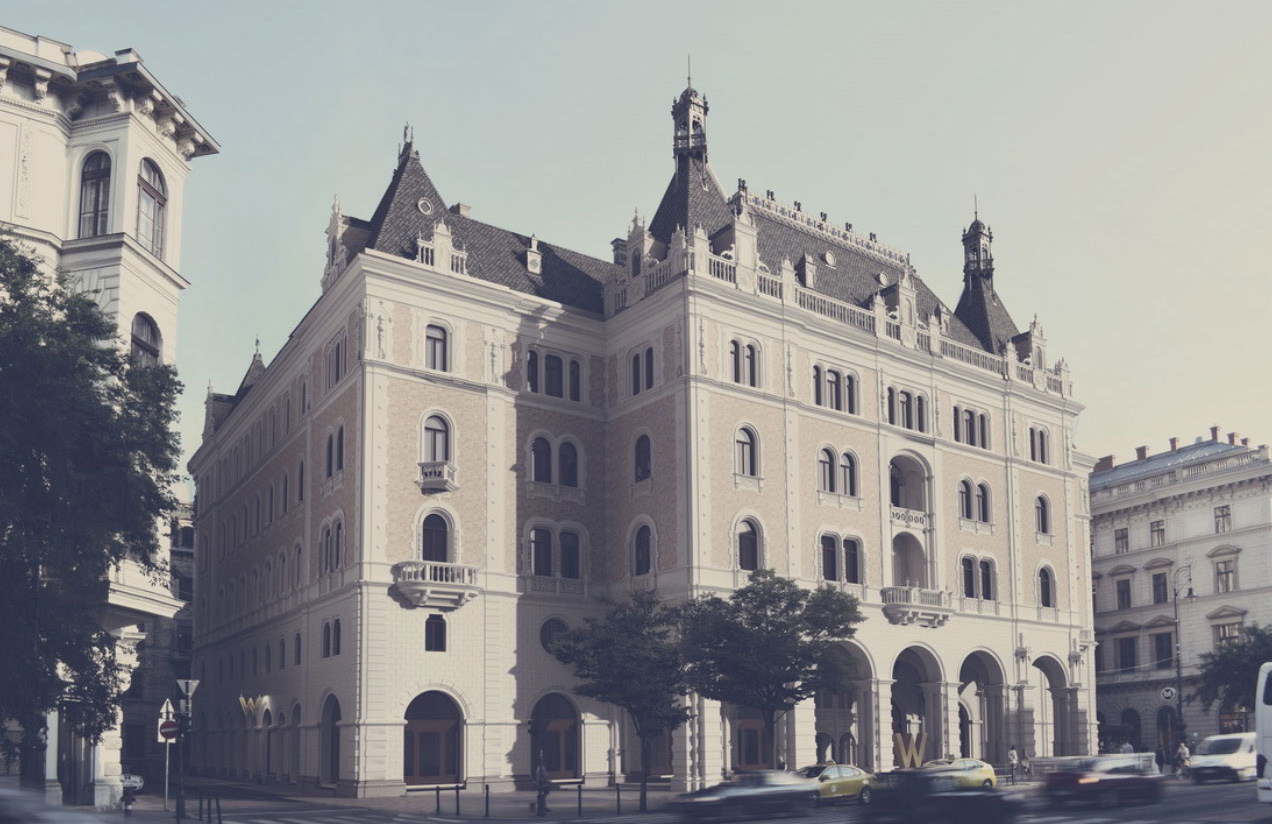 After decades of inactivity, Budapest‘s legendary Dreschler Palace has reverted to being a five-star hotel and will welcome its first guests next year.

The French Renaissance-style neo-Gothic building dates from 1883 and was designed by Ödön Lechner and Gyula Pártos for the Hungarian Railways Pension Institute. It was a building with a cafe, brasserie, and bowling alley, and over the following decades it was used as dance studios for the National Ballet Institute and the Dreschler Hotel.

The Dreschler Palace has been languishing behind boards since the 1990s but will reopen as the W Hotel, operated by Marriott International, in 2022. According to The Budapest Times, construction is already underway on the site, with a still opening date. to be announced. The Budapest group DVM is taking care of the renovation of the 16,000 m² palace, which is culturally protected.

The W Hotel Dreschler Palace will be the hotel brand’s first outpost in Hungary. It will have 154 rooms and restaurants, a bar and event facilities as part of its adaptive reuse and renovation. While the building has undergone several changes in use and construction work due to fire and damage during WWII, its interiors are largely intact, including two grand staircases, stained glass windows, and decoration period in most of the rooms.