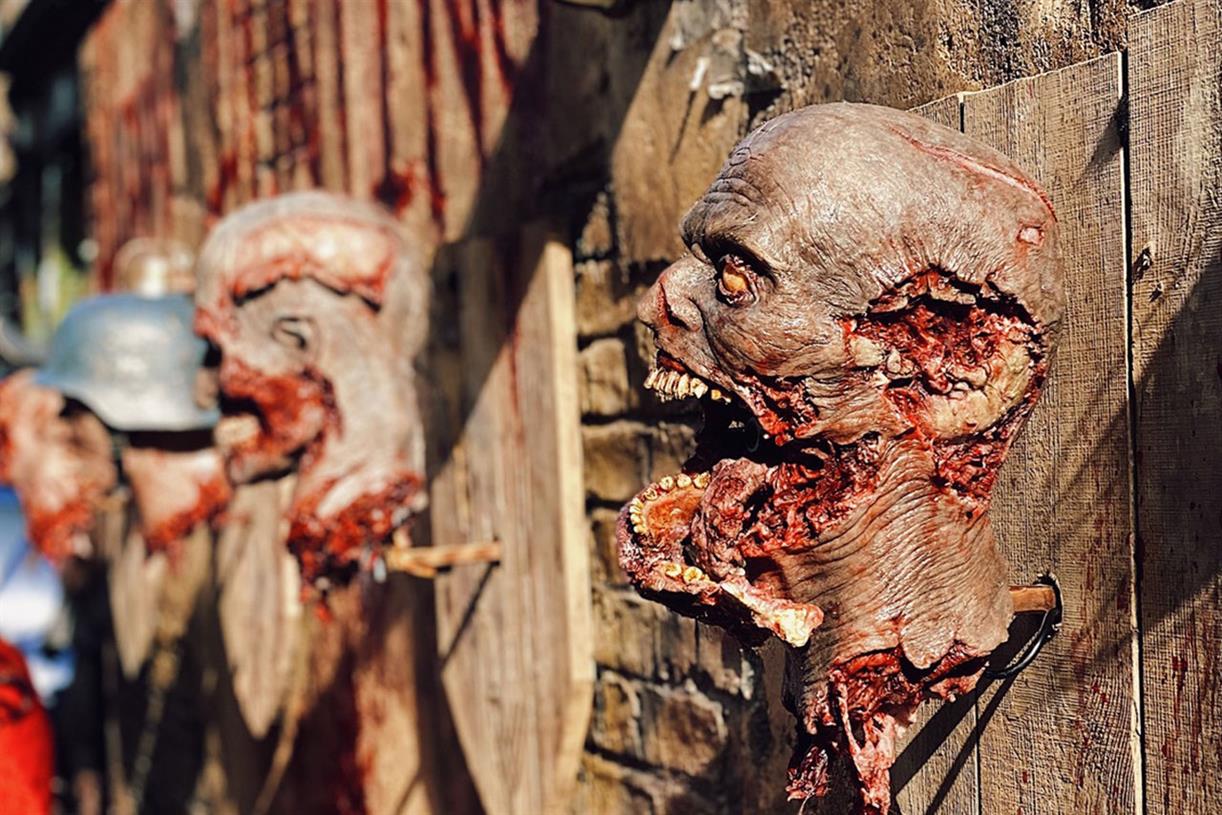 Video game brand Call of Duty has erected five life-like zombie heads (!) From its latest title Call of Duty: The Vanguard to interact and react with passers-by. The heads, located on Brick Lane in London, are mounted on a wall using grungy taxidermy-type plaques with the words “Happy hunting” written in “zombie blood”. He also sent individual zombie heads in WWII style crates to 10 influencers to give them a spooky surprise. Activision partnered with its lead creative agency, 72andSunny Los Angeles, to make the project happen.

Airbnb invites its customers to stay in a Scream-themed home in honor of the eponymous film’s 25th anniversary and upcoming sequel in 2022. In keeping with the original film’s 1996 release, the Northern California home will be a time capsule of 1990s nostalgia The building includes knife marks on the doors, a dedicated phone line for guests to reach directly to Ghostface, and a TV and VHS player on which to watch horror movies.

Baileys has launched a global advertising campaign that follows three witches who get together to make cocktails when their Halloween plans are thwarted by the weather. With three British drag queens – Tia Kofi, Veronica Green and Asia Thorne – the trio conjure up a Baileys S’Mores Martini Cocktail served with a toasted marshmallow and gold leaf. During campaign development, the team partnered with Diageo’s LGBT + employee group, the Rainbow Network, and INvolve, a global consultancy that advocates for diversity and inclusion in business. This was to ensure that the final publicity and overall message was an authentic portrayal of flirting, in the context of the LGBT + community.

No sleep for the Kraken 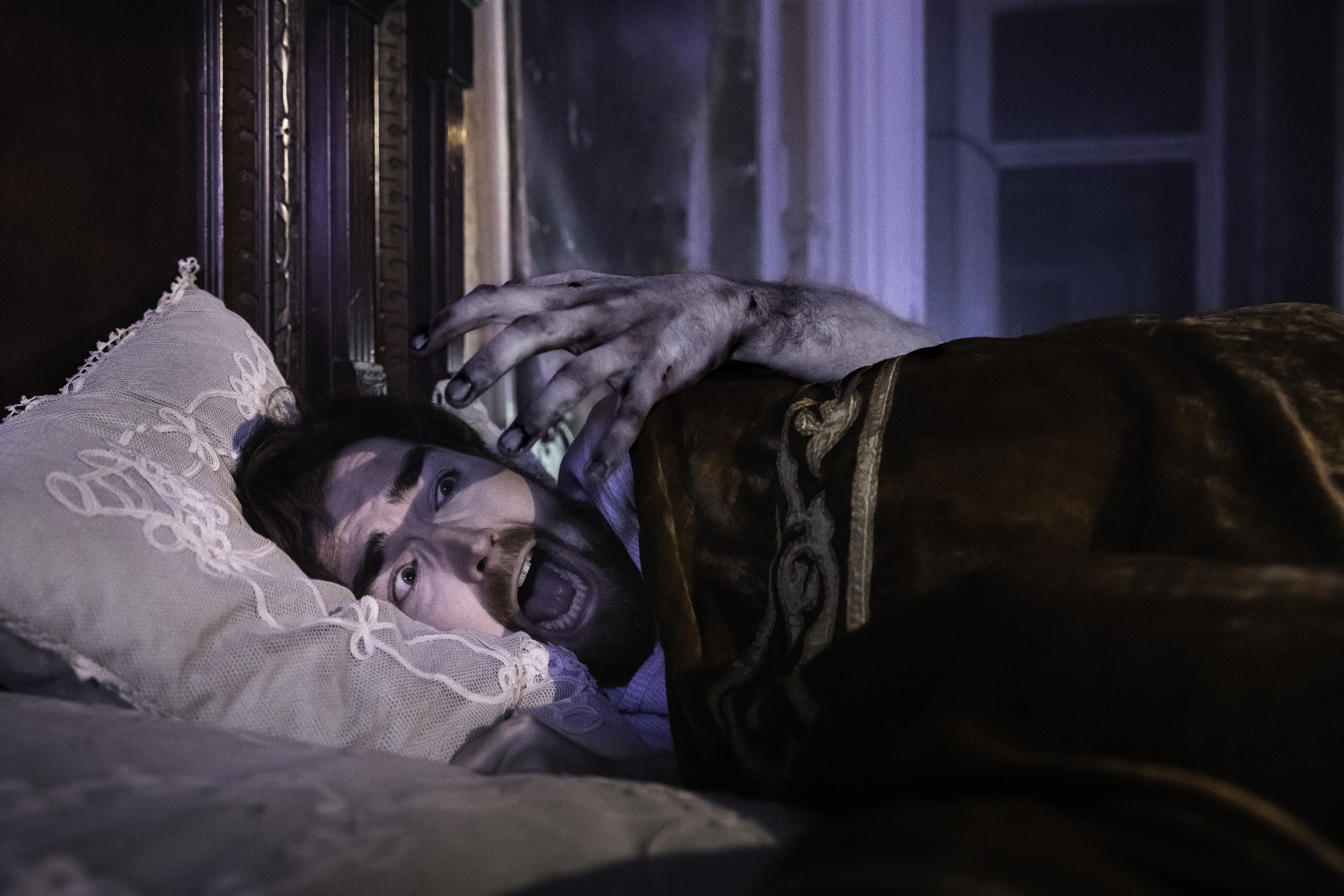 Rum brand The Kraken takes over an abandoned London hotel for the ‘Kraken dread & breakfast’, where guests won’t get much sleep. The night will be filled with hoax phone calls, suspicious beatings, screaming in the hallways, and figures from beyond the grave entering the rooms unexpectedly just as guests fall asleep. Each evening, a handful of visitors to the hotel bar will be invited to brave the terrifying stay.

Ardbeg hits the road with the ‘Ice scream’ tour 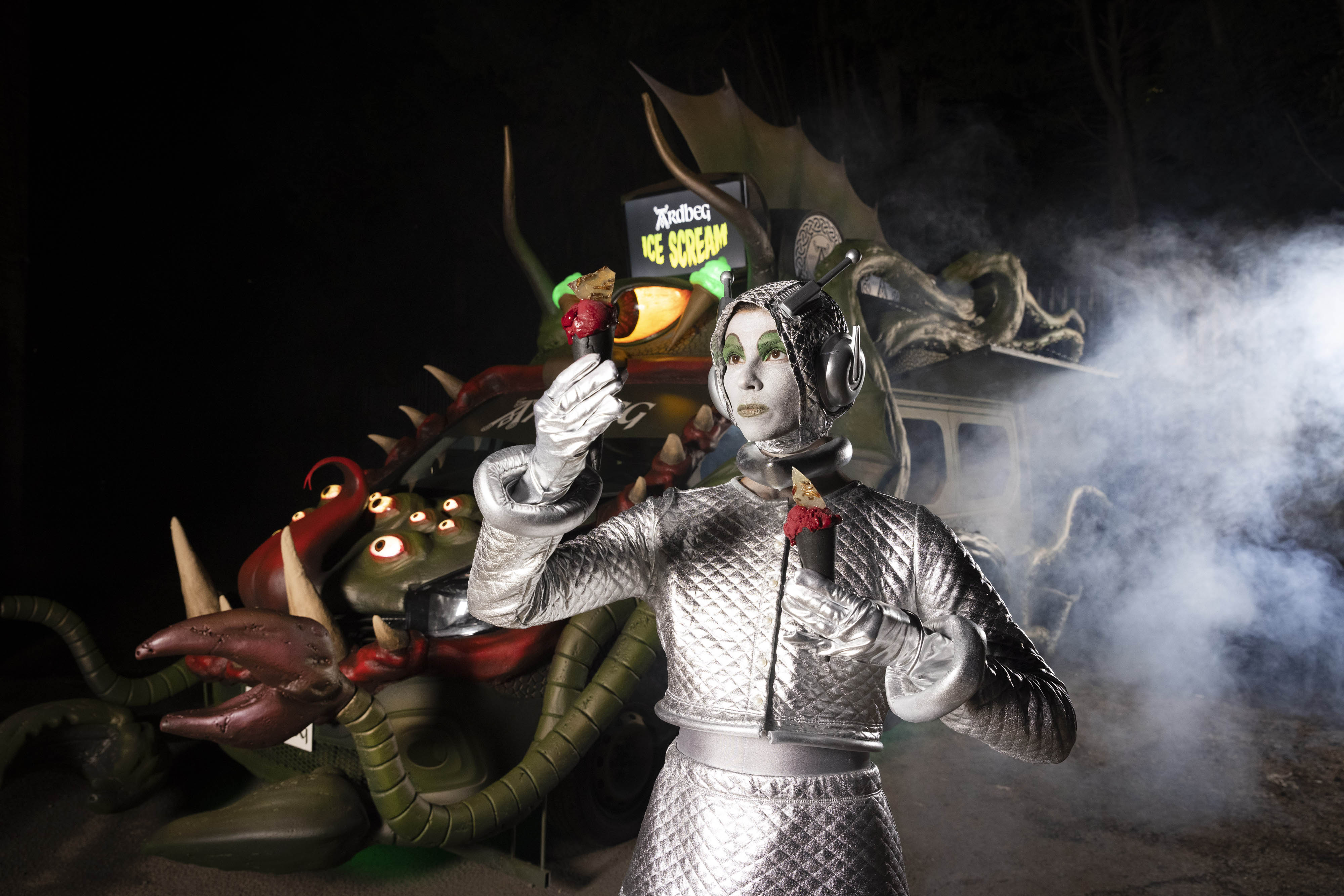 The Scottish whiskey label Ardbeg has deployed a monstrous “Ice scream truck” that will visit London, Glasgow and Edinburgh. Paying homage to classic B-movie beasts, the vehicle features horns, tentacles and googly eyes. The ice cream was created in partnership with the founder of artisanal salon Ruby Violet and includes “Cookies & scream”, made with Ardbeg Wee Beastie flavored ice cream in a charcoal sandwich, coated in crunchy mealworms (optional). The van will be accompanied by a “Smoke Monsters” cage, where the Louis Vuitton-owned brand Moët Hennessy will organize 45-minute cocktail tastings by reservation. 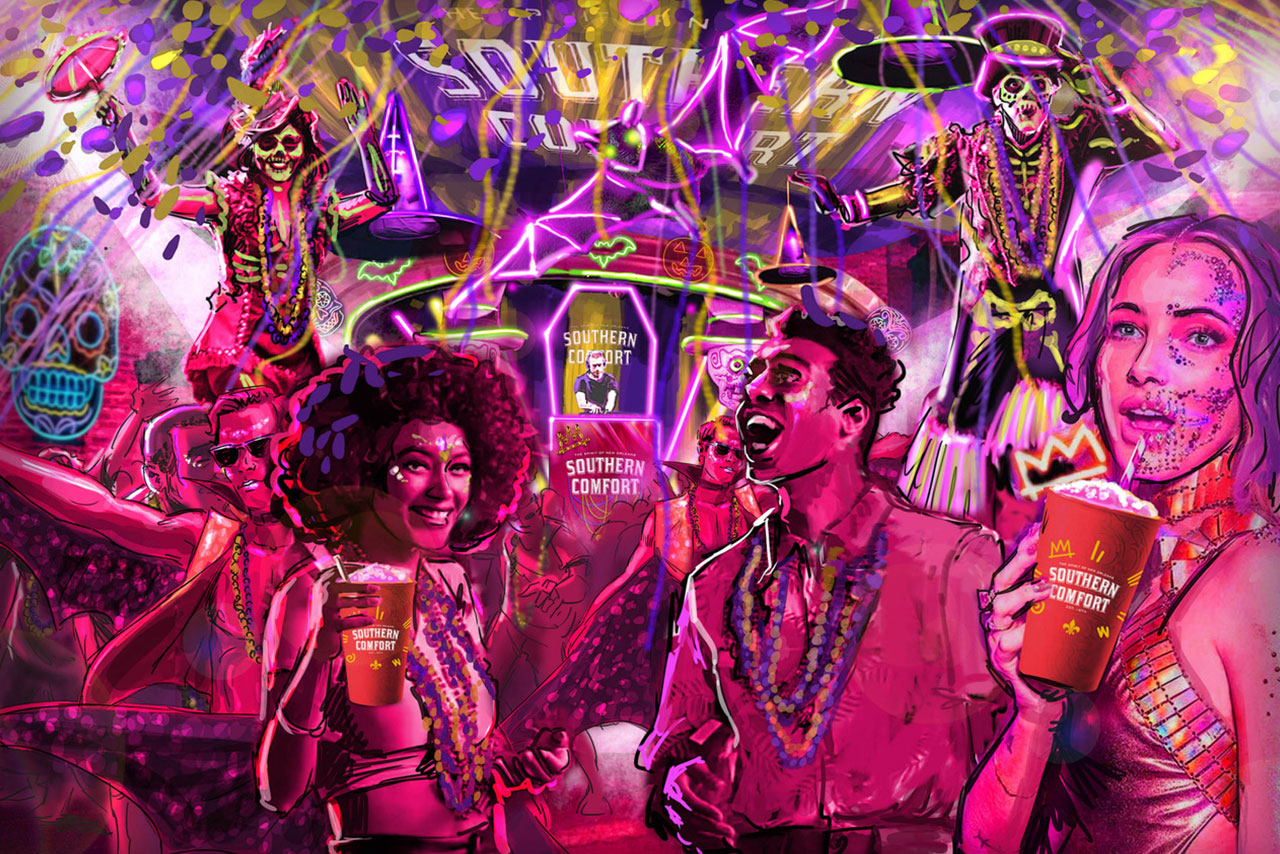 Southern Comfort is hosting a New Orleans-themed Halloween party created in collaboration with the British collective Cirque Du Soul. Hosted at Lafayette London in Kings Cross, the venue will undergo a New Orleans-inspired makeover based on the city’s neon-lit streets. Guests can look forward to Halloween dancers, performances and make-up artists from In Your Dreams. 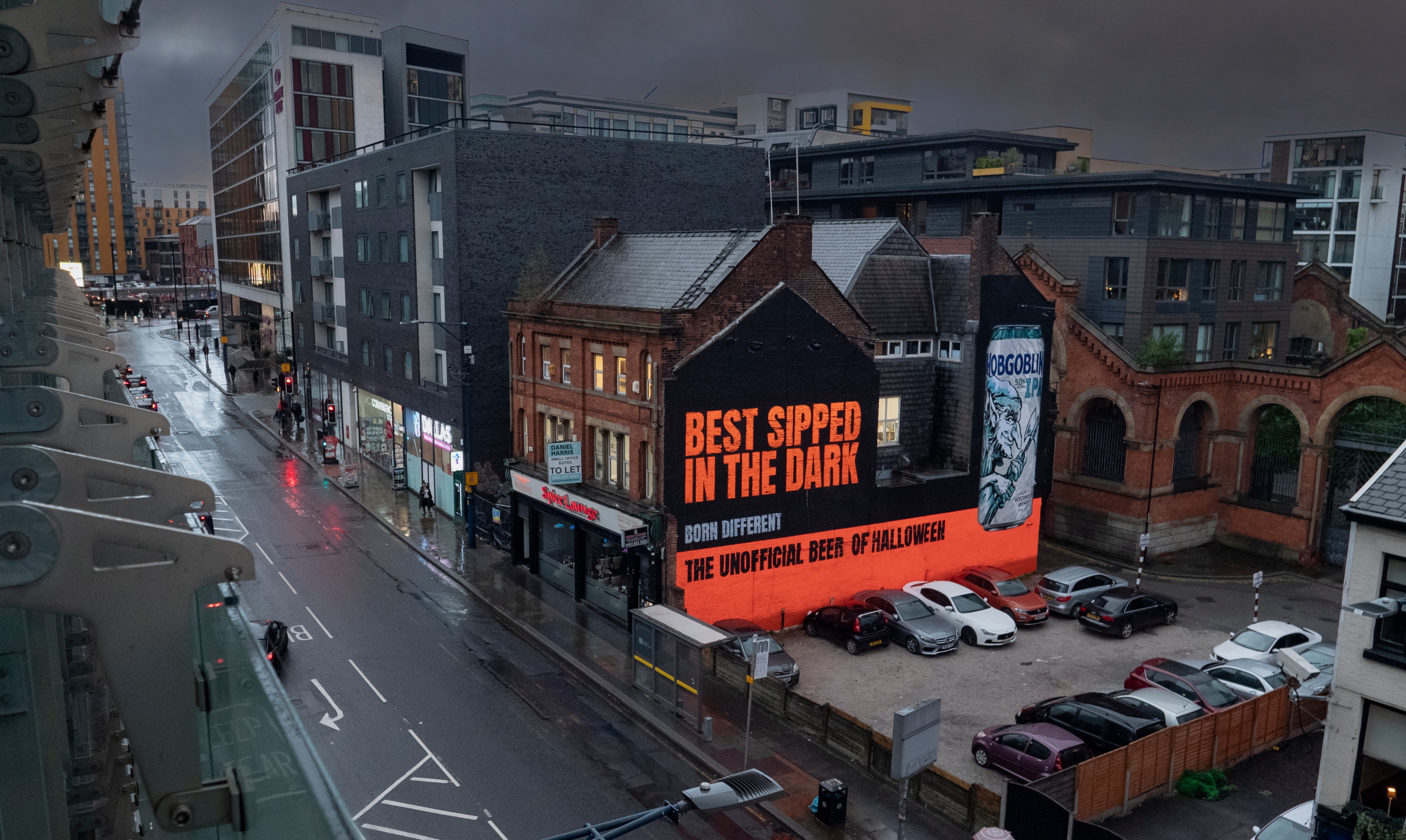 Hobgoblin unveiled phosphorescent murals in London and Manchester. The beer brand is positioning itself as the “unofficial” Halloween beer, with the campaign launched under the slogan “best sipped in the dark”. To accompany the murals, a social challenge is launched on Facebook, Instagram and Twitter. In the challenge, players find themselves mysteriously transported to an unknown location where they are tricked by mischievous characters into a different route. Fortunately, all roads lead to the Wychwood Brewery to enjoy a welcome pint of Hobgoblin, giving payers the chance to win a year of beer.