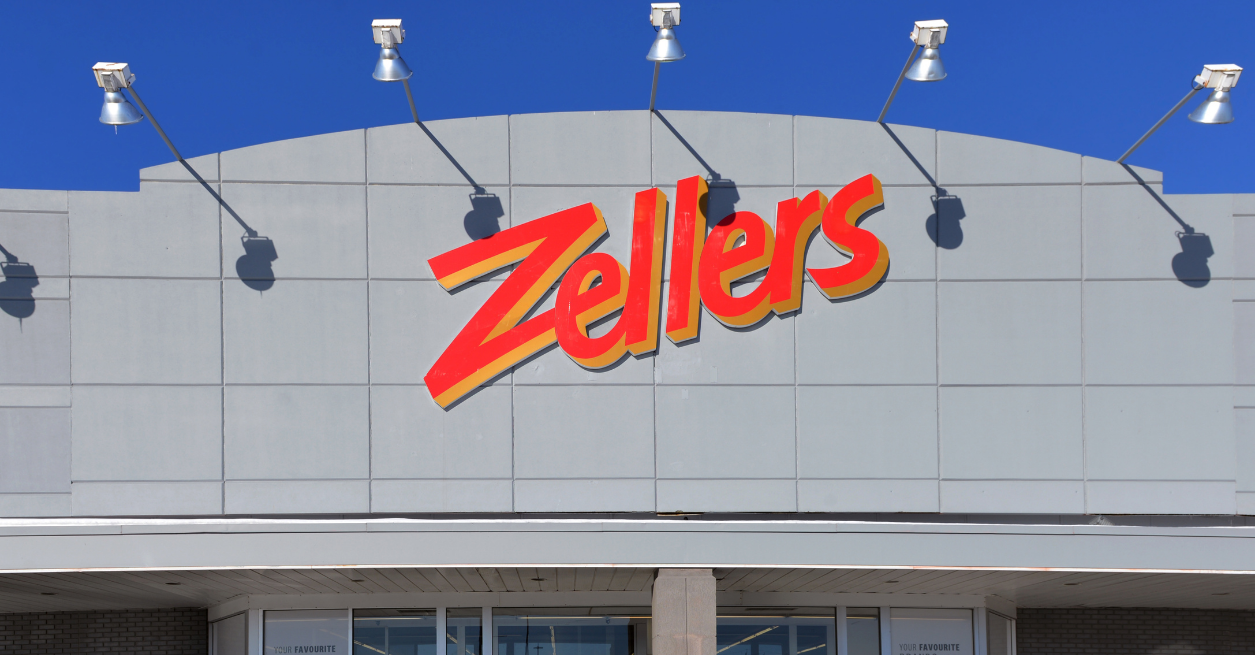 There is a wildly Canadian drama playing out in the retail world right now, as a family in Quebec who recently nabbed the Zellers trademark and managed to open a few rogue stores are being sued by the Hudson Bay.

Hold on to your hats, folks, it’s weird. Zellers, which debuted in 1931, was bought by the Hudson’s Bay Company in 1978, then closed in 2013, has seen a resurgence in Canadian pop culture lately. Recently, a Bay store in Ontario launched a Zellers pop-up with the old-fashioned look and feel of the store, but without the infamous low prices and Zeller’s restaurant. While Hudson’s Bay seems legally within its rights to open this pop-up, this is where the story gets interesting.

According to Retail Insider, the Hudson’s Bay Company abandoned the Zellers trademark in September of last year, opening the door for the Moniz family in Quebec to register it themselves. This is exactly what they did and apparently opened a small mockup of the Canadian store about 80 km from Montreal in the small town of Sorel-Tracy, but they certainly didn’t stop there.

They also plan to open a second Zellers store in the near future – two steps that have finally put them on HBC’s radar.

Recent Posts:
You can rent this treetop Airbnb with a hot tub and a hanging fireplace
New list shows international students want to study in Canada more than anywhere else

To the Moniz’s surprise, the Hudson’s Bay Company definitely didn’t take this very kindly – so much so that they filed a declaration in the Federal Court of Canada, naming the family and their various Zellers. companies as defendants.

“To protect its ZELLERS brand and avoid consumer confusion, HBC has filed a complaint with the Federal Court of Canada for deceptive marketing, trademark infringement and impairment of goodwill,” they told Retail Insider in a press release.

“The allegations contained in the complaint relate to planned unauthorized third party ZELLERS stores, among other unauthorized uses of the ZELLERS brand. HBC intends to vigorously pursue this request.

Now, we’re sure you’ll agree when we say it’s probably going to get pretty complicated, but it’s going to be some time before we see this one storming a courtroom.

As of this writing, this particular case has yet to be assigned to a government reviewer, so don’t expect answers anytime soon.

Despite allowing their ‘beloved’ trademark to expire, HBC claims the time that was theirs should mean something, shamelessly planning to open another Zellers pop-up like the one they opened. in Ontario in the near future.

The location of future pop-ups? Quebec, of course, where the Moriz family opened their own retail store under the same banner.

As always, we’ll keep you posted, so come back and buckle up – World War Z has just begun.

With an organized list of what matters in your city, Curiocity brings you the most relevant local food, experiences, news, deals and adventures. We help you get the most out of your city and focus on the easy-to-miss details so you’re always in the know.

Janey bans tents, links their removal with increased efforts to ensure occupants are cared for and accommodated