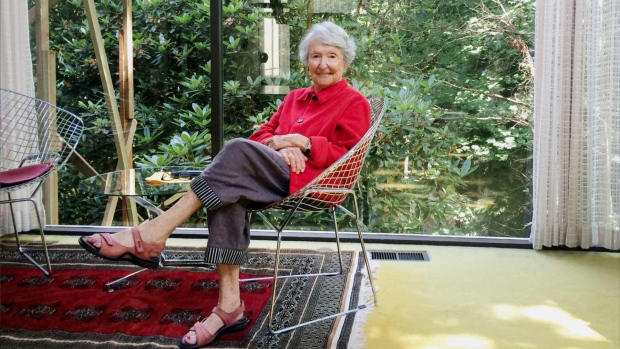 VANCOUVER – Canadian icon of landscape architecture Cornelia Oberlander has passed away at the age of 99.

The Cultural Landscape Foundation, which created an award in Oberlander’s name, says the landscape architect died in Vancouver on Saturday, where she had lived since the 1950s.

The Washington, DC-based foundation says Oberlander was named the first recipient of the Governor General’s Medal in Landscape Architecture in 2016, and became a Companion of the Order of Canada the following year.

He lists some of his notable projects like the grounds of the National Gallery of Canada in Ottawa, the Canadian Embassy in Berlin and Robson Square in Vancouver, among others.

The organization says Oberlander spent much of his early career working on social housing and designing playgrounds, including the Children’s Creative Center at Expo 67 in Montreal.

A funeral is scheduled to be held at Temple Sholom Cemetery in Vancouver today.

Its namesake Cornelia Hahn Oberlander International Landscape Architecture Prize was established by the Cultural Landscape Foundation in 2019. The prize is to be awarded every two years, starting this year.

This report by The Canadian Press was first published on May 24, 2021.