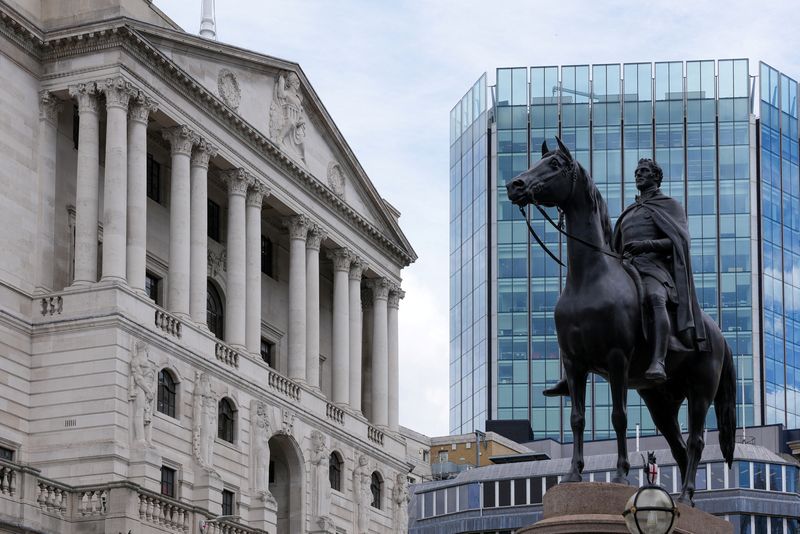 Faced with soaring borrowing rates across the Channel, the Bank of England intervened yesterday because of “real risks to British financial stability”, it said. It announced that it would make purchases of long-term government bonds to “restore normal market conditions”. It will spend £65billion in total, with £5billion spent every day until October 14.

We thought the era of ‘whatever it takes’ was over, but the Bank of England yesterday proved that was not the case. The institution, fearing for the financial stability of Great Britain, will buy in the coming weeks bonds “on whatever scale necessary”. In other words, as much as necessary. It also delayed launching the program to purge its balance sheet after years of economic support. It must be said that the BoE is in a situation that I would describe as delicate if I wanted to keep a semblance of style, or downright crappy if I wanted to be closer to reality.

Let me explain: the central bank started raising rates in December 2021 in an attempt to control one of the highest inflation rates in developed economies. And when the drive belt shows its first signs of price efficiency, Liz Truss and Kwasi Kwarteng unleash a big stimulus package dripping with tax cuts, which sinks the pound and drives up the borrowing costs of the country. In other words, while the BoE sprays the hearth of economic overheating, the new British government celebrates its coming to power by doing the same with gasoline. It would have been fairer to coordinate and probably smarter if Boris Johnson’s successor had planned a two-step plan, to give monetary policy time to put out the fire.

Prime Minister Liz Truss has decided to maintain the costly tax cuts included in her mini-budget, despite strong criticism from the IMF and Moody’s. She defended on BBC radio the government’s “decisive action” to help families and businesses pay their energy bills this winter. “If we have higher taxes in tough economic times, it will probably lead to a recession,” she said.

The BoE reassured investors that central banks are there to save the day when needed. But in the long term, it’s a bit complicated to understand how a central bank can fight inflation while its parent government rolls out a stimulus package.

In addition, gross domestic product fell by an unrevised annualized rate of 0.6% last quarter, the government said in its third GDP estimate.

Economic highlights of the day:

*Tesla announced Wednesday that billionaire Joseph Gebbia, co-founder of AIRBNB, will join its board of directors to replace Larry Ellison, the co-founder of ORACLE, who has not served since August.

* Twitter – Several major advertisers such as Dyson, Mazda, Forbes and PBS Kids told Reuters they had decided to suspend marketing campaigns or remove ads on Twitter because they appeared alongside tweets promoting child pornography.

* Amazon on Wednesday announced an increase in the average hourly wage to more than $19 for employees in its warehouse and shipping departments.

* Starbucks – The coffee chain announced an increase in its quarterly dividend to shareholders from $0.49 per share to $0.53 on November 25.

* Berkshire Hathaway, Warren Buffett’s company, said on Wednesday it would buy an additional 5.99 million shares of Occidental Petroleum, raising its stake in the oil company to 20.9%, up 0.8% in pre-market trade.

* Gilead Sciences – A US federal judge has frozen the assets of dozens of individuals and entities accused of leading a massive scheme to distribute counterfeit drugs from the company, including one of its HIV treatments.

* KKR – The launch of the takeover bid by the American investment fund for Hitachi Transport System for around 670 billion yen will be postponed from the initial schedule at the end of September, the Japanese group announced on Thursday.

* EQT – The private equity firm said on Wednesday it would buy Billtrust for a sum valued at $1.7 billion

* Bed Bath & Beyond – The home goods chain reported a bigger quarterly loss on Thursday, sending its stock down 1.4% in premarket trading.

* Pacific Gas and Electricity (PG&E) announced on Wednesday that it would divest its non-nuclear generation assets into a stand-alone division, with 49.9% of the stock up for sale.

Alphabet: Fubon Securities initiated coverage with a neutral recommendation. PT up 4.9% at $105.

Cadence Design: Deutsche Bank reinstated coverage with a buy recommendation. PT up 20% to $200.

Synopsys: Deutsche Bank reinstated coverage with a buy recommendation. PT up 34% at $420.