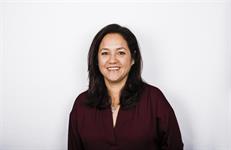 Thornton, who had served as general manager since last september, left Revive in the middle of this month. A Revive spokesperson was not immediately available to comment on Thornton’s replacement.

“As for what comes next, I’ve decided to take some time before figuring out my next move,” Thornton said via email.

Based in Nashville, Tennessee, Thornton focused on expanding Revive’s footprint with healthcare companies and promoting diversity, equity and inclusion efforts. When she stepped into the role of CEO in September 2021, her predecessor Brandon Edwards moved into the role of executive chairman.

Thornton co-founded the agency in September 2009 and helped it achieve nearly 25% annual revenue growth, she said in a statement. It now has 140 employees and offices in Boston, Minneapolis and Santa Barbara, Calif., in addition to its headquarters in Nashville.

Thornton has 25 years of experience, including leading crisis and corporate communications and marketing campaigns. In 1997, she began her career with health services company Tenet Healthcare, where for over seven years she was responsible for corporate communications. She then spent four years as a healthcare practice leader at Davies Public Affairs, before launching ReviveHealth.

Weber Shandwick of the Interpublic Group acquired ReviveHealth in 2016running the healthcare business as a subsidiary with its original brand, and promoted Thornton to president that same year. The agency simplified its name to Revive in September 2021.

Already registered with us?

Sign up now to enjoy more free articles and e-newsletters