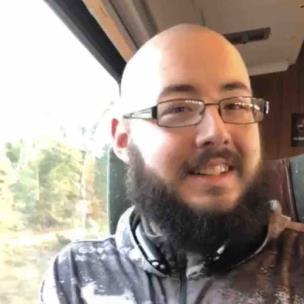 A Chattanooga truck driver was killed in what his mother described as “horrific wreckage” near Birmingham, Alabama early Wednesday morning.

The victim was Sean David McKnight, 29, who was driving a 2022 International box truck.

In the wreckage at 4:10 a.m., the McKnight truck crossed the median of I-59 and collided head-on with a 2020 Freightliner.

Calvin Bell Jr., 20, of Bessemer, Alabama, was driving the Freightliner.

After the crash. James Brown, 58, of Ashville, Alabama, swerved to miss the wreckage and entered a ditch in the middle of the median.

Later, while traffic was blocked at the site for about four hours, a gasoline tanker rammed several vehicles, injuring three people.

Wendy McKnight, who started a GoFundMe campaign for funeral expenses, said: “Hello, my name is Wendy and I am fundraising for our son’s funeral arrangements. We want to honor Sean’s memory as he deserves. Sean was a good person and left fond memories to those who knew him.

“Sean was killed on October 5th in a horrific accident just outside of Birmingham, Alabama. He was doing what he loved to do; completing his delivery route for work. Sean had just moved to Chattanooga, TN to to be near us. He was only 29 years old, so he wasn’t quite ready to take care of his last personal affairs.

“Please consider making a donation as any amount will really help in this difficult time.

“Thank you and please keep him and his family in your thoughts and prayers.”