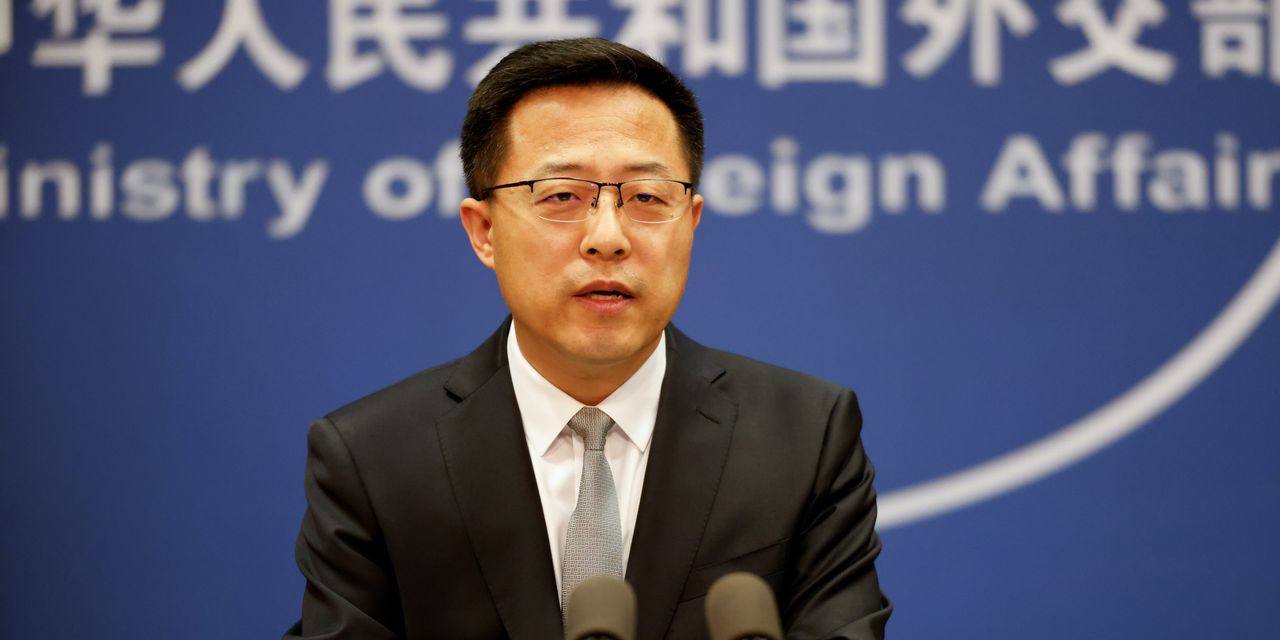 Beijing has gained a reputation for blocking imports from countries it wants to punish. Australian wine became a target last year. Now China is bouncing off China, which recently allowed Taiwan to open a representative office in Vilnius. But here’s a new turn: China is stopping not only Lithuanian imports, but also all imports, which also contain Lithuanian parts. The impact is spreading across Europe.

2020 Lithuania exported goods worth 350 million to China. Lithuania has long imported much more from China than vice versa; about four times more than last year. Thus, the Lithuanian government may have calculated that the country’s economy would withstand any response that China would make to a gesture to Taiwan.

However, Lithuanians probably did not foresee the Chinese attack on global supply chains. “We now know many cases when imports from Lithuania and the EU are blocked in Chinese ports, and they are increasing every day,” EU Trade Commissioner Valdis Dombrovskis told the German newspaper Die Welt before Christmas. “Apparently, Chinese customs do not process goods from other EU member states if they contain parts made in Lithuania.

Zhao Lijian, a spokesman for China’s foreign ministry, denied that Beijing was blocking imports of Lithuanian components, but goods were still stalled or significantly delayed and volumes were growing rapidly. German carmakers have said their cargo is sinking in Chinese ports.

China suspended imports of salmon from Norway after a Chinese dissident was awarded the Nobel Peace Prize, and imports of Australian wine after Canberra called for an investigation into the origins of Covid-19 were serious but only hurt those countries. Targeting global supply chains to punish the country is a very powerful weapon. China, a powerful player in the world economy, can use it in a way that the Soviet Union never could.

This punishment “puts pressure on multinational companies. Now we are trying to force the Lithuanian government to rename the Taiwan office, ”said Vidmantas Janulevičius, the president of the Lithuanian Association of Industrialists and the chairman of the solar cell manufacturer BOD Group. The German-Baltic Chamber of Commerce has warned Vilnius that German subsidiaries are in danger.

Mr Dombrovskis says that if the port’s suspensions do not end, the EU will turn to the World Trade Organization. However, judging by previous WTO complaints against China, this will not achieve much. Beijing will still be able to hurt economies and businesses around the world.

Businesses will ask the offending country to accept Beijing, as will governments whose home businesses are getting extra damage. In Germany, Siemens CEO Roland Busch has warned Foreign Minister Annalen Baerbock not to pursue a “confrontational foreign policy” with China. Last month, the U.S. passed a law to prevent Uighur forced labor, prohibiting goods made using forced labor in the Xinjiang region from entering America. If it becomes law, U.S. businesses should stretch.

If companies have to worry about being punished for the government doing something that the other government doesn’t like, they will see nothing but restrict their activities abroad. This means reducing dependence on China, both in terms of production location and export markets. This will reduce revenue, but even if the German car industry is unable to protect itself from capricious revenge, China’s operations will simply be too risky.

China’s punishment for Lithuania is an alarm signal to companies and countries. For many years, Mark Zuckerberg has turned the unofficial Facebook mantra into “companies over countries.” But when regimes use companies as intermediate targets, Davos ’thinking seems poor and dangerous.

Suddenly the walls are more important than 10 or even two years ago. “Even simple bolts are associated with China because they are no longer produced in Europe,” he said. Janulevičius. “Europe’s mistake is not to protect strategic sectors such as semiconductors. We have to produce on site, otherwise we will face this situation many times. The US made the same mistake. Free trade countries may soon have no choice but to say goodbye to globalization in part.

Mr. Braw is a Fellow of the American Institute of Enterprise.