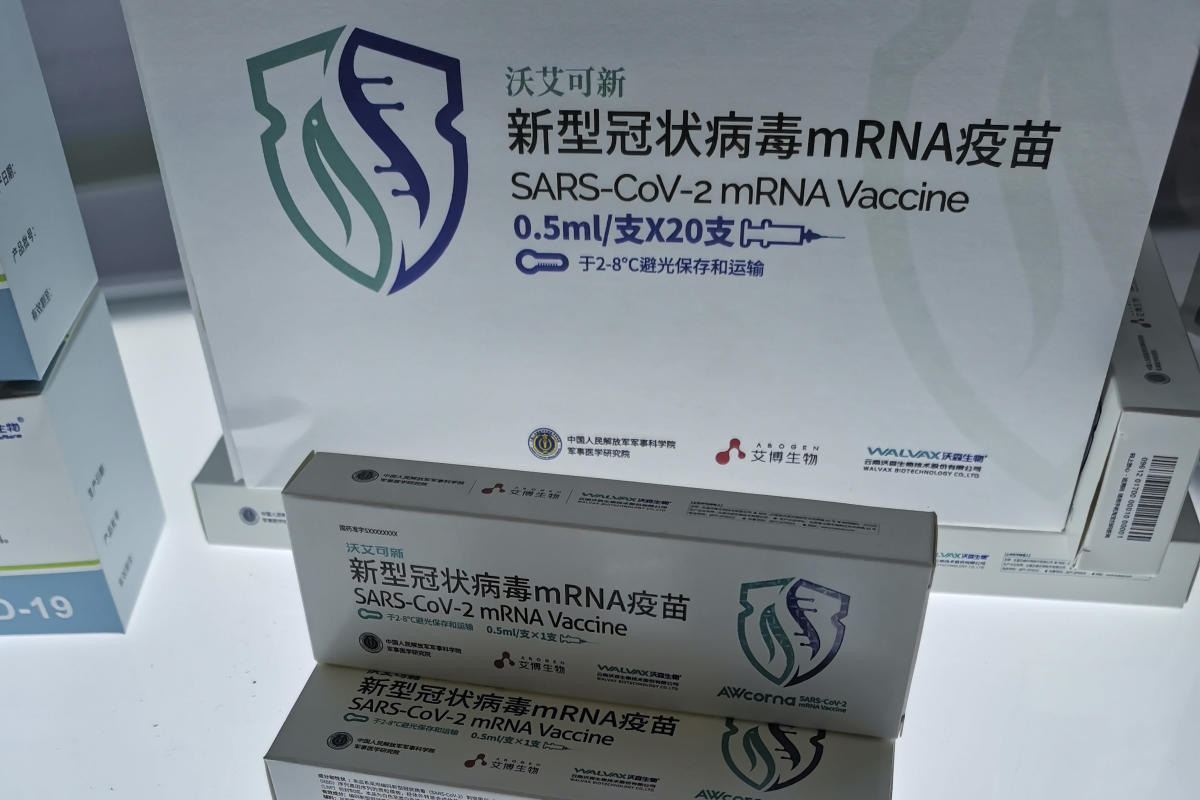 TAIPEI, Taiwan (AP) — China is trying to manage its biggest coronavirus outbreak without a tool it could have adopted months ago, the kind of vaccines that have been shown to offer the best protection against the worst outcomes of COVID-19.

As early as spring 2020, a Chinese pharmaceutical company, Fosun Pharma, struck a deal to distribute — and eventually manufacture — the mRNA vaccine made by Pfizer and BioNTech. It has still not been authorized in mainland China, although it has been authorized for use by separate authorities in Hong Kong and Macao.

Now health experts say the delay — the result of putting politics and national pride above public health — could lead to preventable coronavirus deaths and deeper economic losses, as entire cities would be locked down to isolate the country’s unprotected population.

“The biggest issue is the delay in reopening,” said Xi Chen, a health economist at Yale University’s School of Public Health. “The consequences will be huge, disruption of the supply chain, disruption of all kinds of service sectors.”

Studies have consistently shown that vaccination with mRNA vaccines made by Pfizer-BioNTech and Moderna provides the best protection against hospitalization and death from COVID-19. Chinese vaccines made with older technology have been shown to be quite effective against the original strain of the virus, but much less so against newer variants.

As this evidence became clearer, even countries that initially used Chinese vaccines and some other less effective Western vaccines turned to mRNA vaccines for booster shots and new vaccinations.

Not China. Regulators haven’t said publicly why they didn’t act — mRNA vaccines are licensed in much of the world and have been shown to be safe and effective in hundreds of millions of people. But a Chinese health official and another person directly involved in the negotiations told The Associated Press that authorities held back because they want to master the technology in China and not depend on foreign suppliers. The two spoke on condition of anonymity, given the sensitive nature of the issue.

For more than a year, the approach seemed defensible. The country has been able to keep the virus at bay better than any other major country thanks to its strict “zero COVID” approach that isolates infected people and locks down communities when infections emerge.

But now the highly transmissible omicron variant is testing this strategy, requiring ever wider and longer lockdowns that have a greater economic and human impact. While other countries are able to function almost normally because their population is protected by vaccination or previous infection, China has only its lockdown strategy left to avoid large numbers of hospitalizations and deaths.

China may be changing its mind. The Communist Party-owned Global Times newspaper reported last month that Fosun Pharma was still working with health authorities on its approval and Shanghai authorities recently released new policies that could allow the import of COVID-19 vaccines. Shanghai-based Fosun did not respond to questions about the announcement.

China’s National Health Commission has sent questions to the country’s drug regulatory body, the National Medical Products Administration. This agency did not respond to a faxed request for comment.

In the meantime, hopes for a China-developed mRNA vaccine center at Abogen Biosciences, a startup founded in 2019 by Bo Ying, a US-trained scientist who previously worked for Moderna.

The company has partnered with more established companies in the country, such as Walvax, a private company founded in 2001, and the Academy of Military Medical Sciences, the army’s medical research center. Abogen has raised over $1.7 billion since 2020.

According to a study published in the journal Lancet Microbe.

The results were “promising”, said Dr Vineeta Bal, who studies immune systems at the Indian Institute of Science Education and Research in Pune, India, although she said a direct comparison of the The immune response triggered by the shot with the Pfizer and Moderna vaccines would have helped scientists better assess its performance.

But the large studies needed to show whether the vaccine works to prevent infections or symptoms have not been completed. Abogen did not respond to interview requests.

Even if studies can be completed and the vaccine proves effective, manufacturing the millions of doses needed will be a challenge, experts say. Abogen built a manufacturing facility in December 2020 with a planned capacity of up to 120 million doses per year.

Manufacturing this vaccine and ensuring quality at scale will be a tough hurdle because mRNA is still a new technology, said Scott Wheelwright, chief operating officer at BioInno Bioscience, a Chinese biopharmaceutical contract manufacturer. who had conversations with Abogen.

In the meantime, Chen, the Yale health policy expert, said the Chinese government should better protect its elderly population by both endorsing the Pfizer vaccine and encouraging recalls.

The Associated Press Health and Science Department is supported by the Howard Hughes Medical Institute Department of Science Education. The AP is solely responsible for all content.

Which travel cards have the most valuable benefits | app

Inside Casa Duro, the sleek micro-hotel above Sister Restaurant

10 fun things to do near the throat