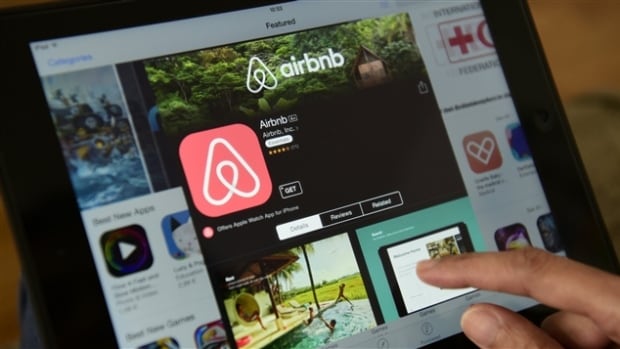 The City of Montreal is trying to crack down on the number of short-term rentals allowed in the downtown core, in an effort to combat the influx of Airbnb-like listings downtown.

Currently, people renting units on a short-term basis require a special permit. By limiting the locations of these permits, the city hopes to reduce the total number of properties listed.

If passed, the proposed by-law would only issue permits for properties bordering Ste-Catherine Street between Saint-Mathieu and Amherst streets.

In addition, no Airbnb type rental will be authorized within 150 meters of another.

“Citizens are complaining about noise, pollution, safety,” said Mile End Councilor Richard Ryan. “We are losing a lot of available housing for residents.”

He said thousands of illegal rental listings — sublet by people who don’t have the proper permits — exist throughout downtown and Plateau-Mont-Royal.

“The goal is to try to restrict, to try to balance residential use and tourist use,” Ryan explained.

He said they try to avoid situations where the majority of apartments in the same building are rented.

This is the current reality of Andrew Chapman, who lives in a nine-unit condo building near the Berri-UQAM metro station.

He said most of the condos in the building are used for short-term rentals.

“When you have a group of teenagers coming into the building and partying and leaving bottles around, making noise every once in a while, that’s obviously a problem.”

Chapman said while he supports the idea of ​​Airbnb in general, he doesn’t want to see the local housing market exploited for profit.

Airbnb released a statement to CBC on Wednesday evening, saying they are “committed to working with communities across Canada, including the boroughs of Montreal.”

Spokeswoman Alexandra Dagg wrote that short-term rentals can actually be good for communities, drawing tourists out of downtown.

There will be a public meeting on May 1 where the city will receive questions and comments from citizens about the proposed by-law.

This decision would not target B&Bs or existing permit holders.

This isn’t the first attempt to regulate Airbnbs and other short-term rentals in Quebec.

A 2016 law, the only one of its kind in Canada, requires people who rent accommodation for less than a month to hold a permit and pay a hotel tax.

Tourisme Quebec reported in 2017 that the number of people applying for province-wide permits was dismally low compared to the overall estimate of the number of rentals available.

Airbnb for cars is here. And the car rental giants are not happy.