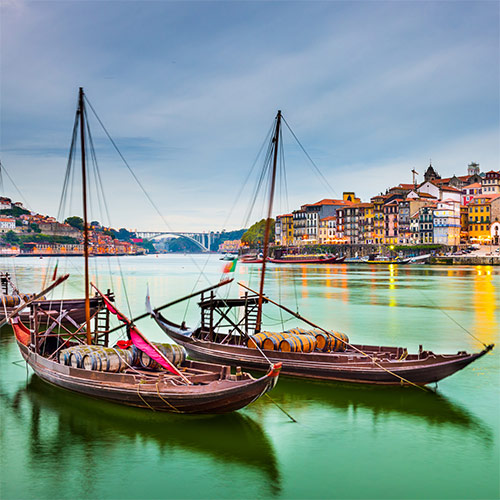 Mayors from some of the world’s top destinations have gathered in Porto to rethink city tourism in the post-pandemic era. Organized by the UNWTO, the Government of Portugal, Turismo de Portugal and the City of Porto, the Forum of Mayors on Tourism and the Future of Cities highlighted the opportunity to relaunch urban tourism with an emphasis on sustainability, innovation and inclusion.

Formed in April 2019, the Forum of Mayors provides a unique platform for cities and other key players to share tourism policies and best practices. The international forum strives to advance the role of tourism in the urban agenda and harness the potential of the sector to provide economic opportunities and promote cultural ties. The Porto meeting was seen as an opportunity to rethink city tourism and continue to harness its proven potential for the benefit of both residents and tourists.

The return of tourists “brings hope to cities”

City tourism has been one of the hardest hit sectors in the industry and may be the last to recover. For this reason, “the return of tourists to the cities of the world will bring more than jobs and economic recovery,” said UNWTO Secretary General Zurab Pololikashvili. “It will bring hope, confidence and help rekindle what makes city life so exciting, from culture and food to entrepreneurship and new ideas.” In this context, the Secretary General also welcomed Portugal’s National Support Plan for the revival of tourism as well as its recently launched Sustainable Development + Strategy.

Pedro Siza Vieira, Minister of State, Economy and Digital Transition of Portugal said: “The time has come to reflect on the importance of managing the flow of tourists in our cities. Digital technologies and continued investments in new attractions will allow us to provide a better experience for the millions of people who want to resume their travels and who will visit our cities in the future. “

As host of the Forum, the Mayor of Porto Rui Moreira declared: “Cities must know how to transform, transform the old into the new, rehabilitate and enhance their heritage, both tangible and intangible, and simultaneously create new poles of interest in serving and welcoming residents and visitors.

Organized by the UNWTO, the Government of Portugal, Turismo de Portugal and the City of Porto, the Forum hosted the mayors and vice-mayors of Athens, Belgrade, Braga, Bruges, Brussels, Budapest, Dubrovnik, Florence, Madrid, Moscow, Podgorica, Prague, Samarkand, Sao Vicente, Skiathos, Tirana and Venice. They were joined by leaders of UN Habitat, the European Committee of the Regions and the Unión Ciudades Capitales Iberoamericanas (UCCI), along with representatives of key private sector players, including Expedia Group, the Cruise Lines International Association. (CLIA) and Airbnb.

Porto Declaration on the Future of Cities

The participants adopted the Porto Declaration on Tourism and the Future of Cities, which reaffirms the commitment of cities to develop tourism in a sustainable and responsible manner. This includes putting tourism on the urban recovery agenda, with policies aligned with the United Nations New Urban Agenda and the 2030 Agenda for Sustainable Development. The declaration also states that signatory cities will encourage multi-stakeholder cooperation to foster innovation and use digitization and big data to improve both the tourism experience and the sector’s positive impact on residents. In addition, the Declaration recognizes the importance for cities to build bridges with rural areas so that the benefits of tourism are more widely used.

/ Public distribution. This material is from the original organization and may be ad hoc in nature, edited for clarity, style and length. See it in full here.