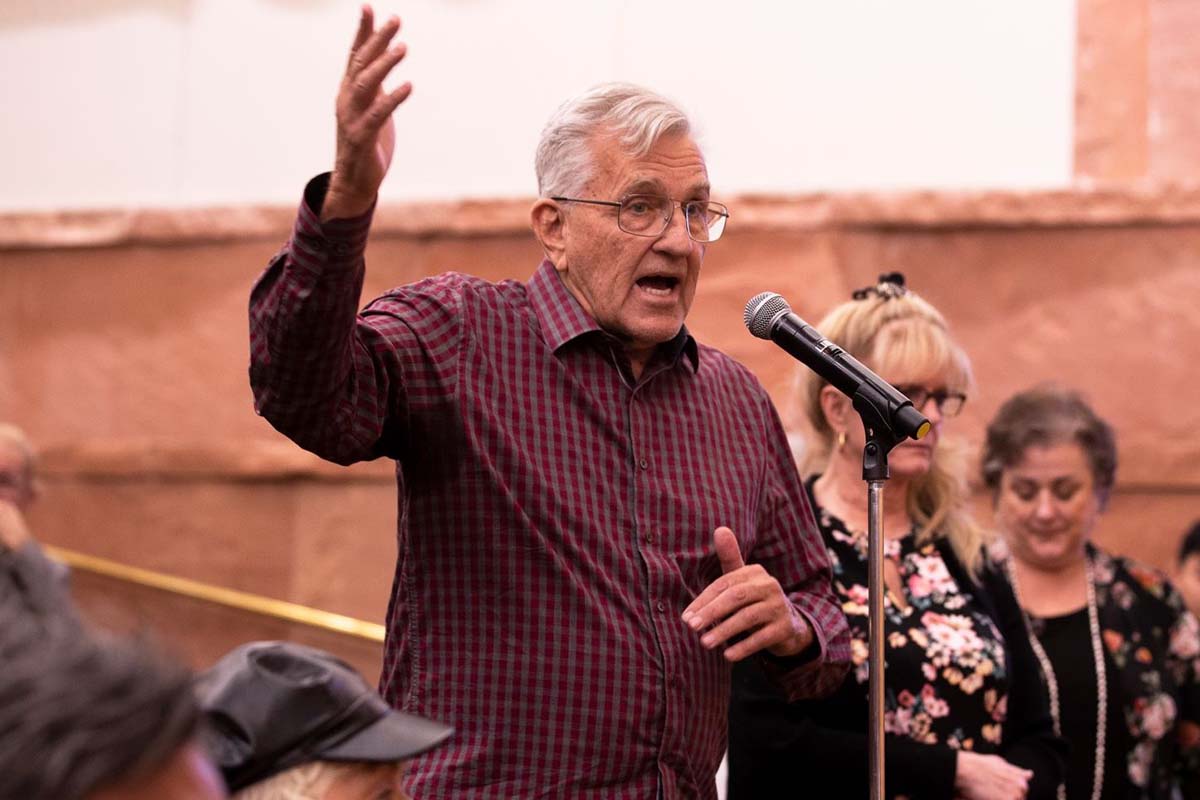 A Nevada mandate to legalize short-term rentals in unincorporated Clark County reached a major milestone after commissioners laid the groundwork for implementing licensing, restrictions and enforcement.

That decision did not leave many people satisfied, including county lawmakers, who unanimously passed the ordinance on Tuesday.

“None of us here wanted to do this,” Commissioner Justin Jones said at one point during the lengthy meeting. “But that’s where we are.”

The county will issue licenses for up to 1% of the “housing stock”. And even then, there will be restrictions on the location of these licensed homes – 1,000 feet from licensed homes and 2,500 feet from established stations or those that have begun construction.

“Clark County Commissioners today passed new rules that are tougher than required by state law and will take money out of the pockets of Nevada residents and the local tourism economy. “said John Choi, head of public policy for the western United States at Airbnb, in an emailed statement.

For landlords such as Ronaldo Diaz’s mother – who started renting rooms in her home through Airbnb after an injury left her unable to work – the restrictions could mean an economic death knell, he told commissioners during a public comment.

And the lottery system in which the licenses will be distributed will push people out of the market, Diaz said. “As it stands, these regulations that you’re trying to push through are going to wipe out a lot of Airbnbs.”

Jacqueline Flores, co-founder of the Greater Las Vegas Short Term Rental Association, told the Review-Journal on Wednesday that the organization, which represents about 1,200 members in southern Nevada, including about 700 in Clark County, was disappointed.

“It’s going to eliminate 80% of people who are renting short-term right now,” she said. “Most of these people are regular people just trying to make ends meet.”

She said the association has been in constant contact with the commissioners and that they were surprised that the guidelines were even stricter than those outlined by Nevada law.

“We’re still hoping they come to the table and try to resolve this issue,” Flores said, adding that the association was exploring legal options against the county.

Before applying for a business license, owners will first need to register to enter a “random number generator,” which is essentially a random electronic lottery system that will be run by a third party, lawmakers said.

Only completed applications will be accepted and homes must be compliant. That includes getting written permission from their landlords’ association if they live in a regulated community, the county said.

Mobile and manufactured homes, RVs, tents and pitches in Mt. Charleston, Moapa, Mesquite and Bunkerville will not be eligible.

The six-month selection process is scheduled to begin in September, after a month of county-led educational advertisements, and will end in March 2023.

Selected homeowners will then pay a $45 inspection fee to apply for their home license, which is limited to one per applicant.

Annual licenses for homes with three bedrooms or less will cost $750. Those with more bedrooms will cost $1,500. Both types of licenses will also have an annual fire inspection fee of $150.

Licenses will not be transferable outside of a will or marriage, the county said.

Rentals will have a two night minimum stay and will only allow two people per room with a maximum of 10 people allowed at any one time.

The county will establish a 24/7 hotline where complaints can be reported. An owner’s representative must be contactable at all times of the day and will be given 30 minutes to respond.

A code enforcement officer would visit the property, he said. At the same time, staff members will search the county database for listings of rental properties.

If the rental is found to be illegal, the service will contact the online platform to have the ad removed. For other violations, a notice will be sent to the owner, and if the issue isn’t fixed, they’ll start accumulating charges, Anderson said.

Platforms will have five business days to remove the listing, but critical situations can speed up the process, the county said.

Offenders can face fines ranging from $500 for first offenses up to $10,000 in subsequent fines.

Tech platforms, such as Airbnb and Vrbo, will collect taxes and send them to Clark County, officials said.

“I’m sorry, guys, but when do we really regulate them, or do we let lobbyists tell us what to do,” she said, later returning to the lobbyist allegation questioned by Jones.

“I have a lot of problems with this order,” she added.

Commissioners estimate that there are currently over 10,000 illegally rented properties.

Anderson said the guidelines would help regulate illegal operators, describing them as a “massive first step”.

The regulations can be changed in the future to accommodate any wrinkles in the process, the commission said.