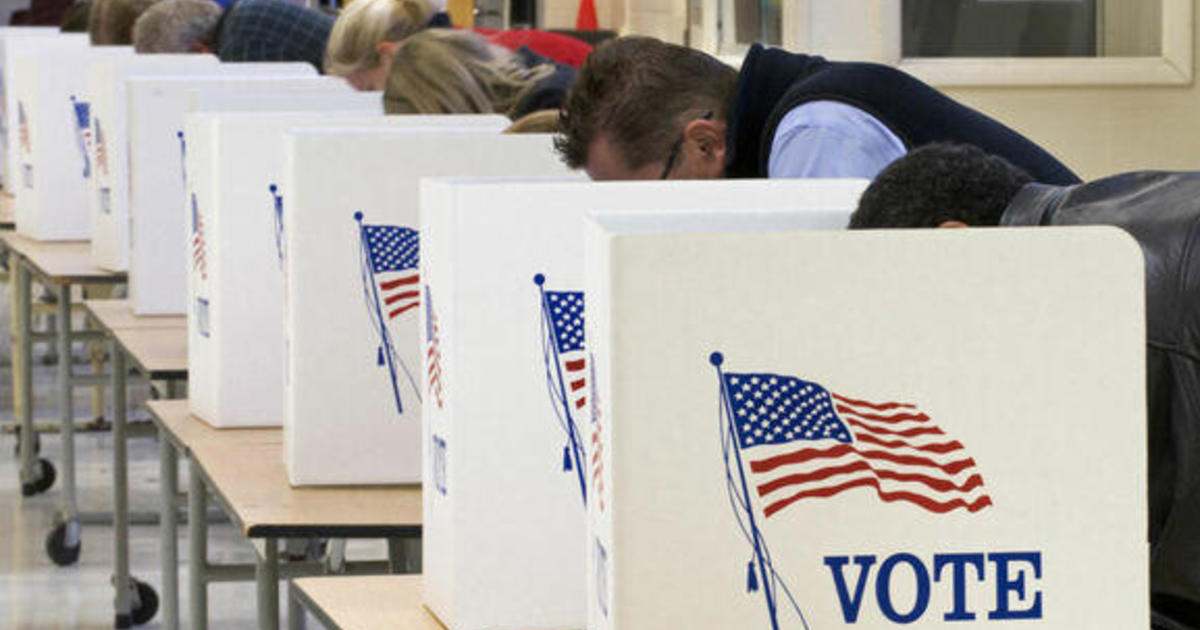 PITTSBURGH (KDKA) — The Pennsylvania primary is four days away, and key demographic candidates are trying to woo black voters across the Commonwealth. KDKA and our sister station CBS3 in Philadelphia worked together to learn about the most important issues that will determine their vote and the ongoing efforts to get them to the polls.

As African Americans in Pittsburgh head to the polls next Tuesday, there is no more pressing issue than gun violence.

“It’s number one,” said Robert Perry, who is a Vietnam veteran and voter. “You know the violence is something you will never stop,” he added.

As of May 13, there have been 44 homicides in Allegheny County in 2022. One that received a lot of attention recently occurred at a North Side Airbnb on Easter Sunday morning. Pittsburgh police estimate about 200 people were at a party at the rental property when shots were fired. Matthew Steffy-Ross and Jaiden Brown, both 17, were killed. Tuesday’s primary election comes exactly one month after that shooting. No arrests were made.

“Yeah, I was there,” said Engram, who described the experience as traumatic. She said, “I don’t really like being outside anymore because I feel like I’m not safe, you know.”

“A lot of people feel powerless. A lot of people think voting doesn’t make a difference,” said Tim Stevens, president and CEO of the Black Political Empowerment Project (B-PEP). The organization was created so that Black Pittsburghers always go to the polls when there is an election.

“There is no off-year election. Every election should be an election,” Stevens said.

Voter turnout is typically higher in general elections, such as when voters elected Ed Gainey as Pittsburgh’s first black mayor last November. At the time, he stressed that residents want to live in a safe environment.

“Security is number one and that’s what we’re going to work on,” he said on election night.

Six months later, this is a priority issue for several black voters interviewed by KDKA. But some wonder if elected officials hear them.

“If we’re going to vote you out, at least do something for us, you know. At least be responsible,” said Wendell Moon Jr., another local voter.

Stevens said voting rights are contested in many parts of the country. He said that makes voting critical right now, especially for African Americans.

“If you don’t vote, guess who makes the decision for you? It won’t be you,” Stevens said.

“All elections are important,” said Pastor Robert Collier of the Black Clergy of Philadelphia, “but this election is important for everyone, especially the left-behinds and left-backs.”

Leaders of local black churches in the Philadelphia area are pleading with voters, especially those in underserved communities, not to wait until November to go to the polls.

“This is a major election. The concern is that people will be apathetic,” said Pastor Clarence Wright of Philadelphia Black Clergy.

Wright is the senior pastor of Love Zion Baptist Church in North Philadelphia. With issues such as abortion, the economy and health care costs as top voter concerns, they say voting is a way to bring about change.

“There is still a process and that process is voting,” Wright said.

According to the US Census Bureau, for the 2020 presidential election, black voters turned out in large numbers: 72% of black people eligible to vote in Pennsylvania were registered, and of those, nearly 71% voted.

But with less publicity in the midterm years, turnout in primaries is usually much lower.

“When you look at the numbers for Philadelphia and for the Commonwealth, they’re dismal,” Philadelphia Urban League President Andrea Custis said.

As Election Day approaches, the Urban League of Philadelphia urges voters to do their homework and find out where candidates stand on issues that matter to them.

Community leaders say what will be critical in November’s primaries and midterm elections will be getting people on the ballot, educating them about the issues and getting them to the polls on Election Day.

Royce Jones joined KDKA’s press team as a freelance journalist in January 2020. Royce covers a variety of story topics ranging from breaking news, crime and human interest to the weird/unusual. No matter the story, Royce will meet the challenge head on.

Amazing Glass Airbnb Minutes from Tri-Cities feels like another W

Celtics’ Robert Williams remains out for Game 6 against the Bucks