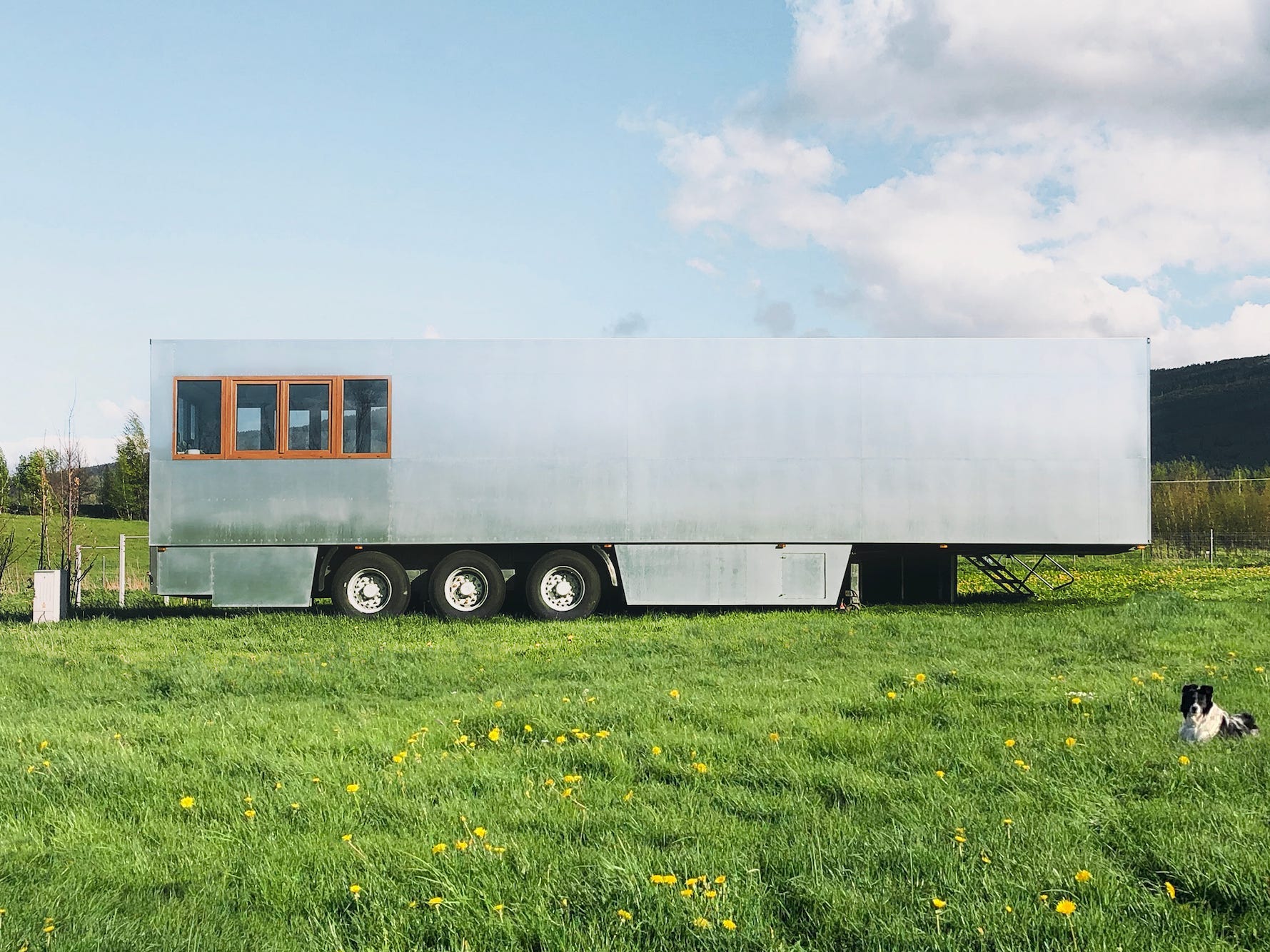 Recently, Instagram-friendly semi-permanent hotel concepts have popped up around the world in destinations like New York and Spain.

At the same time, more and more travelers are craving vacations in unconventional accommodations, whether in tiny homes or converted Airstreams, according to data from Airbnb.

Today, in an effort to attract this increasingly popular niche, the Polish company Good Spot has launched its environmentally friendly hotel room on wheels.

According to Good Spot, it is the “first mobile hotel chain in Poland”.

Good Spot may operate in an isolated area, but it has already proven the concept’s success: This summer all rooms were booked, Good Spot founder Roman Sokolowski told Insider in an email interview. .

“The arrival of the pandemic had completely changed the perception of my project,” said Sokolowski. “It has been recognized as innovative and timeless.”

The hotel rooms on wheels were designed by Polish architectural firm Znamy się.

In the past, some companies have used recycled empty shipping containers – which are currently facing a shortage – as the basis of their tiny homes.

But Good Spot and Znamy się take a slightly different approach, using retired refrigerated semi-trailers once used to deliver goods like food. These trailers then serve as the base for their tiny homes, making hotel rooms completely mobile (as opposed to just portable).

Semi-trailer hotel rooms have the same nostalgic appearance of an Airstream “silver bullet” trailer with interior fittings that mimic the functionality of a motorhome, according to its manufacturer.

But besides the flashy appearance and “little life” appeal, the use of semi-trailers has several functional purposes. On the one hand, the trailers are already insulated, which allows them to withstand temperatures below the freezing point.

“While semi-trailer manufacturers have developed refrigerated trailers for the sole purpose of transporting goods, we have found a new use for them in the tourism industry, moving from a linear waste management system to a circular system, ”Sokolowski said.

And because the units are mobile, they can follow tourists through changing regional and seasonal demands, ensuring the units are always profitable.

“[Good Spot] meets the needs of a modern user who is constantly on the move, ”Znamy się told Insider in an email interview.

The trailer will likely crush the grass it was placed on, but other than that, hotel rooms won’t leave much of a physical impact on the environment, according to Sokolowski.

The team also wants the final model to be powered entirely by solar energy and collected rainwater, meaning the eco-friendly units won’t need any electrical or plumbing hookups.

Sourcing sea containers can be difficult amid the ongoing supply chain nightmare, but luckily for Good Spot, refrigerated semi-trailers have been easy for the Poland-based team to access.

The country has a robust road transport system, more so than other modes of freight transport, according to a 2019 report from Nippon Express.

Once acquired, Good Spot transforms the trailers into four different models: Twin, Standard, Accessibility and Single units. These options all have a varying number of bedrooms.

All four designs include a bathroom, patio, smart TV, closet, air conditioner, and kitchenette with appliances like a fridge and hob.

The team also has a “restaurant” model that can function as a common space for hotel guests.

The twin model can accommodate two people on a double bed or two single beds. It’s also the smallest unit, measuring 183 square feet while all other models are 355 square feet.

Unlike the twin, the standard unit can accommodate a family of six. To accommodate as many people, the trailer has two folding beds in the living room and two bedrooms, each with a double bed or two single beds.

Then, the accessibility apartment can accommodate up to five people. Similar to the standard, there are two bedrooms plus an additional folding bed.

The last unit, the single, can accommodate four people in its two bedrooms.

So far, Good Spot’s double bedroom model has been the most popular, especially among young couples coming from big cities, according to Sokolowski.

In the future, the company could sell its units to private customers who want a small house.

But for now, he is not actively exploring this option. Instead, Good Spot is looking at different investment models for its next cycle, whether it’s franchising or investing in “partial shares of a unit,” Sokolowski explained.

By the end of next year, the team wants to build 100 hotel rooms based on their first round of investment.

The chain currently has two seasonal locations with plans for expansion going forward. An overnight stay currently costs between US $ 50 (AU $ 67) and US $ 150 (AU $ 202) depending on hotel location.

“We know our model is working and there is a great group of people [that sees] Good Spot as an attractive alternative to traditional hotels, ”said Sokolowski, noting that the United States is the“ perfect market for this type of concept ”.

But Sokolowski and the designers don’t believe their units are any better than classic brick-and-mortar resorts.

Instead, Znamy się believes that “the mobile hotel industry will successfully coexist with the traditional industry,” the company told Insider in an emailed statement. “We look to the future of the Good Spot with optimism.

“I flew to Hollywood to meet a stranger.”