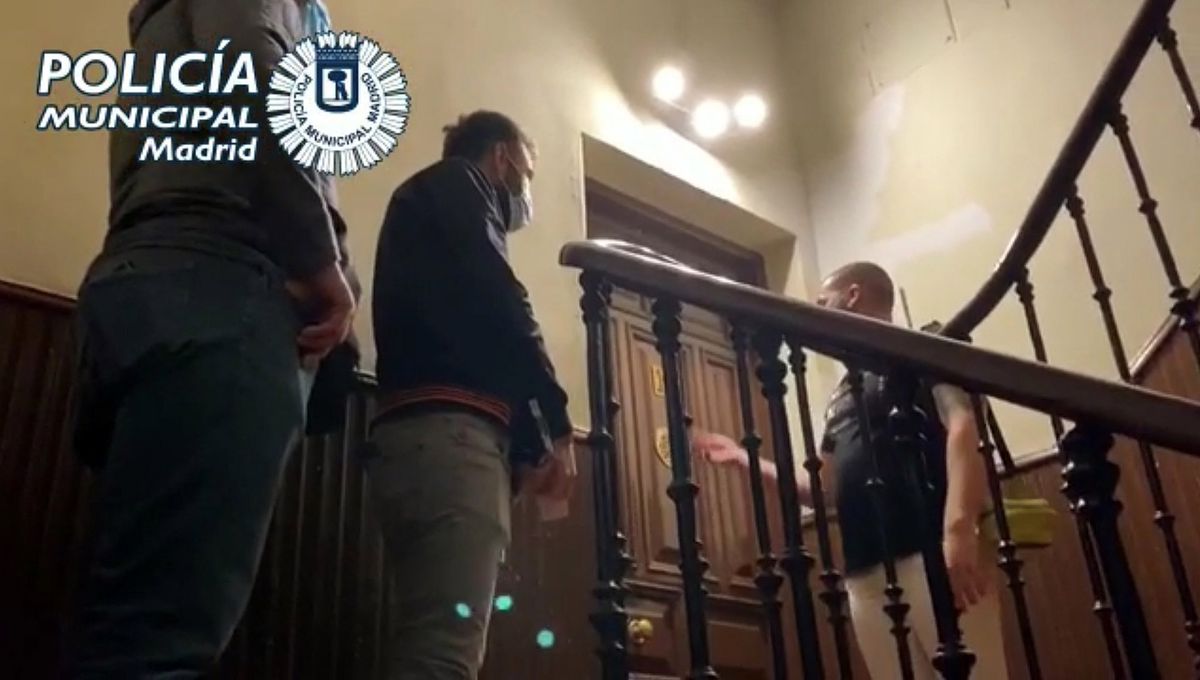 Coronavirus restrictions in Spain: in Madrid underground parties: “If the police arrive, you say you didn’t pay to come and you brought your own drink” | Society

The DJ turns off the music and dozens of people do “Shhhhhh”. Then silence. The managers open the windows and a cold breeze blows through the rooms. The cigarette smoke begins to dissipate. The cold hits the faces of the people inside. They use signs to communicate with each other while containing their laughter. It’s like a scene from a silent movie, in which no one is wearing a face mask. After a short time, the windows close and the DJ turns up the volume. The night is still young.

This clandestine party was held last week in an apartment in central Madrid on high alert. Under the emergency measure – which aims to curb the contagion of the coronavirus – all bars and restaurants must close before 11 p.m., and service at bar counters is prohibited. Social gatherings are also limited to six people, both in private and public spaces. This is in addition to the ban on all nightclubs and party venues, which has been in place since mid-August.

We’re not gonna stop having a good time

Ángel, 29, at an underground party

But coronavirus restrictions haven’t stopped underground parties from appearing. At this, the organizers ventilate the premises every 30 minutes. This is something that revelers have gotten used to. Before entering, everyone is given specific instructions: “If the police arrive, you say that you did not pay to come and that you brought your own drink. Lorenzo García, 27, was among the revelers who received this information. He later paid € 20 by credit card to enter an apartment which, before the coronavirus pandemic, was rented to tourists on Airbnb.

According to García, the entrance fee does not cover drinks, which cost € 8 each. “I asked for a gin and tonic and started dancing like it was a normal Saturday,” he says. But, of course, it wasn’t. Just the day before, the government was looking for a formula to declare a state of alarm in response to the upsurge in Covid-19 cases in the Madrid region, where the spread of the virus made international headlines.

At the same time, a group of young people were faced with a problem of their own: finding a place to celebrate a friend’s 20th birthday. There was only one day left and, at a loss, they called a club’s public relations department as they might have done before the pandemic. Bingo! Their names were put on a list and they received an invitation via WhatsApp. The only thing that deviated from the usual protocol was that the invitation did not have an address. He was just saying, “Saturday October 3, 12:30 am-6:00am last night.”

Around midnight, in Coloreros Street, near Mayor Street, a tall man dressed in black was waiting to lead the birthday boy and his troupe through the front door of a residential building where the party organizers had rented three tourist apartments.

The kitchen also served as a bar; the living room served as a dance floor with a DJ; and the bedroom was used as a relaxation area, furnished with sofas. All windows and doors have been completely sealed to isolate noise. “They had mattresses against the windows and it was very hot,” García recalls. When he arrived it was still early and he could see the organizers moving the furniture and opening the suitcases filled with alcohol. It didn’t take long for the apartments to fill up with almost 100 revelers. “No masks, no social distancing and no t-shirts. The same kind of party as usual, ”says García.

At 3 o’clock in the morning, there was a loud knock on the door. It was the local police. These agents disrupted more than 200 private parties and social gatherings of more than six people over the October long weekend, according to city hall data. The police cannot enter a private residence without judicial authorization because no serious crime is committed. What they usually do is wait on the landing until people start to leave.

No masks, no social distancing and no t-shirts. The same kind of party as always

“We panicked, but the organizers told us they couldn’t enter because it was a private house,” says Ángel, 29, who was also in the tourist apartment. However, the party never resumed and the revelers had to wait an hour before they could leave the apartment. As the officers asked them their identity, everyone repeated the same story: they didn’t pay to enter, no one sold them alcohol, they only drank what they brought. They all lied.

EL PAÍS was able to confirm that the organizers of some of these parties are the owners of a club in Malasaña, which has been closed since the summer. They use the same advertisement, which is distributed by their public relations department. But one of the club’s partners denied the allegation. “It’s not us,” she said over the phone.

The evidence, however, is overwhelming. Ángel has been to several of these parties. He took one in the first week of September, for example, and says the adrenaline rush when the police knocked on the door – “like we were in Chicago in the 1920s” – combined with alcohol and some drugs is, in his eyes, the recipe for a good evening. Two days later, four friends who were with Ángel at the party tested positive for the coronavirus. They don’t seem too worried: “We’re not going to stop having fun,” he said.

Airbnb bolsters legal division with new hires ahead of IPO