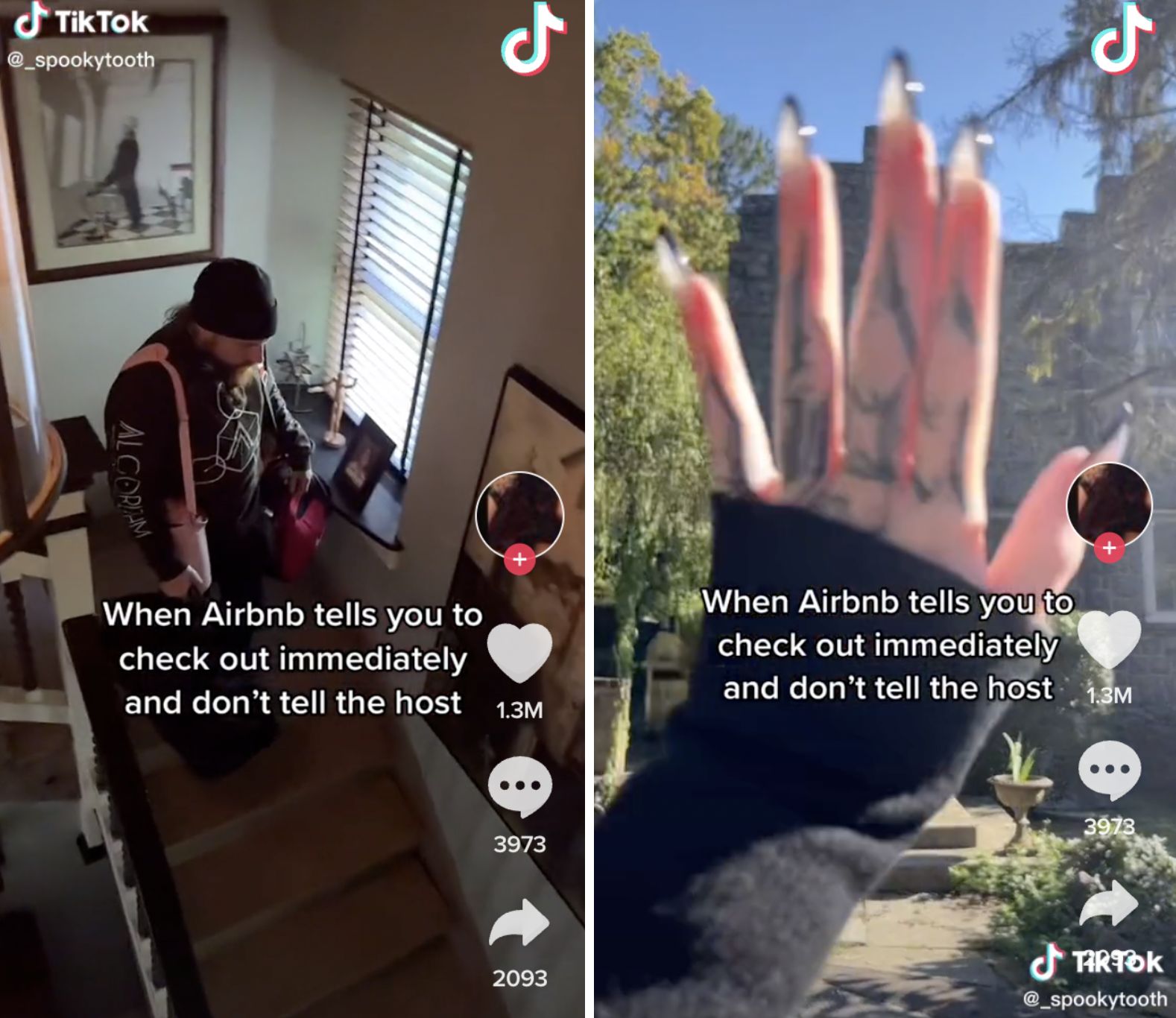 A couple secretly leaked their Airbnb because the company allegedly told them.

TikToker @_scary tooth sat down for a spooky story hour to discuss an unusual situation she says happened at an Airbnb. While there, she said she received an encrypted message from Airbnb asking her to leave immediately but not to alert the host. Creepy…

“When Airbnb tells you to leave immediately and not tell the host”, the text of the video read.

The TikToker and her boyfriend quickly packed their things. They raced down the stairs, got into the car and fled the Airbnb. The video racked up 12.8 million views and everyone demanded to know more.

An Airbnb representative told In The Know: “Guests were supported and we have no further comment.”

In an update, the TikToker explained what Airbnb sent him.

“The host is unaware of this situation and won’t know until we leave and contact Airbnb as soon as we get out of there,” she said. said the company told him.

She still had no idea what was going on, so she and her boyfriend left. Later that day, she received a text from her host telling her to “reject” any “weird or suspicious” messages from Airbnb.

The host called back, realizing they had left after seeing the viral ICT Tac. The host claimed a previous guest told Airbnb “dangerous” but untrue things about him.

Airbnb never told her the problem, only that the host violated company guidelines.

“It was scary now that we’re in a beautiful Hotel so everything went well,” she said. said.

People were very suspicious of the host and skeptical of Airbnb as well.

“The fact that the host already knows the Airbnb procedure to handle whatever situation makes me think this might not be the first time,” someone said. wrote.

“Must have been cameras in places where there shouldn’t be or someone was in the house,” another commented.

Traveling this holiday season? Snag This Samsonite Luggage Set While It’s 30% Off

Drop what you’re doing – the perfect button-down shirt is on sale for just $9 at J.Crew

Listen to the latest episode of our pop culture podcast, We Should Talk: