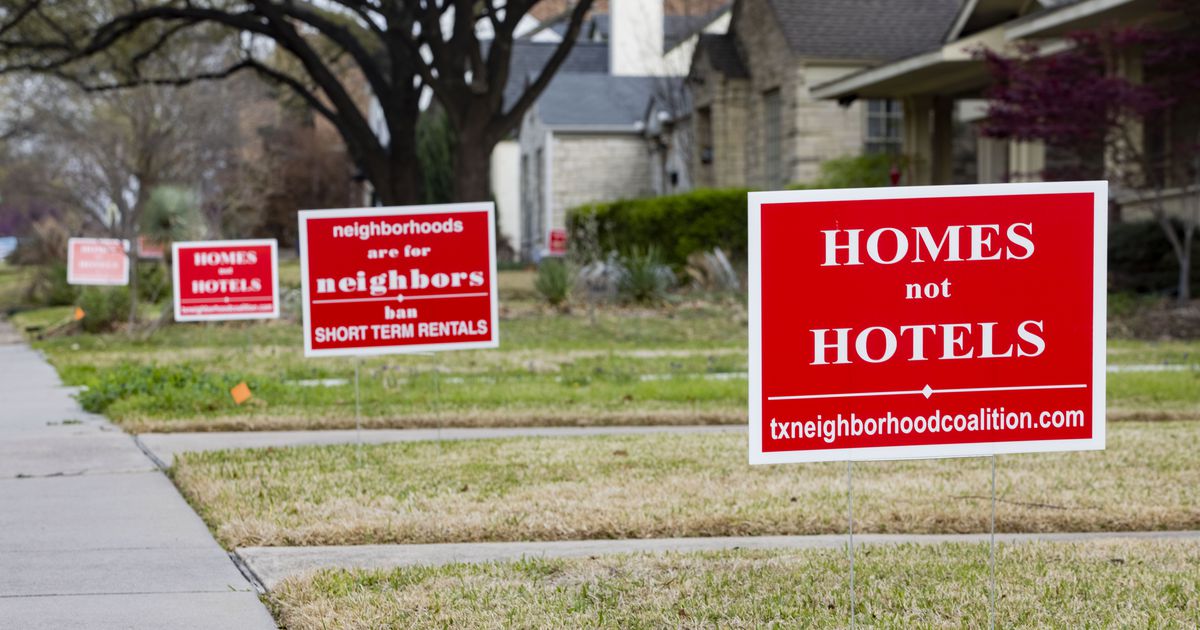 Arlington may continue to impose restrictions on short-term rentals in neighborhoods outside of the city’s entertainment district, according to a decision by the Texas 2nd District Court of Appeals in Fort Worth.

In a July 15 opinion, Judge Elizabeth Kerr said the restrictions do not violate state law or the rights of tenants and landlords.

The move marks the latest in a multi-year battle between short-term rental operators, like Airbnb and VRBO, residents of Arlington and the city, as a growing number of short-term rentals have cropped up in the residential areas near the AT&T stadium, Globe Life Park and other attractions.

“But for some Arlington residents who live near STRs, this influx of transitional tenants into residential neighborhoods has created problems: noise nuisance, wild parties and excessive parking on the street, as well as overflowing rubbish on the streets and tenants fighting and urinating. in the front yards ”, reads the opinion of the court.

In 2019, Arlington banned short-term rentals outside a one-mile radius of the city’s entertainment district. It also placed limits on the number of people who can stay in a rental and the times tenants can congregate outside the property.

Five owners opposed the order and sought an injunction that would have prevented the rules from being applied. The owners argued that the ordinance was an undue interference with the city’s power and violated their rights.

Arlington owner Dave Schwarte, who helped create the Neighborhoods Are For Neighbors Coalition, told CBSDFW (Channel 11) that the ordinance allowed residents to “reclaim our neighborhoods.”

Schwarte told the station that short-term rentals can bring wild parties, garbage and even violence to otherwise quiet neighborhoods, adding that the move could serve as a roadmap for Dallas and other cities considering a ban on short-term rentals.

“It means you have the power to regulate them and bring misery out of your neighborhoods, if you do it right,” he told Channel 11.