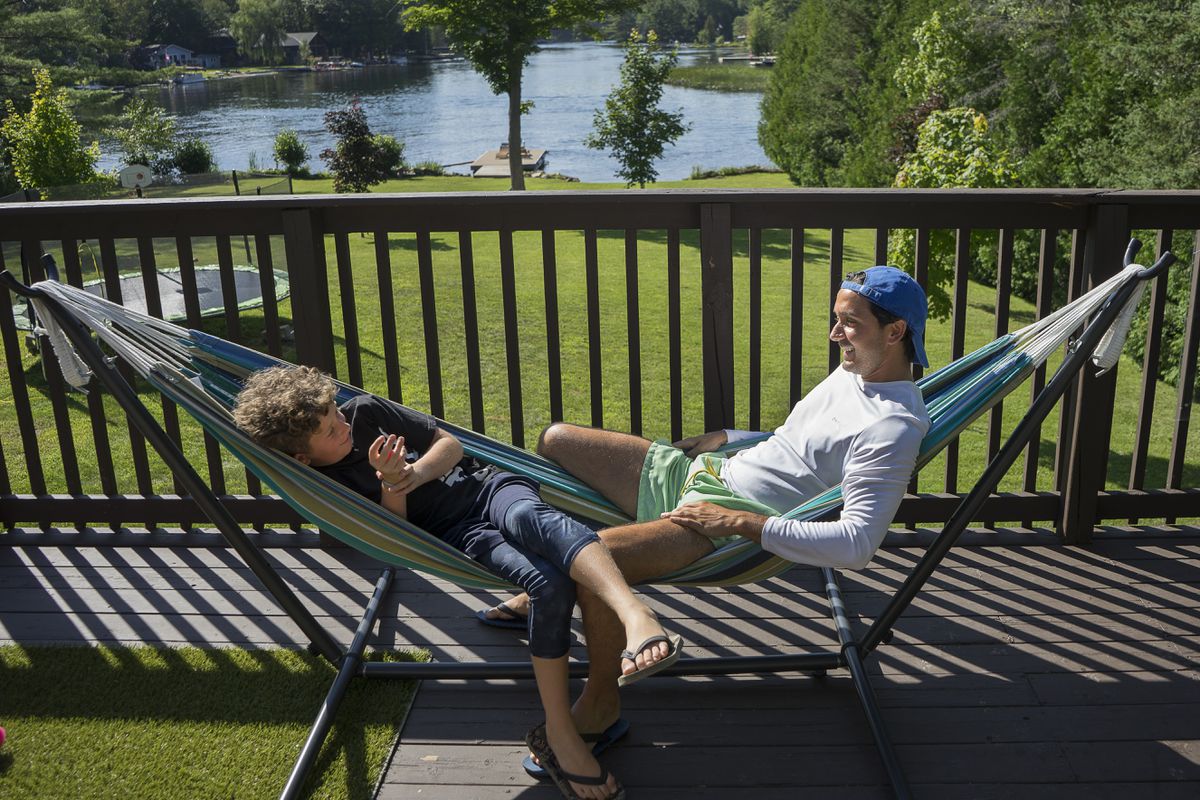 COVID-19 has pushed these homeowners to leave major cities. As cities reopen, do they ever come back?

When the pandemic turned the lives of Canadians upside down, many city dwellers fled to charming small towns, while commuters traded in their back pools for lakeside cabins. Real estate has become a distraction and an obsession.

This summer, some take stock of their way of life and their environment again.

Much of the population is vaccinated, schools are preparing to open their doors to students, and some employers are recalling workers to the office. With big changes coming – and the uncertainties of a potential fourth wave – many people are reexamining their living conditions.

Riley Boyko, a Toronto-based realtor for Cloud Realty, says some of those who fled the city at the start of pandemic lockdowns are starting to think about returning – for at least part of the work week – while others are still trying to figure out how they will balance life and work in the fall.

Mr. Boyko, who handles executive rentals for a client, recently leased four furnished units and all four were quickly purchased. In each case, the tenant is moving for a position with the company, he says, adding that many people returning to Toronto are looking for short-term accommodation while they prepare their next steps.

Mr. Boyko has also helped some of his clients relocate from downtown to larger homes near Toronto in areas such as Durham Region, Mississauga and Hamilton in the spring of 2020.

Some prefer the increased space and more laid-back lifestyle they’ve found outside of town, but not everyone made the transition so easily.

A young client who moved into a house in the suburbs recently found out that his employer would require staff to spend at least part of the week in the office. He intends to take the GO train for now, but is considering a return to Toronto.

“There’s so much more than work,” says Boyko, pointing out the many pleasures of city life that people miss when they leave town, including nightlife, restaurants, and friends and family. that they may have left behind.

“We quickly forgot why people wanted to live in downtown Toronto.”

Yet the move to remote work during the pandemic has opened up new possibilities for many people who previously had to live close to their offices in major cities.

Daniel Semenzato is a Bay Street analyst who works for one of the Big Five – work he can do anywhere with an Internet connection. When his 10-year-old son Oliver started learning online during the pandemic, Mr. Semenzato began looking for a home outside of Toronto so that Oliver could experience life in a more relaxed setting. rural. In late January, Mr. Semenzato outscored two rival bidders for the purchase of a detached, river-backed home in Washago, Ont.

Mr Semenzato says the move is also a bit of a real estate bet: he sold his tiny townhouse in the city during the market frenzy in March for around $ 860,000. He paid about $ 1 million for the new house in Washago, which is about twice the size and sits on 1 1/2 acre of land. “Sometimes we think we’re sitting on a gold mine, and we’re attached to it,” he says of real estate-obsessed Torontonians.

But Mr Semenzato expects the exodus from the city to continue as technology and changing mindsets allow people to work anywhere. Over the past 100 years or more, people have migrated from the countryside to the city in many parts of the world. He senses a change in the other direction.

Mr. Semenzato makes the 90-minute commute to Toronto on a weekly or bi-weekly basis, primarily to oversee a College Street restaurant he co-owns.

At his home in Washago, Oliver spends time this summer fishing on the dock at the back of the house, jumping on the giant trampoline in the backyard, and improving his canoeing skills. “You’re in the middle of nature, so you want to spend less time on your devices,” says Semenzato. If he wants to return to Toronto when his son is a little older, Mr. Semenzato will either use his northern property as a cottage or rent it out on Airbnb.

Other provinces are busy taking advantage of this pandemic change which has seen more people relocate as they are no longer tied to urban centers.

Jason Stephen, real estate agent with Royal LePage Atlantic in Saint John, has helped a steady number of people relocate to New Brunswick over the past few months.

Now that provincial border restrictions are easing and the so-called Atlantic bubble is open to visitors, he expects another influx.

“The number of people moving into our community has been overwhelming – in a good way,” he says.

“The pandemic has really made people evaluate their lives and their lifestyle. “

Most transplants come from Ontario, he says, with a handful from the Prairie provinces as well.

Jen Wilson has had no regrets since returning to Halifax from Toronto a year ago to a house she had only seen via a virtual tour. Ms. Wilson, who grew up in Nova Scotia, spends much of her time in her home office, where she leads a team of Twitter Inc. employees in seven countries.

The social media giant was already moving towards a more flexible work policy when the World Health Organization declared the spread of the coronavirus a pandemic in March 2020.

The pandemic has accelerated that plan – Ms Wilson has been given the green light to work remotely on a permanent basis, and she and her husband, Alex Piitz, have started looking for a home in Halifax for themselves and their baby boy. The couple sold their two-bedroom townhouse in Toronto’s Bloordale neighborhood and bought a four-bedroom detached home with a backyard in bustling Halifax for less.

Ms Wilson says she enjoys running in Point Pleasant Park, taking weekend trips around the province and having family nearby to support him.

She is relieved that the house – which her brother showed her on a video call while taking a tour – has not revealed any hidden issues since she and her family moved in.

“Fortunately, it was exactly what we wanted it to be. It’s always a big expense to spend on something you’ve never seen.

In depth: the audible city

How can we make our cities better? Join The Globe and Mail’s Adrian Lee on the City Space podcast as he explores what communities are doing to live more efficiently and prepare for the effects of climate change.

Our Morning Update and Evening Update bulletins are written by the editors of The Globe, giving you a concise summary of the day’s most important headlines. register today.