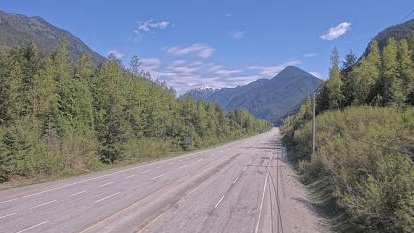 COVID-19 travel fines: More than 100 cars turned around during the May long weekend, RCMP say

VANCOUVER –
May 25: This story was updated after the RCMP told CTV News Vancouver that they made a mistake in their checkpoint logs.

British Columbia RCMP say more than 100 vehicles were returned to COVID-19 checkpoints over the May long weekend.

The news comes as the traffic control unit provides an update on travel control points for the May long weekend. The checkpoints, installed at four locations across the province, are in place to enforce the temporary ban on non-essential travel to reduce the spread of COVID-19.

Sgt. Janelle Shoihet said two vehicles did not stop at the checkpoints at the old toll booth, but did not have a ticket. Not stopping is supposed to result in a $ 230 fine, but the RCMP did not give them a ticket.

“It is not known why the drivers did not stop,” she said.

The checkpoints were open from May 20 to 22, during which time officers checked a total of 5,125 vehicles, Shoihet said. Of these vehicles, 96 “voluntarily made a U-turn” and 10 were “ordered by the police to turn around”.

No tickets were issued over the weekend, and Shoihet said the RCMP had still not fined anyone at his checkpoints.

Earlier in the week, police said they were stepping up enforcement at checkpoints, saying they were “increasing the number and duration” of traffic stops until Victoria Day.

The government temporarily banned non-essential travel between three designated areas of the province in April, and the RCMP has implemented rotary traffic stops at four locations over the past two and a half weeks to intercept drivers.

Traffic increased significantly over the weekend, with officers stopping 2,069 vehicles from May 14-16. About 30 drivers have agreed to voluntarily turn around, authorities said.

By comparison, officers stopped 1,412 vehicles from May 6 to 8 and only one driver turned back.