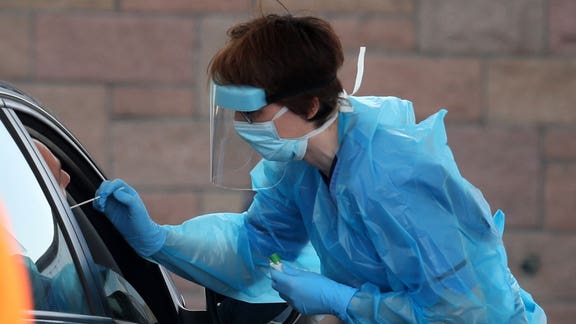 Covid-19 variants will be renamed to avoid “discrimination”

The Covid variants will now be named after the letters of the Greek alphabet to avoid “stigma,” world health leaders have announced.

Instead of bearing the name of where they were discovered, experts working with the World Health Organization (WHO) developed the new labels for the variants of the virus.

Four variants of concern, including B.1.1.7 known as the UK / Kent variant, have been renamed.

Today, WHO announced a new naming system for keys # COVID-19[FEMALE[FEMININE variants. The labels are based on the Greek alphabet (i.e. Alpha, Beta, Gamma, etc.) which makes them simple, easy to pronounce and remember.

WHO said these labels were chosen after extensive consultation and review of many naming systems.

The organization said the labels do not replace existing scientific names, which convey important scientific information and will continue to be used in research.

“Although they have their advantages, these scientific names can be difficult to pronounce and remember, and are subject to misrepresentation,” the WHO said.

“As a result, people often resort to variant calling by the places where they are detected, which is stigmatizing and discriminatory.

“To avoid this and to simplify public communications, WHO is encouraging national authorities, the media and others to adopt these new labels. ”