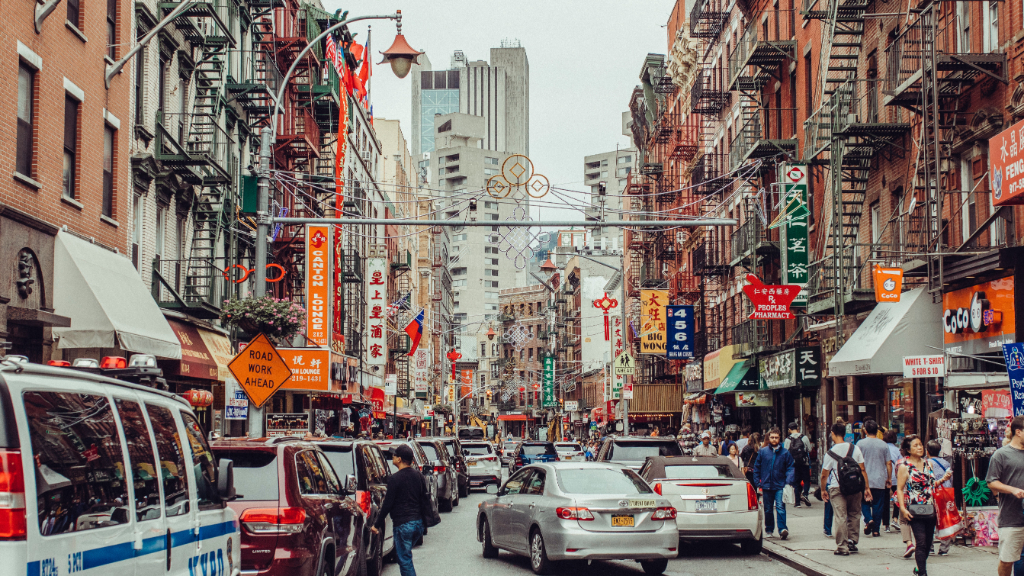 As anti-China sentiment mounted during the COVID-19[feminine] pandemic, researchers from Boston College, the University of Michigan, and Microsoft Research have studied the subtle patterns of consumer discrimination stemming from anti-Asian bias and how it resulted in an 18.4% drop in traffic compared to comparable non-Asian restaurants.

In their to study titled “The Cost of Anti-Asian Racism During the COVID-19 Pandemic” and published Thursday in the journal Nature Human Behavior, researchers found that Asian restaurants in the United States suffered an estimated $7.42 billion in 2020, with bigger losses in areas that have higher levels of support for the former president donald trumpwho explicitly blamed the COVID-19 pandemic on China and called her regularly”china virus” or “kung flu”.

The findings, which derive from a series of surveys, online search trends and consumer traffic data, are consistent with “the roles of collective blame, out-group homogeneity and ethnic identification erroneous”.

The shift in attitude towards Asian food during the pandemic has been propelled by a combination of blaming Asians for the spread of COVID-19 and being afraid of Chinese food, according to the report.

Many actors in American politics and media, especially those who were ideologically conservative, pointed to the connection between covid and China as a way to shift blame for the pandemic. At the same time, there has been a sharp increase in incidents of discrimination and violence against Asian Americans.

More from NextShark: Vietnamese influencer does make-up in hospital before her boyfriend’s visit

According to Krupenkin, researchers hope to further examine patterns of discrimination and negative media narratives about specific groups.

In an interview with NextShark, co-author Justin T. Huang, assistant professor of marketing at the University of Michigan, explained that anti-Chinese bias among consumers who would mistakenly identify other Asian restaurants as Chinese has resulted in a decrease in visits to non-Chinese restaurants. Asian restaurants too.

The study shows how COVID-related stigma and anti-chinese speech harm the Asian American community as a whole. The study also highlights the importance of avoiding stigma and racism in public health policy and communications.

Huang further discussed how emerging literature is tied to the history of Asian Americans and how Asian Americans have been scapegoats for larger geopolitical and economic events..

Vincent Jen Chin, a Chinese American, was targeted and murdered for appearing Japanese in 1982 by autoworkers who accused Japan of having recently fired them. Balbir Singh Sodhi, an American Sikh, was targeted and murdered for appearing Arab Muslim to his attacker seeking revenge for the 9/11 attacks. More recently, Bawi Cung (which traces his Myanmar descent) and his young sons were attacked in Midland, Texas at the start of the pandemic for appearing Chinese and thus spreading COVID-19.

In each of these cases, Asian Americans are seen as the perpetual outsider and face collective blame. I don’t think it’s a coincidence that these attacks were also cases of ethnic misidentification. Stereotypes, racism and hatred are often born out of ignorance, and the individuals who harbor the most animosity toward Asian Americans are those least willing and able to distinguish and recognize us as than individuals.

According to Huang, research shows that the harm done to Asian Americans during the pandemic has not been limited to violent incidents of hate.

Harm has also been demonstrated through micro-level interactions, such as consumer discrimination in retail businesses and online platforms.

Similar studies on subtle patterns of consumer discrimination include a 2022 study Harvard study who found that guests on AirBnB avoided hosts Asian-sounding names.

In a job study starting last year, researchers found that Asian Americans in jobs requiring face-to-face interaction were more likely to end up unemployed than other ethnic groups. Negative shifts in Asian opinions were again more pronounced in Trump-friendly areas, supporting Huang and his team’s study of the mechanism of stigma-driven consumer discrimination.

I think it’s crucial that we raise awareness of the range of harms that the pandemic and the stigma associated with it has created for the Asian American community. Anti-Asian hatred manifests itself in a variety of ways, ranging from violent attacks and micro-level interactions such as consumer discrimination. This research urgently reinforces the responsibility of politicians and the media not to stigmatize the pandemic and other global events in order to mitigate the harm to American minorities and POC communities.