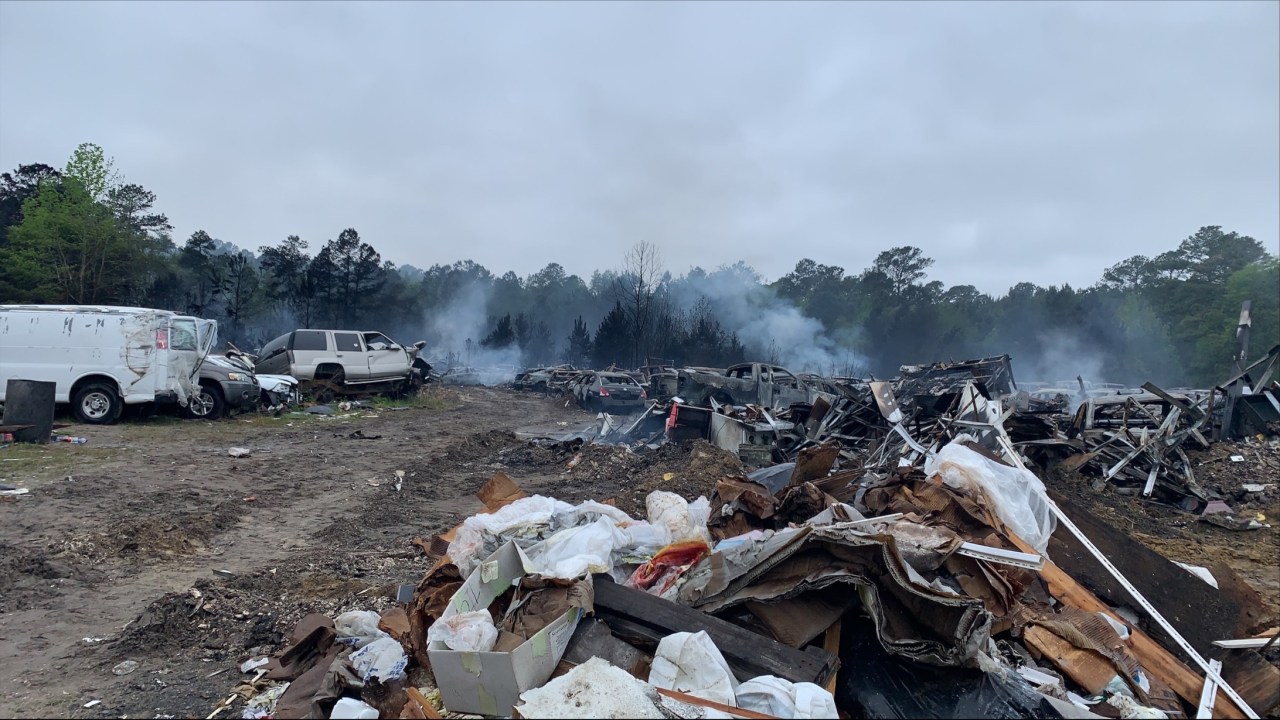 The Magnolia and Warsaw Volunteer Fire Departments responded to 295 Mooretown Lane in Warsaw around 9 p.m. When crews arrived, they found a large number of burning vehicles inside an auto salvage facility, as well as a wooded area.

“We have involved approximately 100 firefighters as well as 12 fire departments in and around Duplin County,” said Matthew Barwick, Duplin County Emergency Management Director and Fire Marshal. “One of our tanker task forces was alerted just because of the rural water situation…helped put out the fire.”

NC HWY 117 between John Rich Rd. and US I-40 was closed due to emergency vehicles during this time.

Crews brought the blaze under control around 3 a.m. Monday and monitored several hot spots. A regional North Carolina hazardous materials team responded to access and monitor the scene. An investigation into the exact cause of the fire continued Monday morning by the Duplin County Fire and Emergency Branch and the North Carolina Office of the State Fire Marshal.

Smoke still lingered in parts of the facility, which appears to be Mario’s Used Auto Parts.