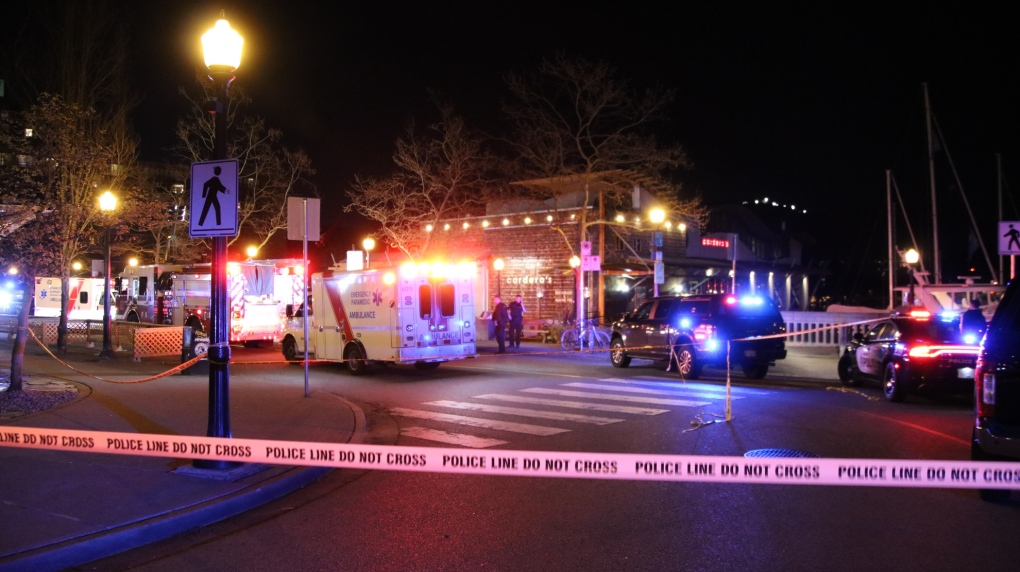 The man who killed Harpreet Singh Dhaliwal in a brazen execution-style murder outside a bustling Vancouver restaurant last year planned the murder weeks in advance, settling into an Airbnb to “stalk” the victim “in an effort to kill him”, according to court documents.

Francois Joseph Gauthier pleaded guilty to second degree murder in June this year and was sentenced to life in prison without the possibility of parole for 20 years. The judges sentencing decision was posted online on Wednesday, shedding light on the murder.

On April 17, 2021, Dhaliwal was approaching Cardero’s restaurant with his brothers and another person when he was shot.

“He was shot numerous times in the back, including two in the back of the head, and he was pronounced dead less than two hours later. His body had ten wounds, consistent with bullet penetration; nine bullets were found in his body,” the judge said. Heather Holmes told the court.

“When Mr. Dhaliwal was shot, his brother and the other man with them chased and grabbed Mr. Gauthier, and stabbed him several times before running to Mr. Dhaliwal’s location. was seriously injured but was able to walk to a yard near Broughton and West Pender streets, where he collapsed and was found shortly afterwards.”

The judge said Gauthier was seriously injured and hospitalized for six days. She also noted that no charges had been filed.

In the aftermath, police described the killing as targeted and later linked it to the Lower Mainland gang conflict, which claimed 15 lives in the first five months of this year.

Holmes mentioned this in his ruling, saying the court was given little notice of Dhaliwal during the sentencing process, with his family refusing to make victim impact statements.

“He was believed to be involved in the crime gang lifestyle, specifically with the Brothers Keepers gang,” she wrote. “This association, if it was, was unfortunate in the extreme.”

The careful planning of the murder was considered by the judge to be an aggravating factor. An Airbnb search found a ‘small arsenal’ of weapons, four different BC license plates, four cell phones, seven SIM cards, two GPS tracking devices and a ‘sophisticated silicone face mask “, said the court. When Gauthier was found after the murder, he had an extra cell phone and tracker.

“Mr. Gauthier’s intent to find and kill Mr. Dhaliwal was also revealed by the examination of two of the cell phones,” Holmes wrote, adding that information about Cardero was among the evidence uncovered in that search. .

Gauthier too, the judge said, changed his shirt and hat after leaving his Airbnb and before shooting Dhaliwal,

“He agrees that he did so in order to alter his appearance to conceal his identity.”

He was wearing a face mask and gloves when he shot Dhaliwal and used a silencer on his 22 caliber semi-automatic pistol.

OTHER FACTORS IN THE AWARD

The judge also noted Gauthier’s criminal record in Canada and the United States as an aggravating factor, saying the 53-year-old had “spent a very significant portion of his adult life in prison”.

The public nature of the shooting was another factor.

“Gun crime is a huge concern in the community, and this one took place in a public place that could be occupied by people of all ages, enjoying life as they expect and have the right to do so,” Holmes wrote.

“People dining at Cardero’s, or the occasional passerby there or on the busy seawall nearby, will have been spooked to varying degrees, some with lasting effects.”

However, Gauthier’s early entry of a guilty plea was something that Holmes saw as mitigating as it had the effect of sparing many witnesses, including children, from reliving the traumatic event while testifying.

In July 2022, Dhaliwal’s brother Meninder was one of two men killed in a broad daylight shooting outside a hotel in Whistler in an area popular with tourists and families.

After Harpreet’s murder, Meninder’s name and photo were included in a police public safety warning that included 10 other well-known mobsters.

“Police believe that anyone with or near these individuals may put themselves at risk,” the province’s Combined Forces Special Enforcement Unit said in its statement.

“CFSEU-BC is issuing a public warning and identifying them so family, friends, associates and the public can take action to increase their own personal safety.”

The third Dhaliwal brother, Barinder, was also on this list.