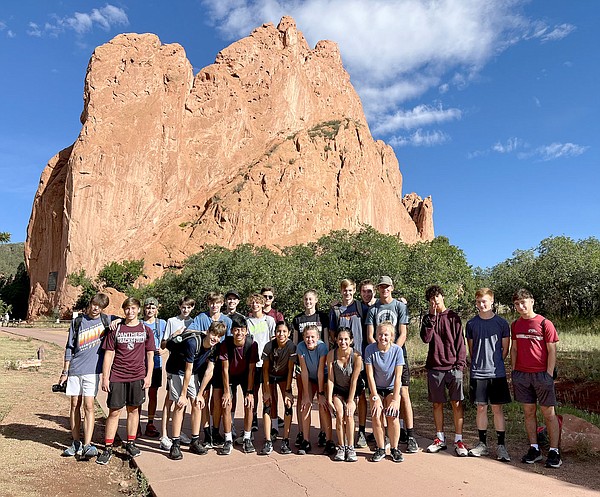 Siloam Springs cross-country runners had plenty of motivation to put in their miles this summer.

Sixteen boys, five girls and SSHS cross-country coaches traveled to Colorado Springs, Colorado July 24-30 on an incentive trip and were able to visit some of the most popular scenic spots in the region.

Head coach Sharon Jones said the program has struggled over the years to get kids to do their mileage during the summer.

So this summer, an incentive trip was planned for the boys who ran 280 miles in eight weeks and 210 miles for the girls in the same amount of time.

“We were very strict,” Jones said. “You weren’t going if you got close (to the goal). You had to go miles. We had a deadline. We were watching them.”

Jones said coaches use the Strava app to track and chart each athlete’s mileage.

“It was a big responsibility,” she said. “We used to ask them to get miles and we kept a log. We didn’t know if they actually got it or how fast they were running. We could tell all those things (with the app).”

In the end, five girls and 16 boys qualified for the trip.

“It was good. We felt like we had achieved our goal,” Jones said. “Our kids have run an insane number of miles this summer, more than we have ever done before. We can’t wait to see how that will impact our season.”

The only expenses for the athletes were a handful of meals on the road and a night out at a restaurant in Colorado Springs, she said.

“We had a pretty good payout when we met at home,” she said. “How can we use that money to improve our program? We know that in the past we’ve always struggled trying to get our mileage. … So we thought that was a pretty good incentive to buy them all to get more miles.”

The group left Siloam Springs on Sunday, July 24, and made the long trip to Colorado Springs, where they stayed in an Airbnb rental home.

The team had outings every day, sometimes several outings, and at night different groups of children did all the cooking for the meals.

“That was my favorite part was watching the kids cook,” Jones said with a laugh, “and we had some great meals.”

On Monday, July 25, the first full day in Colorado Springs, the group traveled to the Garden of the Gods, followed by a trip to the Olympic and Paralympic Training Center.

“Our guide (at the training center) was a gold medalist in the Paralympic shooting competition,” Jones said. “He was so much fun.”

On Tuesday, July 26, the group took on the challenge of the Manitou Incline, which Jones said was 2,786 steps, rising 2,000 feet in elevation over a one-mile stretch.

“I don’t care if you like it or hate it, I think everyone felt such a sense of accomplishment finishing that thing,” Jones said. “It was a straight mile.”

The group opted for the three mile hike from Manitou Incline and then drove around to the top of Pike’s Peak.

Jones said the temperature at the top of Pikes Peak, which is at an elevation of 14,115 feet, was quite cold.

“You could see your breath,” she said, adding that she was prepared for the cold with a hat, gloves and a coat, but many children weren’t.

She said the high altitude certainly played a role in being able to catch her breath.

“The altitude was real,” she said.

“We stopped at a place before (the top) that had a neat little place where you could walk around,” she said. “The wind was ridiculous. It was really cold. Our kids were freezing to death. They wanted to get back in the car. We went all the way to the top, for some reason the wind had already died down. It was just cold. No wind. We were able to get off the platforms and walk around the rocks. Coming back from the rocks to the platform, I was out of breath.

On Wednesday, July 27, the group set off for a two and a half hour drive to Rocky Mountain National Park.

“It was more of a stop here, get out and walk, see the sights, drive a bit further, stop, get out,” Jones said. “The kids had a little snowball fight at the top of the mountain. There was still quite a bit of snow. We saw elk, we saw deer, we didn’t see any bears or moose. C It was really fun. It was really beautiful.”

On Thursday, July 28, they traveled to Broadmoor Seven Falls, a series of seven waterfalls cascading from South Cheyenne Creek to South Cheyenne Cañon in Colorado Springs.

“It was my favorite,” Jones said. “You could walk to the top of the falls and then you did a short hike and a longer hike that overlooked the valley. It was beautiful too.”

On Friday, July 29, the group got up early with the intention of hiking up Pikes Peak on the Barr Trail, she said.

They traveled seven miles and planned to stop at a campground to regroup and see how everyone was doing.

“It was a good thing we did,” she said. “When we got there, the guard said you couldn’t go any further. There’s a storm at the top.”

Jones said the group needed to come down.

“It was a long seven-mile descent,” she said.

Jones said they were already talking about the incentive trip they could take next summer, maybe to Florida or visit the Smokey Mountains in Tennessee.

“Now that we feel like we’ve had good success, the goal is to go somewhere different four years in a row,” she said, “and we can go back.” 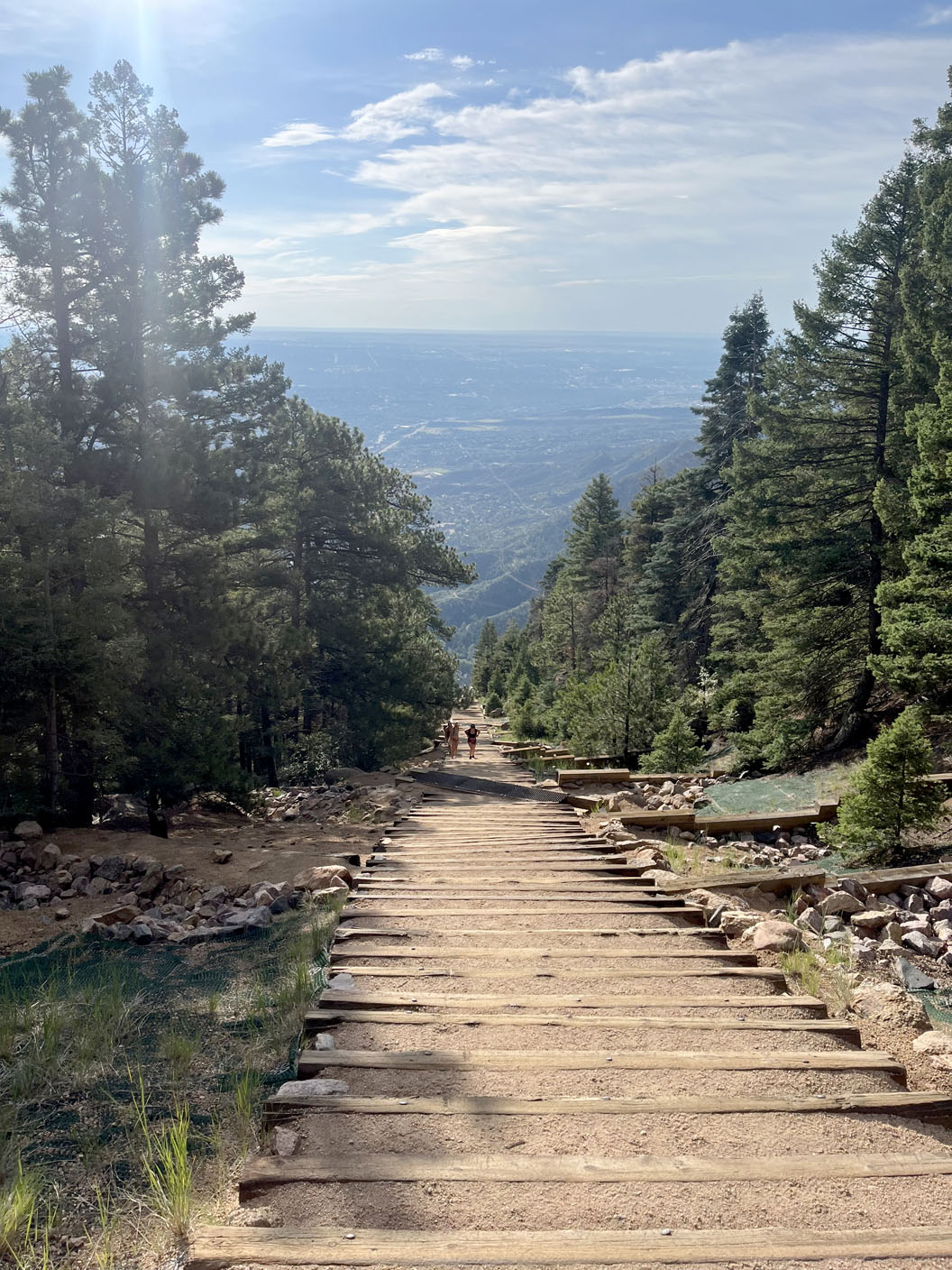 Submitted Photo Members of the Siloam Springs Cross Country Team hiked the Manitou Incline in Manitou Springs, Colorado on an incentive trip Tuesday, July 26. The slope has more than 2,700 steps and gains more than 2,000 feet in elevation in less than a mile, according to information at www.coloradosprings.gov. 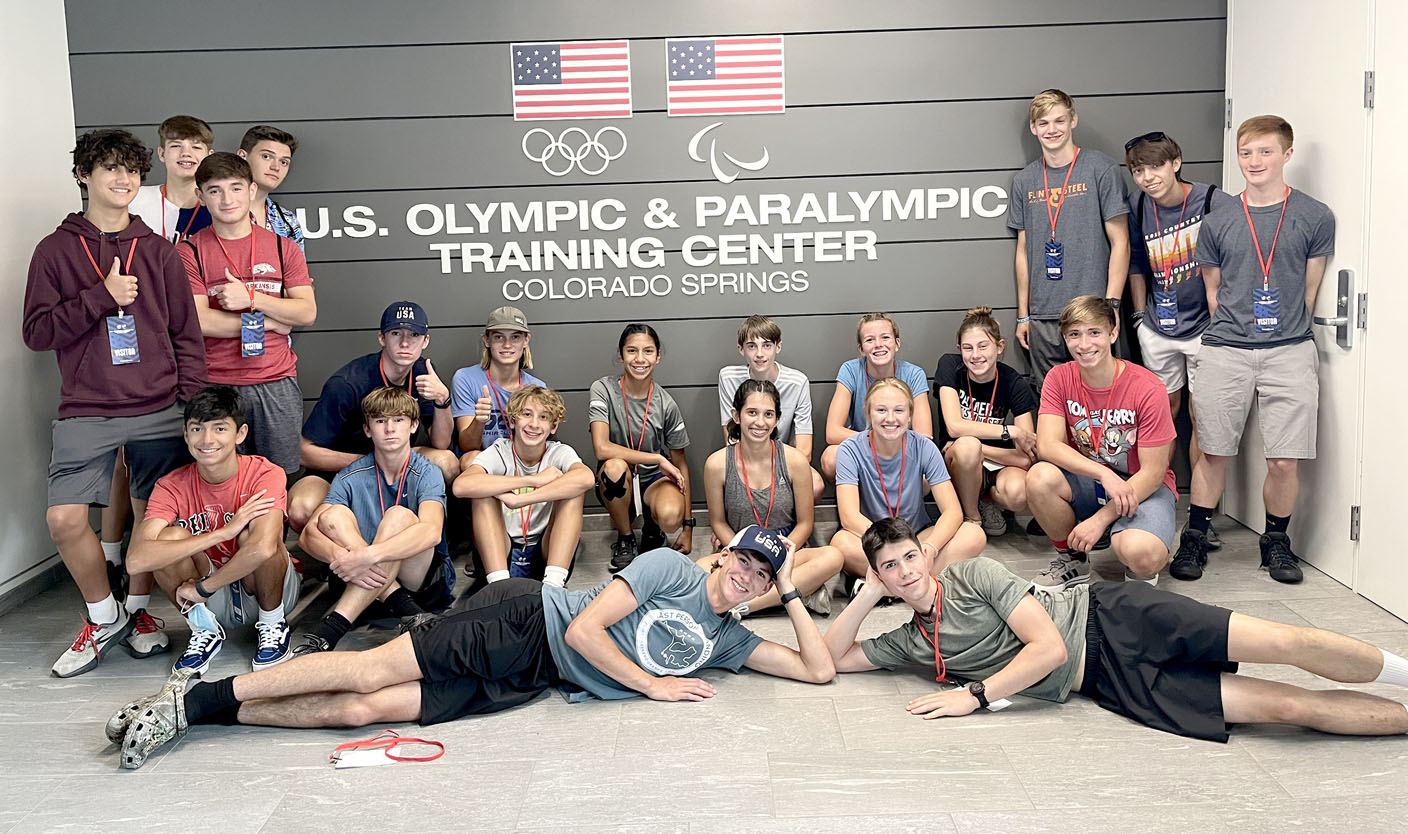 Submitted Photo Members of the Siloam Springs cross country team pose for a photo at the United States Olympic and Paralympic Training Center in Colorado Springs, Colorado on Monday, July 25. 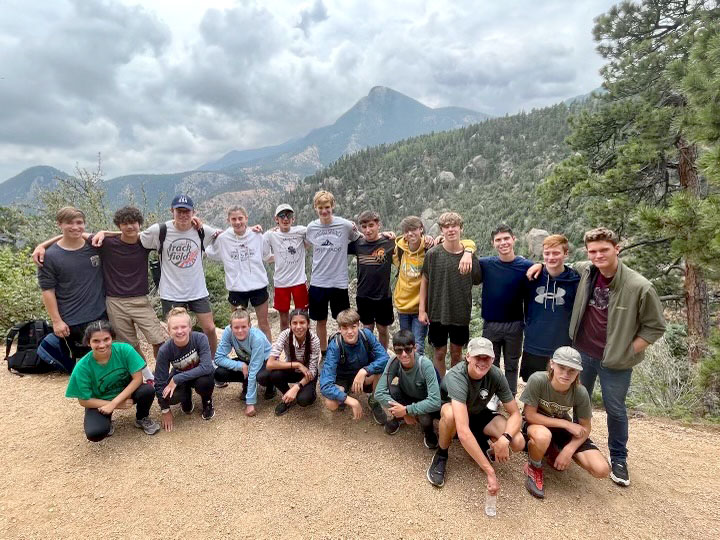 Submitted photo Members of the Siloam Springs cross country team pose for a photo while descending from Pike’s Peak on Friday July 29th. The group was unable to hike to the top of Pike’s Peak due to bad weather at the top of the mountain.