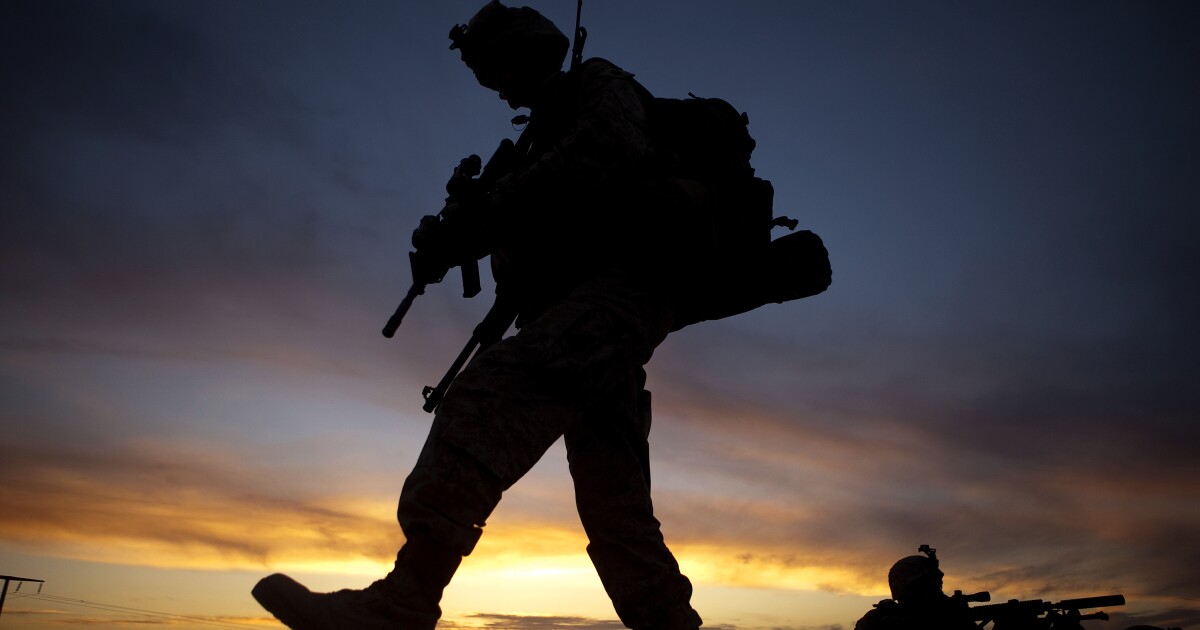 Their battalion of Marines paid a heavy price during the war in Afghanistan: 25 dead, 200 wounded. So they couldn’t help but wonder on Monday, as they watched the Taliban invade the country, if all this bloodshed was worth it.

To Juan Dominguez, who lost both of his legs and a large part of his right arm to an improvised explosive device in October 2010, the answer was yes.

“When we were there, we made a difference in people’s lives,” said the 37-year-old resident of Temecula. “It sucks to see all of that hard work fading away and gone so quickly. But I don’t believe our sacrifices were in vain.

“I didn’t feel like it was worth it,” said the 32-year-old resident of Thompson Falls, MT. “We did not leave the country in a better situation than when we arrived. So it’s a mess for me. “

Afghan war veterans across the country grappled with their emotions as they watched an enemy they had driven back to power. Some saw it as inevitable, given the way things have turned out in recent years. Others were surprised at the speed of the collapse of the Afghan army and government.

Contacting each other via social media, they tried to help Afghan interpreters who helped them during the war and are now trapped in airports, unable to flee. They worry about whether the country will be able to resist whatever the Taliban has in store for them.

“I think it takes a whole generation to figure out what it’s like to fight for your country and be ready to die for it,” said Marcus Chischilly, 34, of San Diego. “It doesn’t mean we haven’t trained them or provided them with enough resources. It’s about instilling in them, whether it’s the police or the national army, why you are doing this work. And they are not there yet.

The three veterans were all with 3rd Battalion, 5th Camp Pendleton Regiment, the Darkhorse Marines. They entered Sangin in the fall of 2010, replacing the British troops who had lost more than 100 soldiers there, a third of their war dead in Afghanistan.

For seven months at Sangin, the 3/5 suffered the heaviest casualties of any battalion during the war, mostly early on, before learning new tactics to deal with the improvised explosive devices planted under the dirt roads. and in the fields. By the summer of 2012, most of the Taliban had been driven out of the area.

But in the spring of 2017, he was back in Sangin. US and NATO troops had moved, as part of an overall reduction in forces there.

The return of the Taliban is one of the reasons Torres was not surprised by the events of the past week. “After they fired Sangin again, you could see it wasn’t a war we were winning,” he said. “It was just a matter of time.”

This view is shared by other veterans, although it is not universal, said Travis Horr, director of government affairs for Iraq and Afghanistan Veterans of America, a national body. defense group based in Washington, DC

“I think there are a lot of mixed emotions there,” he said. “It runs the gamut, from those who believe it was inevitable to those who think we should have stayed there and kept working to make a difference.”

Horr, a former Navy who served in the war in 2010 and 2011, said it had been especially difficult for veterans whose deployments involved training the Afghan army. “To see how quickly some towns were taken, no shots were fired – it’s tragic,” he said.

But he wasn’t guessing.

“It’s hard to get into their state of mind,” he said. “It seems clear to me that the Afghan army thought the government was supporting it, and it wasn’t. And seeing the United States withdraw so quickly also made it difficult for them. “

His group and similar organizations have reached out to Afghan ex-combatants over concerns about the impact of the latest developments on people with mental health issues, such as post-traumatic stress disorder.

“It can be really triggering for those who have spent a lot of blood, sweat and tears there,” he said.

The best of the nation, another support group, quoted Dr Sonya Normal, director of the Department of Veterans Affairs’ PTSD counseling program, as saying that veterans and their families should pay attention to behavior changes.

“Those with difficult memories or struggling in any way should not hesitate to seek help,” the group said in a statement.

Dominguez said recent events had not changed his feelings about his time in the war.

“I think we are all proud of trying to make Afghanistan a better place,” he said. “People there want to live like us – they just want to be free. “

But mistakes were made, he said, in terms of understanding the culture and history of Afghanistan, and in terms of the mission there as it has evolved over the past 20 years. .

“There are always lessons to be learned, and as long as we learn them, we can find a way to be better,” Dominguez said. “History can teach us a lot of things, but if we don’t teach it, if we don’t learn from it, history tends to repeat itself in the most horrific ways.