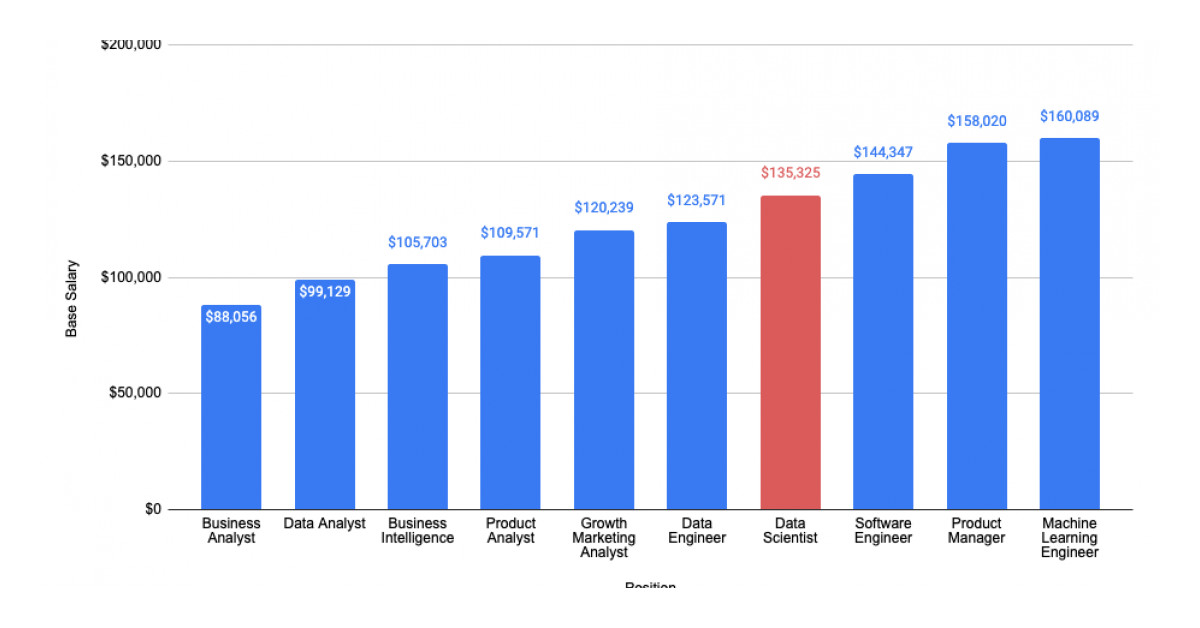 SAN FRANCISCO, April 19, 2022 (Newswire.com) –
There’s a reason everyone wants to be in AI and data science. Data science salaries have increased by 25% over the past five years in a new study by Interview Query.

Interview Query analyzed over 50,000 salary data points to understand how compensation has changed for data science and AI jobs.

The data showed that salaries for data engineers and data analysts increased by 35% in the past five years, compared to a 6% increase for software engineers. But most data science roles are just catching up. Data engineers and data scientists earned an average of about $140,000 in base salary in 2021, compared to $155,000 for software engineers. Machine learning engineers were still the highest paid of all data positions, with an average base salary of $175,000 in 2021.

The highest-paying companies, however, will pay their data scientists over $500,000 per year. This includes companies like Netflix, StitchFix, Stripe and Airbnb, where most of their compensation comes from stock options which peaked in 2021.

And while San Francisco, Seattle, and New York offer the highest salaries for data scientists, the best cities to live in for data science and engineering for the best return on pay are cities like Boise, Fayetteville-Springdale , Cincinnati, Memphis, Salt Lake City, Houston and Austin.

More interesting facts from the study:

If you have any questions regarding this release, please feel free to contact Jay at [email protected].

‘I’ve been here since Saturday’: Fans camped out all holiday weekend for Louis Tomlinson