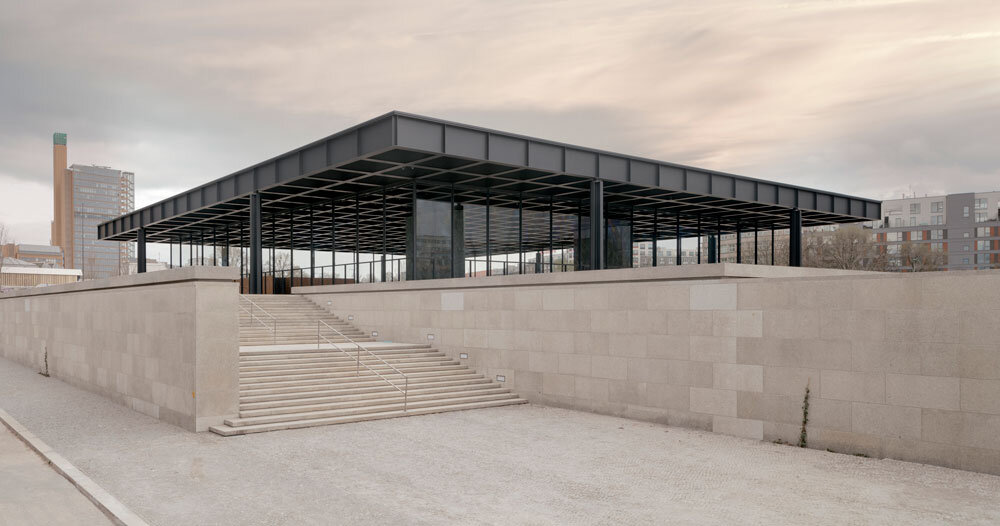 david chipperfield architects has released new images of his complete renovation of the mies van der rohe neue nationalgalerie in berlin. after five years of intensive work, including upgrading the Museum up to current technical standards and by repairing its concrete hull, the icon of 20th century architecture has regained its former glory. the keys to the building will be handed over to the client in a digital ceremony on April 29, 2021, and it will reopen to the public in August 2021.

UPDATE: david chipperfield architects completes his renovation of the neue nationalgalerie in berlin, which reopens its doors to visitors this sunday 22 august 2021.

balancing monument preservation and functional revitalization, david chipperfield architects completes the renovation of. designed by ludwig mies van der rohe, the original building has marked an icon of twentieth century architecture since its completion in 1968. the steel and glass structure is the only mies building in europe designed after its emigration from germany in the united states in 1937, following the closure of the bauhaus.

“Dismantling a building of such unquestionable authority has been a strange experience but a privilege”, said David Chipperfield. “The neue nationalgalerie is a touchstone for myself and for many other architects. seeing behind its exterior revealed both its genius and its flaws, but overall it only deepened my admiration for mie’s vision. ‘ 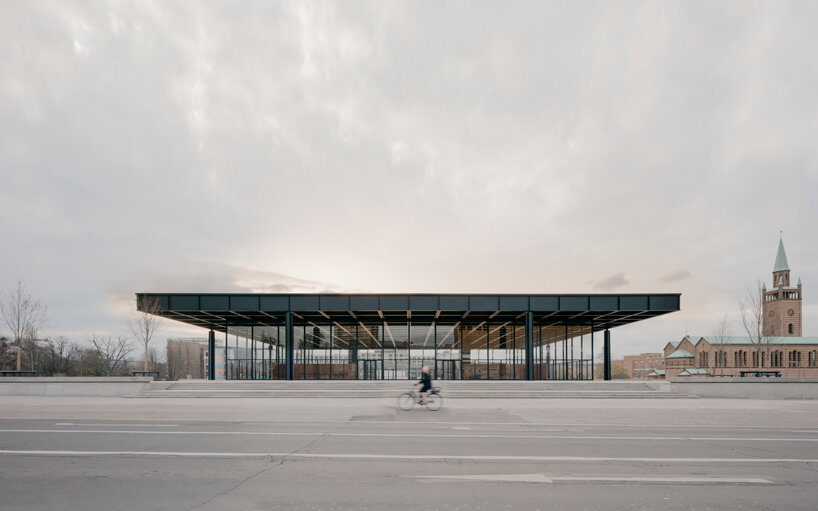 chipperfield continues, “So our work was surgical in nature, addressing technical issues to protect that vision. Granted, performing such a task in a building that leaves no place to hide is intimidating, but we hope we’ve made this beloved patient seemingly intact except for his smoother operation. 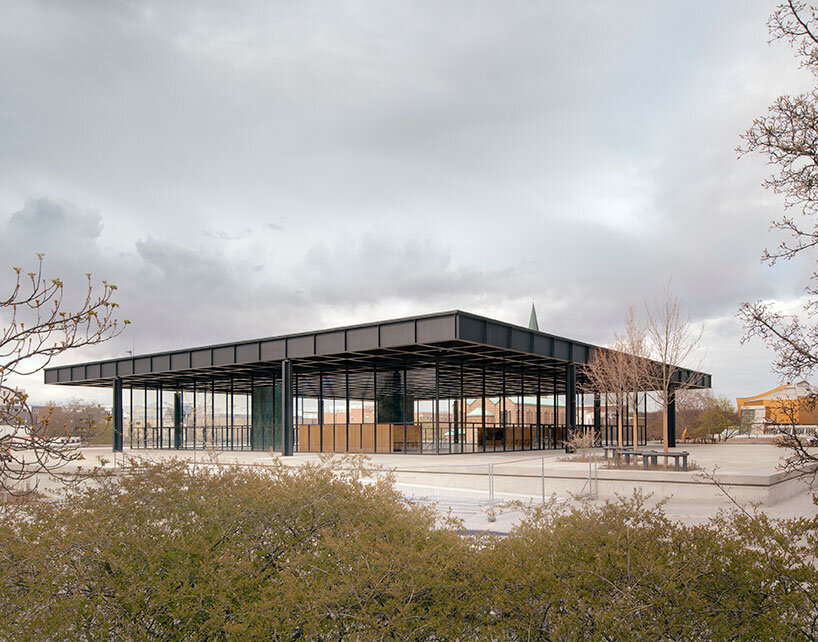 First erected in 1968, the neue nationalgalerie is the only building in europe designed by pioneer german-born architect ludwig mies van der rohe after his emigration to the united states. in 2012, david chipperfield’s berlin office was appointed to renovate the museum. dealing with such a well-known and beloved building, the design team approached the project as a “respectful repair”. the works included updating technical functions such as air conditioning, artificial lighting, security and visitor facilities. in addition, access for people with disabilities has been improved to make the museum more inclusive. 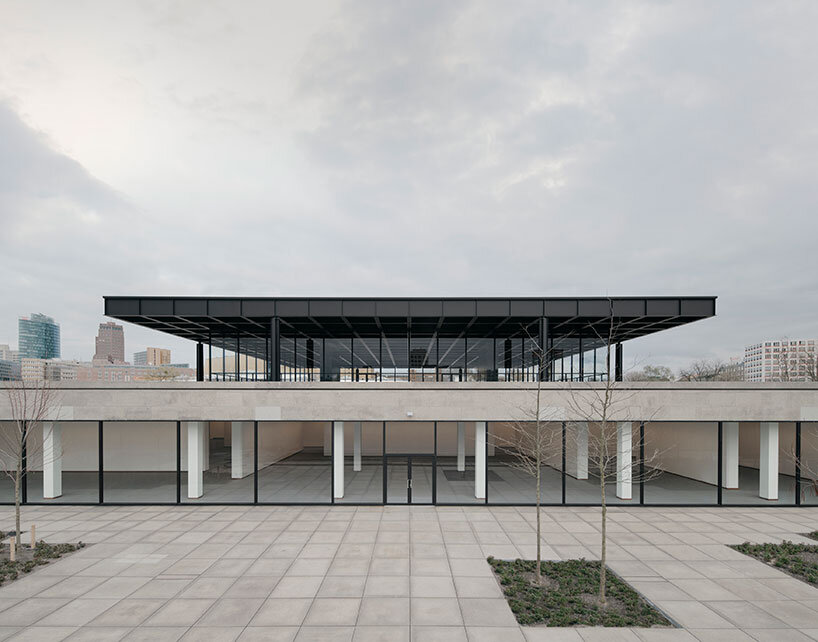 the restoration also included a meticulous repair of the reinforced concrete envelope, which was first to be exposed by removing approximately 35,000 of the building’s original components. but after making the necessary repairs, each piece was carefully reinstalled to where it stood, all with the goal of preserving the crumb masterpiece. see previous coverage of the project by designboom here and here, and see other projects from david chipperfield architects on our dedicated page. 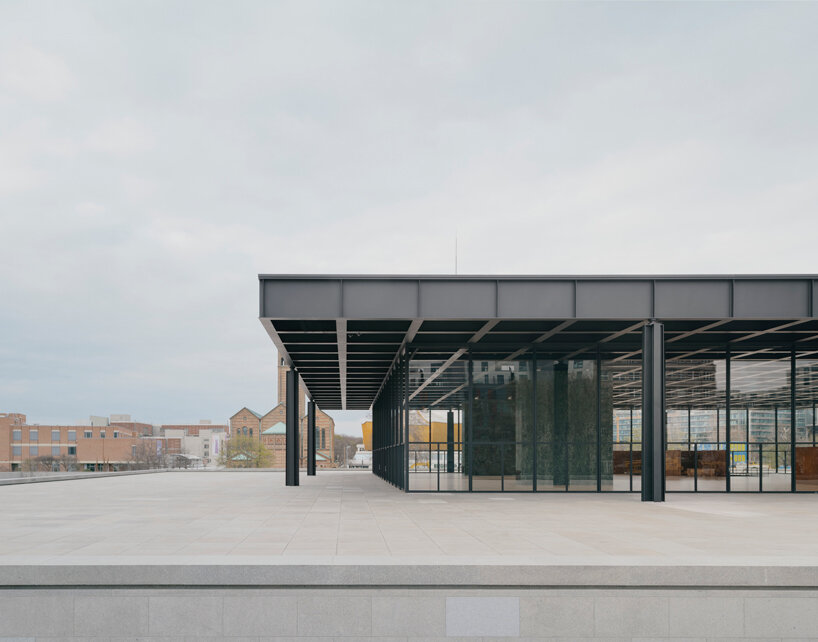 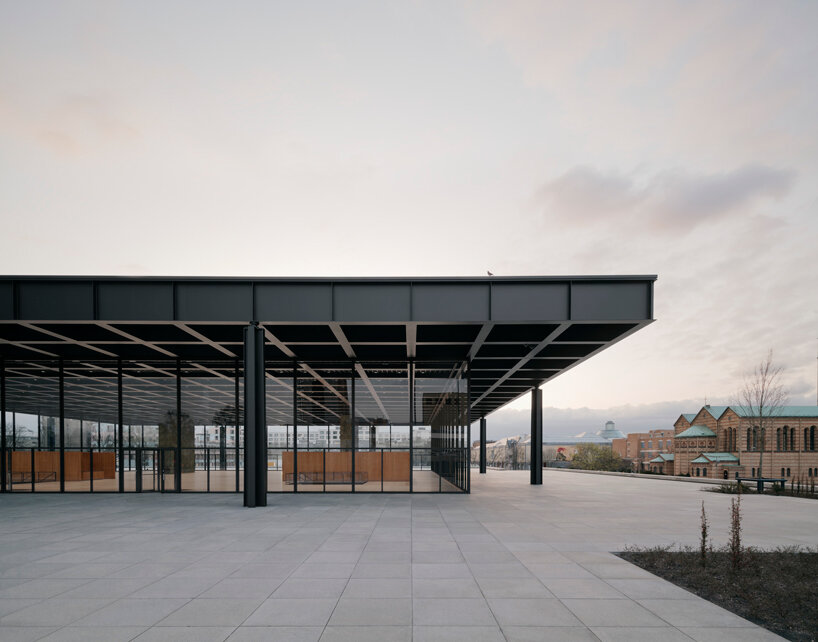 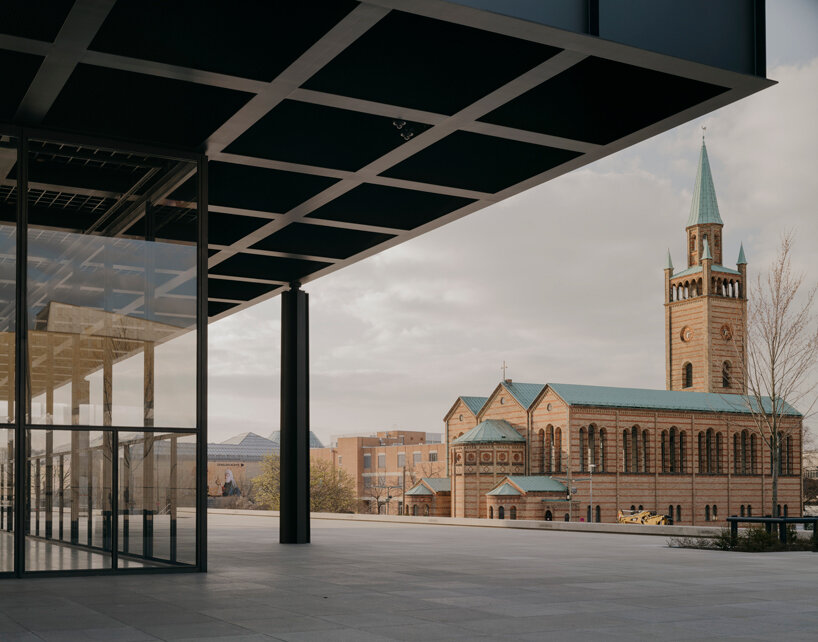 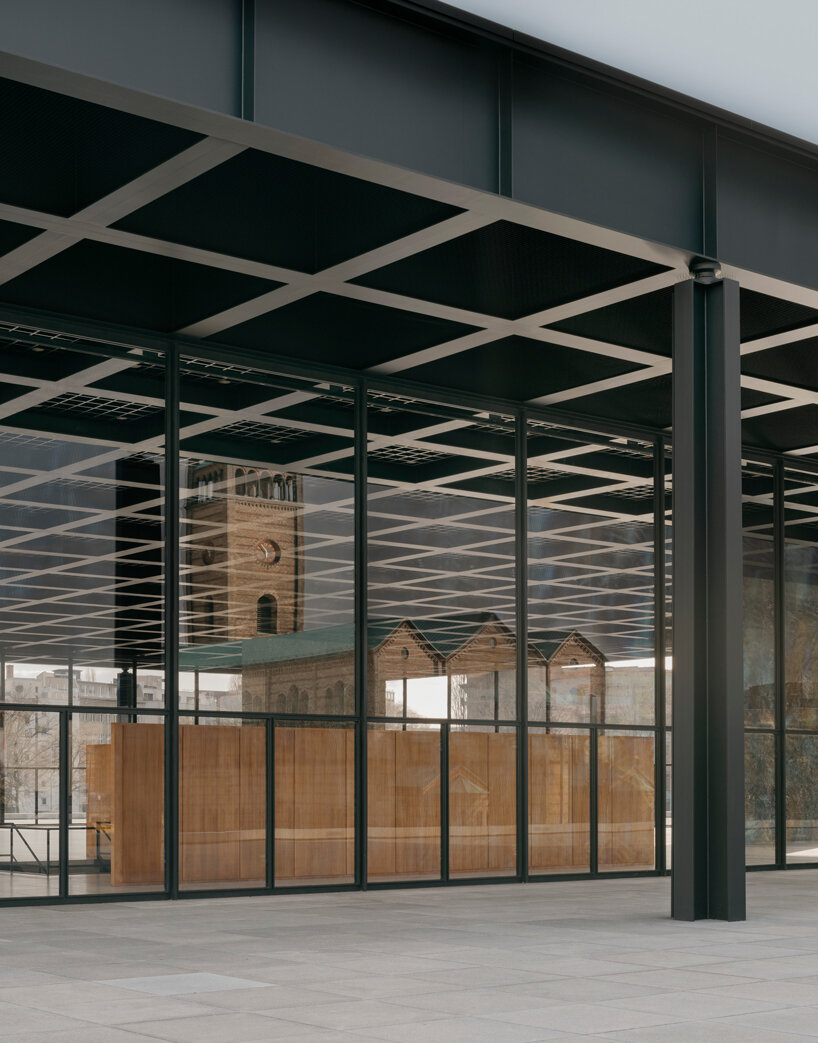