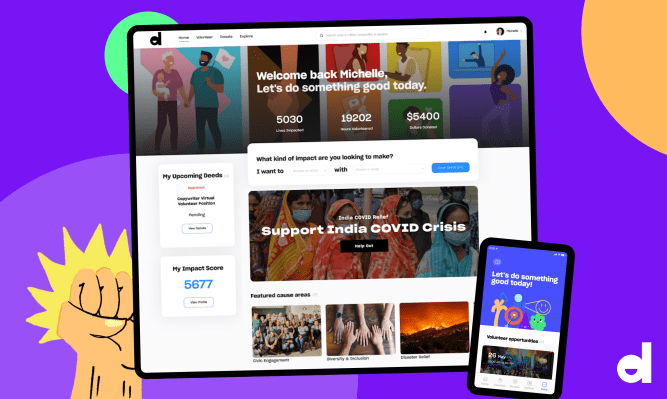 If your employer does some kind of charitable matchmaking, the system that powers them might be… not great. Maybe it has an old interface; maybe he’s stuffed behind the VPN at some weird URL that takes half an hour to unearth every December when you remember there’s donation money about to expire.

Deed, an ongoing Y-Class Combinator S21 company, is looking to modernize the concept of corporate social responsibility (or CSR) – and do a little more to keep it on your radar, while they’re at it.

Deed’s web interface largely does what you would expect from a platform like this. He will manage employee donations and facilitate matchmaking of donations according to employer rules, and he will provide volunteer opportunities and track volunteer hours accordingly. And it will do all of that with a clean interface that shouldn’t look out of place and dated in a modern business tool set.

But it also offers a lot of cool things that I haven’t seen the alternatives do – like a dating app-style swipe interface to reduce volunteer opportunities, more in-depth support for employee resource groups (you can track employee groups within your company, and those groups can highlight organizations you might want to donate to) and tools to promote a little friendly competition that can volunteer between departments. Next: Slack integration.

This week Deed is rolling out a first version of his Slack link, which, as company co-founder Deevee Kashi tells me, is meant to “meet employees where they are.”

While Deed’s web interface leads nowhere, this new integration allows them to deliver most of the most commonly viewed features – as well as a feed of any donation / volunteer activity your coworkers choose to share – right in. Slack. Easier access, harder to forget.

Deed is a bit more advanced than most of the companies we see coming out of YC. Most of the teams we see in each YC batch are made up of a few co-founders working from any office space they can find; Deed, meanwhile, has more than 20 employees across the globe and a growing headquarters in Berlin.

But the business is still in its infancy: much of its growth, and even its focus on the business, is relatively new. 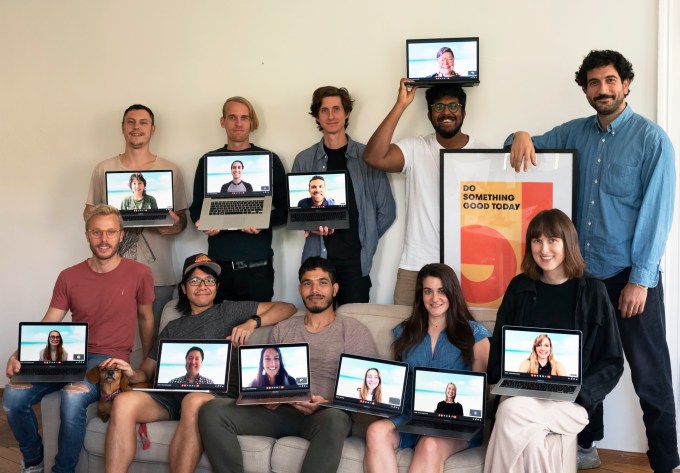 Deed started life in 2016 as an app with a similar, but different, focus. Kashi, after running nightclubs for 10 years and, as he puts it, “throwing parties for a living”, decided it was time to re-tune.

“Outside, people saw my career as a success. Inside, I was very… distraught, ”he told me. “I wasn’t really connected to what I was doing and in no way did it match my values.”

“I took a step back and decided to volunteer, just a little bit locally in the city. After trying to volunteer, I realized how cumbersome the process was, how archaic all the technology was, and how difficult it was for nonprofits to engage with young people.

From there came the first iteration of Deed, and then an app to help individuals find the right volunteer opportunities for them. They developed a community of tens of thousands of users around New York… then the big companies came knocking on the door.

“Their employees came to see them and said they really enjoy using the app in their spare time,” says Kashi. “They thought we also had a corporate offering to help them with their volunteer and employee engagement programs.

After pulling out some more on this thread, the team decided to go all-in on the business in 2020. They took what they learned about building a nice and modern interface for individual volunteering. and adapted it to the needs of these large teams. And it seems to work; they quickly signed their first major client with Adidas. Next come Sweetgreen, Airbnb and Stripe. Kashi tells me that they are now working with companies with between 250 and 100,000 employees.

Deed raised $ 2 million at the end of last year – and with the momentum behind his move to corporate teams, has seen his own team grow rapidly. “We couldn’t afford two offices. Kashi said. “Now we’ve hired a bunch of people over the past year and a half. And I had never met them in person! Then all of a sudden I go upstairs and the whole floor is ours. It’s really surreal to integrate people from a distance, to manage them for a year and a half… and so seeing them for the first time.