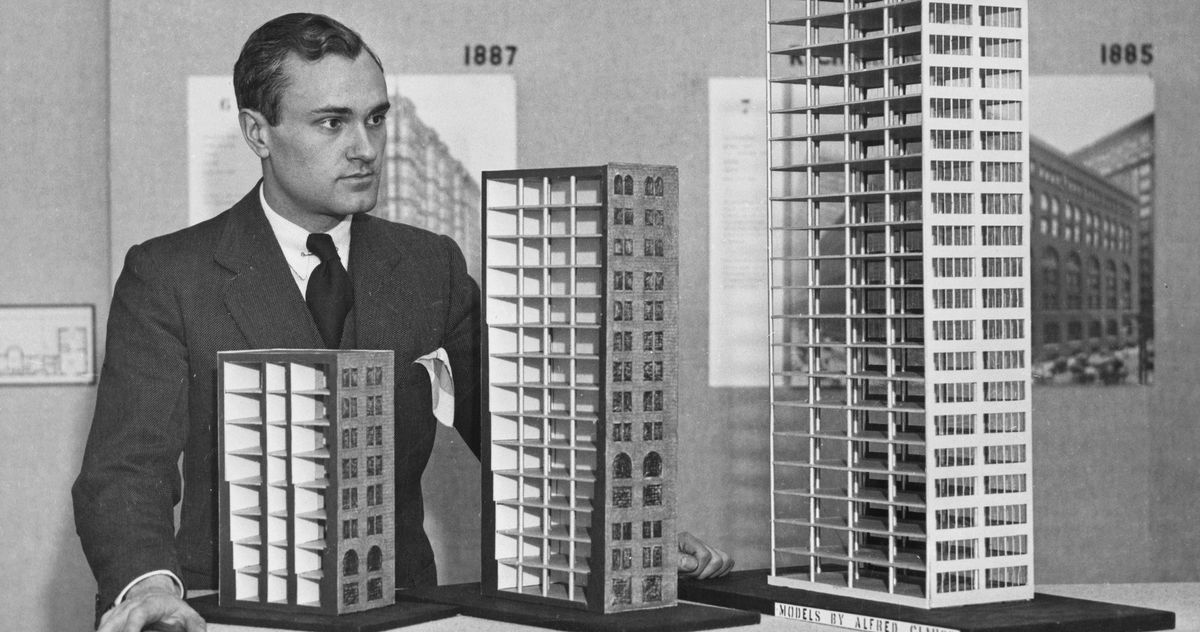 Before Philip Johnson designed a single building, he was already “the godfather, gadfly, scholar, patron, critic, curator and cheerleader” as critic Paul Goldberger. written once. As the founding director of the Architecture and Design Department of the Museum of Modern Art, he helped define modern architecture for the American public. His name appears on the walls of the MoMA galleries and is part of the title of his chief curator of architecture and design. But a group of artists and architects are claiming accounts with all of its history, as Philip Johnson was also a fascist.

Friday the Johnson Study Group – a largely anonymous group of designers and architects documenting Johnson’s influence on MoMA and the field of architecture – sent a letter at the museum, demanding that his name be removed from all spaces and titles. Thirty-one big names in architecture, design and art have also signed, including seven architects in an upcoming MoMA exhibition. “There is a role for Johnson’s architectural work in archives and historical preservation,” the letter read. “However, naming the titles and spaces inevitably suggests that the winner is a role model for curators, administrators, students and others who participate in these institutions.”

What disqualifies Johnson, according to the letter, is his background as a white supremacist, which is well documented in books and magazines and in his FBI file. Johnson described attending Nazi rallies in Germany as “exhilarating” and attempted to found a fascist political party in the United States. During World War II, he called the burning of Warsaw and the bombing of the Polish town of Modlin by the Nazis as “a moving spectacle.” He supported anti-Semitic radio demagogue Father Coughlin and designed a stage for his rallies based on a used Hitler. It wasn’t until long after the war had started that Johnson turned away from Nazism and spent the rest of his life trying to pass this period off as a youthful indiscretion.His biographer, Mark Lamster, theorizes that his social connections and wealth saved Johnson from imprisonment, and after the war he became one of the country’s most sought-after architects, celebrated to this day. His role in building MoMA as an institution is unmistakable: Johnson founded his department of architecture, organized its groundbreaking initial design exhibition, and even designed the wing of the building that opened in 1964.

“The architectural world is so closely linked to white supremacy that people blink and keep going,” says V. Mitch McEwen, architect and professor at Princeton, member of the Johnson Study Group. She, along with six other signatories, is also part of the next MoMA “Reconstructions: architecture and darkness in America“show. This is the museum’s first exhibit dedicated to the architecture of African-American and African diaspora communities in the United States.” It sets a standard for abuse – that’s what the title does of “Philip Johnson” is what a gallery named after Philip Johnson does.

McEwen and a few of her colleagues formed the Johnson Study Group over the summer while she was working on her commission for “Reconstructions”. She watched architectural institutions release anti-racist statements in response to the uprisings sparked by the murder of George Floyd, and decided to explore MoMA’s own history in this regard. What she found was that Johnson, who was affiliated with MoMA almost continuously from 1932 until his death in 2005, had a disproportionate influence over the work that the museum collected and exhibited and over whom he did not, namely that of black architects.

This initiative builds on other recent efforts to combat racism in cultural institutions, design, and academia. “We are interested in dismantling [racist systems] piece by piece, ”says Bryan C. Lee, a signer who is the founder of the New Orleans design company Colloquium and the founding organizer of the Design justice platform. “To do that, you have to really understand which threads to pull in order to unravel the ideology behind it, and Philip Johnson pulls a lot of threads.”

MoMA has not publicly responded to Curbed’s letter or requests for comment.