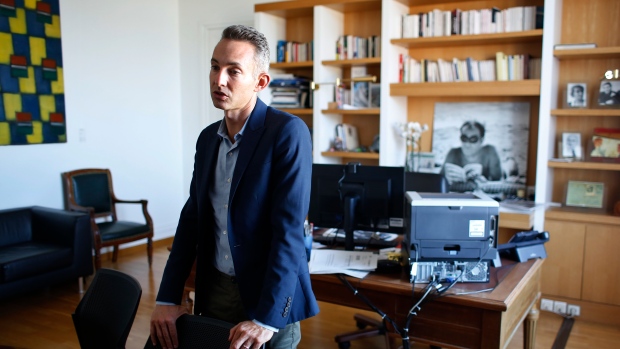 Despite the money tourists bring in, Paris blames Airbnb for chasing Parisians

PARIS — The first paying customers of the ground floor studio recently posted on Airbnb were quite innocuous: a family, who came to taste the joys of Paris, like millions of others.

Franck Briand, who lives in the apartment directly above, now considers this moment the start of what he calls his Airbnb “nightmare”. The next four years, he says, were a relentless carousel of late-night parties, drunken revelers and the din of newly arrived groups, sometimes 15 at a time, dragging wheeled suitcases across the cobbled courtyard.

“I want to leave,” says Briand. “But I told myself that it shouldn’t be the weakest, those who are threatened, who give in.”

Paris, long one of the world’s top destinations, is forever grateful for the billions of euros (dollars) tourists inject into the French capital’s economy and the 300,000 jobs they support. But Parisians and city hall officials also express deep qualms about having so many visitors directly among them, who are no longer largely cooped up in hotels but instead live, albeit temporarily, side by side with locals in properties. rented online.

The backlash in Paris against intrusive door-to-door tourism has yet to reach the proportions of other heavily visited cities. Venice and Barcelona, ​​among other destinations, have seen repeated protests. But the concerns expressed in major European destinations are often the same: that mass tourism and its online platforms are hollowing out cities, driving out locals with higher prices, higher rents and simple inconveniences.

Jacques Boutault, mayor of the 2nd central arrondissement of Paris, is one of those who are sounding the alarm. The rectangular neighborhood he oversees, surrounded by some of the city’s must-see sites including the Pompidou art museum, has seen a precipitous population decline as Airbnb has taken Paris by storm, with more listings than any other city in the world.

“The population is changing, going from those who have been there for years to those who are just passing through”, explains Boutault, borough mayor since 2001. The 2nd arrondissement has lost 3,000 inhabitants over the past four years, more by 10 percent. hundred of his total and many of them are families, he says. Schools in the district have closed three classrooms.

“I don’t want to be the mayor of a museum, that is to say pretty walls where people spend a little time and then leave,” says Boutault. “It’s important that city centers remain authentic and vibrant. In fact, that’s what tourists come for.”

The deputy mayor of Paris, Ian Brossat, in charge of housing, says the capital has lost 20,000 homes in five years, “homes that used to be inhabited by Parisians but are now populated by tourists. They are no longer housing, they are clandestine hotels”.

“Airbnb has moved away from its original model,” he says. “We went from a sharing economy to a kind of predatory economy, with professionals who bought houses, sometimes buildings, in bulk to turn them into ATMs. So our role is to put back a little of order.”

In this photo from Thursday, September 20, 2018, a housekeeper works in an apartment located on Airbnb in Paris. (AP Photo/Thibault Camus)

To regulate the growth of Airbnb and similar platforms, Paris has since December forced owners who register online to register. Parisians are only allowed to rent the property they live in to tourists, and for a maximum total of 120 days per year. Any other Paris residence they might have cannot be rented out to tourists at all.

But even with inspection teams going door-to-door and fines for the most egregious offenders, the rules remain poorly enforced. Brossat is now pushing for a general ban on tourist rentals in central Paris, arguing that landlords in the 1st, 2nd, 3rd and 4th arrondissements – “most affected by the Airbnb phenomenon”, he says – should still be allowed to rent guest rooms but not their entire property.

Airbnb France, in a statement, called Brossat’s proposal “disconnected from public opinion, dissociated from legal reality.” He said renting properties on Airbnb helps Parisians “boost their incomes and cope with the rising cost of living in their communities, where housing capacity hasn’t kept up with demand for decades. “.

More pressure on Airbnb and similar sites is coming with a new housing law set to get final blessing from parliament. It opens the door to significant fines against sites hosting goods that do not comply with French regulations.

Brossat expects the law to mark a turning point.

“Paris gentrification didn’t start with Airbnb. But Airbnb is a gentrification accelerator,” he said. “The risk is that Paris becomes a city no longer inhabited by inhabitants but only by tourists or foreign investors.”

Oleg Cetinic contributed to this report.

Wimdu, the Airbnb clone of Rocket Internet, to close its doors this year “in the face of significant business challenges” – TechCrunch