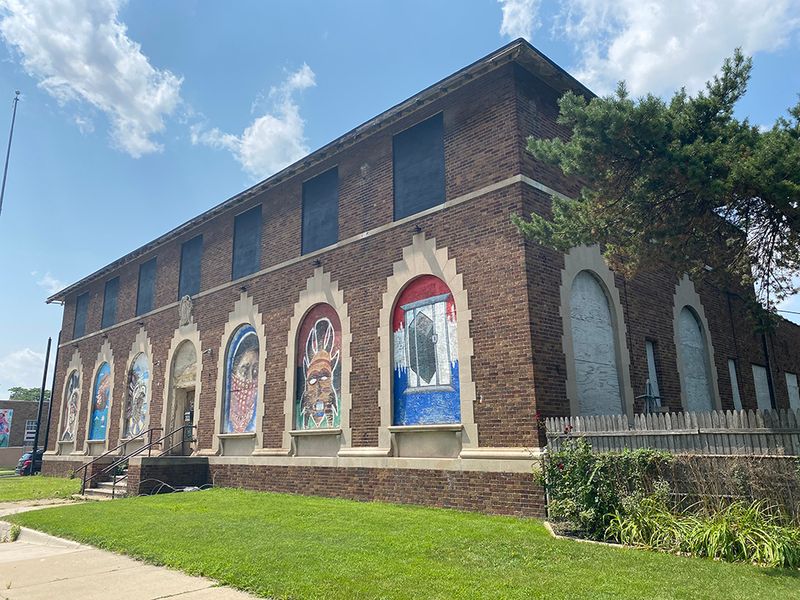 Detroit Airbnb’s “haunted” prison that was, and then wasn’t

“He’s trying to build a business, I get it, but you’ve got to do it right, that’s all,” Scott said.

City building, mechanical, electrical and other inspectors examined Steele’s building on August 6. They ordered Steele to stop his construction work on the property because he did not have the permit to do so. He received two tickets and a $ 1,000 fine for not having a certificate of compliance, a document that shows a property is safe enough to be occupied, and for using the facility in a manner not authorized by city ​​law. He declined to say how much he earned from tours of the building.

The property is up to date on its taxes, according to the Wayne County Treasurer’s Office.

Steele must now submit a site plan to BSEED so that he can obtain all appropriate permits for the scope of his work on the building, Scott said.

“We have no indication that he is unwilling to comply,” Scott said. “He was more grateful than anything else.”

Steele is also expected to change the permitted use of the building, which currently allows the use of office space, if he wishes to make it a short-term rental property, Scott added. If Steele wanted to use it as an Airbnb rental while continuing the renovations, structural engineers would have to decide if those uses are compatible.

Steele said he was not yet sure how the process would go with the city, but if allowed, he still wants to offer his apartment building as a place where people can bring a sleeping bag and say they slept in. prison.

There could be more obstacles. The rules surrounding short-term rentals in Detroit have sparked controversy and confusion in recent years. The city has banned short-term rentals in R1 and R2 zoned properties since November 2017, but this has not often been enforced. Steele’s building is zoned M2, for restricted industrial use, according to city records.

Detroit City Council member Janeé Ayers led an effort in 2019 to put in place rules that crack down on short-term rentals on sites like Airbnb in Detroit. But there hasn’t been a new discussion on this since early 2020, before the pandemic.

Piaule Catskills is the new retreat New Yorkers are flocking to