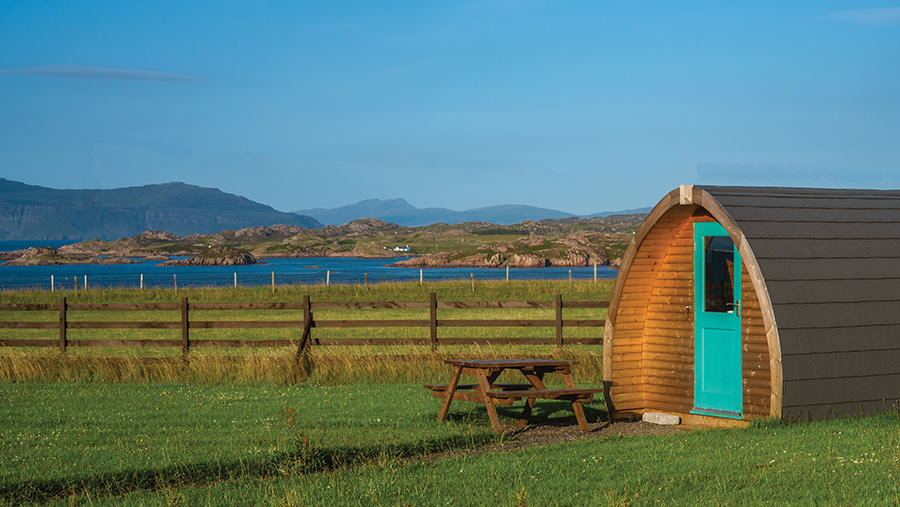 According to Scottish Land & Estates (SLE), plans for a licensing scheme for short-term rentals in Scotland are not “fit for purpose” and will have a devastating impact on the country’s agri-tourism sector unless there are significant changes.

The Scottish government has just completed consultations on revised proposals to introduce a licensing regime in response to problems caused by the growth of Airbnb-style rentals.

Local residents in some areas have complained that short-term rentals lead to unreasonable noise levels, antisocial behavior and loss of residential housing stock for the local population.

There are also concerns that the properties will be rented out in an unregulated market, which could pose a risk to the safety of visitors or neighbors.

But in response to the consultation, SLE accused the government of bringing forward proposals that were shaped by problems encountered primarily in urban areas that do not reflect reality in most rural areas.

The new rules will affect anyone offering vacation cabins, glamping sites and traditional bed and breakfasts, regardless of their location.

The TLS said that despite the government’s introduction of some minor revisions and clarifications to the rules, they remain disproportionate, onerous and pose a threat to the livelihoods of thousands of operators.

A recent survey of members of the Association of Scottish Self Caterers suggests this could lead to the closure of up to 49% of self-catering holiday homes.

The government’s suggestion that the license fee would be in the range of £ 300-500 is an understatement, as local authorities are already suggesting they may have to charge more than £ 2,000 to license a three-bedroom property , said SLE.

Landowners should apply for a license and then pay an additional fee to have it renewed every three years.

Operating without a license can result in a fine of £ 50,000 or imprisonment.

Impact on the wider rural sector

There would also be indirect negative effects on other businesses such as pubs, restaurants and local shops and attractions.

Additionally, the TLS said the proposals would hit farmers who “let work” when they employ casual workers.

“We have members who have informed us that they are renting accommodation at their contract night lamber three to four weeks a year, and sometimes for a similar length of time for additional contract workers at harvest time,” said Simon Ovenden, SLE Policy Advisor.

“We are advised that the properties are in good condition and meet the required health and safety standards, but the potential licensing and planning fees could be prohibitive, making renting for such a short period unsustainable.”

The SLE said the plans as they stand are a blunt tool to address a perceived and localized problem of amateur operators in Edinburgh, rather than being an appropriate tool for all of Scotland.

Mr. Ovenden said introducing a simple registration system would be a better solution.

“This would allow proper enforcement of existing health and safety standards and an appropriate planning policy that prioritizes the development of housing for residential use without excessive bureaucracy and increasing costs,” he said.

But the Scottish government has said it remains committed to introducing the scheme and expects licensing authorities to be ready to receive applications by October 1, 2022.

The deadline by which all short-term rentals must be authorized is currently March 31, 2024.