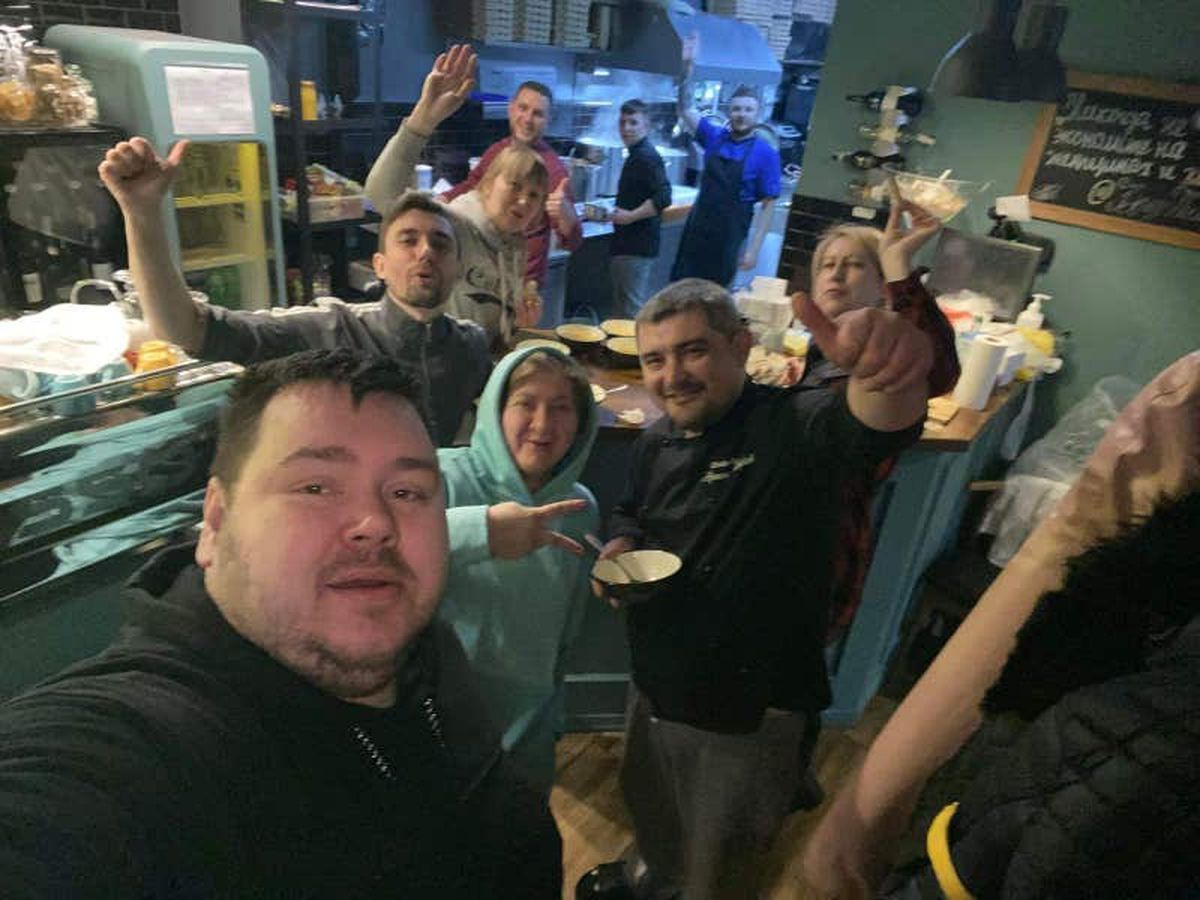 Donations through Airbnb enable hotel to serve 15,000 meals a day to Kyiv residents

A hotel in Kyiv is using donations from Airbnb to serve food to the city of Kyiv, as staff continue to work through air raid sirens and military attacks to deliver 15,000 meals a day.

Campus Community A-Hotel in the city center used the $30,000 (£22,830) donated by hotel and home rental service Airbnb to keep their kitchen open and cook for military personnel, hospitals, orphanages and nursing homes in Kyiv.

One of the hotel’s owners, Artur Gabovich, said he was “very grateful” for donations from people around the world and that the hotel staff would “never give up” on their job of providing food. food in the city.

Mr Gabovich, 50, told the PA news agency: ‘It shows great support for our country, for our people and for what is happening.

“God bless you, we are not hit by any bombs or rockets but we are in the center of the city so it is a very good location (to send food).”

The hotel is located in a “large compound” above a bomb shelter, where Mr Gabovich said an internet company was able to set up online education for the shelter’s children.

“When the (sirens go off), people can easily get down and stay safe in the air-raid shelter,” he said.

“The guys at the internet company are doing a great job. They’re supporting the whole connection so teachers in one shelter can teach kids in another shelter.

Rooms at Mr Gabovich’s hotel cost just £7-10 a night and those who book for a stay contribute to the cost of meals, medicine and shipping to transport food around Kyiv.

Their long-term goal is to be able to create a website that people can use to transfer money directly, and the hotel can start using donations to further support the military.

“Not guns, but helmets. We would like to buy bulletproof vests, tents… plastic mats to lie on the ground with when it’s cold so that they don’t get cold.

Briton Paul Sutton, 48, donated to the Leeds hotel, hailing the “network of empathy” Airbnb has provided by enabling thousands of people to book rooms across Ukraine.

“We have booked four nights, with the promise that when I get paid on the 15th, I will make another donation – and we will continue monthly as needed,” the guest services manager said.

“It’s brought a lot of people together and for them, I hope it’s reassuring that they know so many people are on their side – not just political and military (people), all of us.

“While the air raid sirens are going off and they are feeling scared and alone, this global community has burst in to help and I am a very, very, small part of it.”

“We’re keeping those lines of communication open and talking to the (staff) this morning the conversation was, ‘When this is all over, please come see us’ and we’re like ‘Yeah, absolutely’,” he said. said.

“We had never considered Kyiv as a vacation destination before, but we made a friend there at a very difficult time for them.

“It’s absolutely the intention that once this is all over, even if it’s to help rebuild, we want to walk through and meet these wonderful faceless friends that we’ve created and celebrated.”

Mr Gabovich stressed that it is “a big lie” that the Ukrainians have been in any way harmful to Russia.

“I never felt bad from the government, from anyone, against Russia,” he said.

“Putin’s idea is to have Europe – if he can take Ukraine, then he will conquer Georgia, the Baltic countries… and he will not stop until he has covered the less than half of Europe.

“The whole city, people are ready to fight until the end. And we will not surrender.