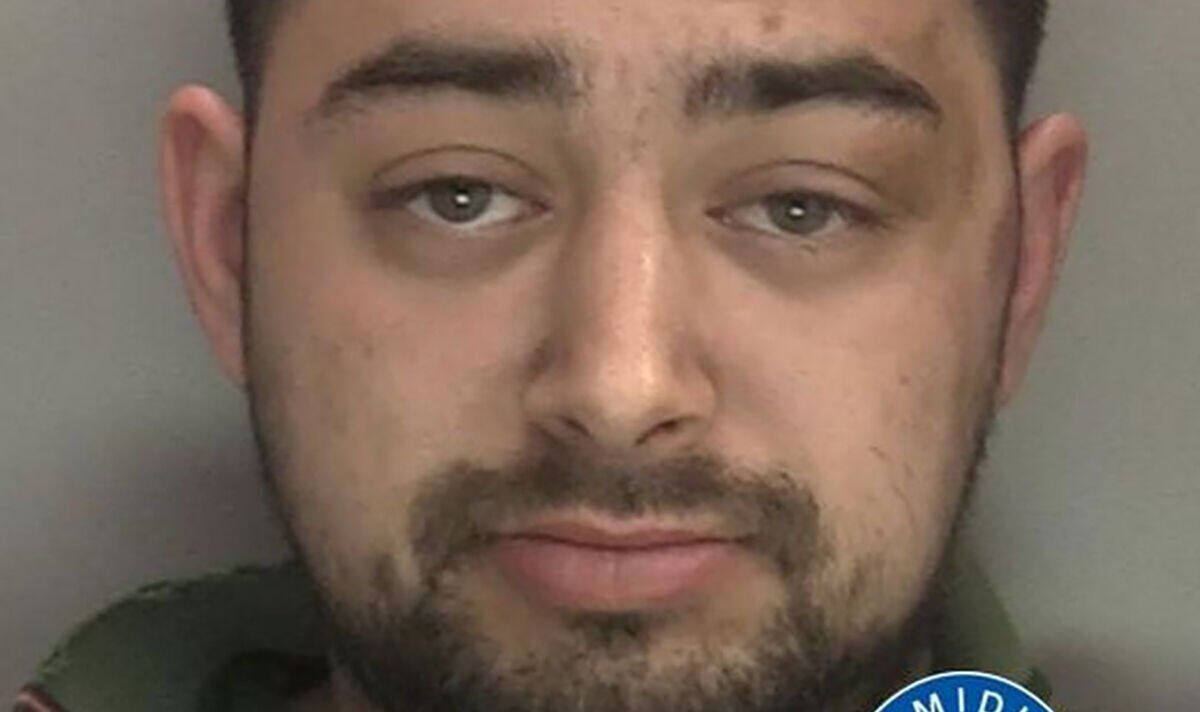 Jamil Gilligan, 28, was confronted by a man on his street who suspected he had collided with his car while drunk. He confronted and threatened to “beat” him as he went to report the incident. The yob then targeted a police cruiser with his vehicle, forcing an officer to hide behind a tree near Edgbaston, Birmingham.

A court heard Gilligan hurled homophobic slurs at constables and refused to provide a breath sample after he was eventually arrested.

But on Wednesday he was jailed for 14 months at Birmingham Crown Court and banned from driving for three years and seven months.

Recorder Richard Oakes ruled out a suspended sentence, concluding there was no “realistic prospect of rehabilitation”. He said: “The police have a hard enough job without having to respond and deal with behavior like yours. Your behavior was totally unacceptable.”

Birmingham Crown Court heard Gilligan had been banned from the roads at the time of the incident in the early hours of April 24.

The defendant, described as a ‘Jekyll and Hyde’ character depending on whether he was drunk or not, bizarrely claimed he thought his disqualification should end – when in fact it should continue until summer 2023, Birmingham live reports.

He had been drinking heavily in a pub before driving anyway and then woke a neighbour, who heard his car alarm go off and saw the defendant’s vehicle further ahead.

Amiee Parkes, prosecuting, said the resident inspected his own vehicle and estimated there was £500 worth of scratches and dents.

Ms Parkes told the court the neighbor shouted “oi” at Gilligan who denied hitting his car so he informed her he was calling the police. She said: “At that point the accused started to get in her face.

“He could smell the strong odor of alcohol. He tried to run away but the accused became more violent towards him.”

As the neighbor held the phone to his ear and spoke to a call handler, Gilligan slapped him and threatened, “I’ll sort you out, I’ll beat you up, you p****”, heard the tribunal. Police arrived within seven minutes and attempted to block Gilligan’s vehicle, but he backed off.

An officer jumped out and was about to approach him but had to hide behind a tree as he saw Gilligan move forward and back again. He hit the patrol car a second time before repeating a similar maneuver and hitting a stationary Citroën Berlingo before being arrested.

Gilligan had 21 prior convictions for 52 offences, including driving offenses that earned him two driving bans. James Turner, defending, said his client had begun to understand the impact of alcohol on his behavior and told the court that his partner and a former employer had written references about him.

He said: “What the references speak loud and clear about is that this defendant is something of a Jekyll and Hyde figure, excuse the cliché. When sober he is a hardworking, industrious young man, who supports his family, a good father.

“Unfortunately on the other side, when intoxicated, he is as described by the police and his partner, ‘a very different character’. This defendant takes no pride in that behaviour.”

Travel Tips: Hotel Manager Explains How to Get the Most Out of Your Hotel | Travel News | Travel