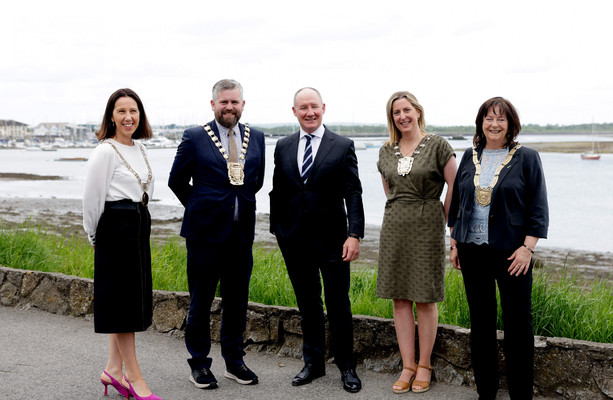 DUBLIN MAYORS Dublin’s four local authorities have said they would support the introduction of a directly elected mayor.

Alison Gilliland, Lord Mayor of Dublin, Lettie McCarthy, Cathaoirleach of Dún Laoghaire-Rathdown County Council, Seána Ó Rodaigh, Mayor of Fingal, and Peter Kavanagh, Mayor of South Dublin County Council, expressed their unanimous support for the work. of the Dublin Citizens’ Assembly to make recommendations to the Houses of the Oireachtas on the operation of the office of a directly elected Mayor.

The four mayors were speaking during a panel discussion at the second meeting of the Citizens’ Assembly, which discussed the role and functions of current mayors in Dublin and the international experience of having a directly elected mayor .

Over the next eight months, the Assembly will consider the potential benefits, challenges and opportunities associated with a directly elected Mayor for Dublin.

Today’s meeting also included virtual presentations and a panel discussion with representatives from other international cities where a directly elected mayor is in place.

Greater Manchester Mayor Andy Burnham told the Assembly that his role allows him to be an influential advocate for regional development. He said there were improvements to public policy that resulted from having a directly elected mayor.

Referring to the Hillsborough disaster in 1989, Burnham said it was “a great example of how an overly centralized political system completely ignores the voice of a city demanding justice”.

“When you start at the city level, it’s a place-based approach, not a party-based approach. It just makes politics work differently.

Five years after taking over at Greater Manchester, Burnham said the system was “superior to London”, and he likes to believe the voice of the North of England is “getting louder and louder and louder”.

Vice Mayor of Paris Anouche Toranian spoke about the wide range of services that operate under the office of the Mayor of Paris and the extent of public engagement and input into the way the city operates and is governed.

She spoke about the complex workings of the Paris City Hall system and highlighted the extent of public engagement in how the city is governed.

Former Boston City Councilman Larry DiCara said he encourages broad discussions about what kind of local government works best for Dublin, adding that lessons from Boston and Massachusetts are that different systems work better for different cities according to their needs.

Dublin Assembly Speaker Jim Gavin said: “Over the weekend, Assembly members had a significant insight into the role our current mayors play and how directly elected mayors work in other similar towns.

“We are deepening our understanding of the extent of the current centralization of local government in Ireland. However, we also see the potential scope of the office of a directly elected mayor and the extent of the powers that may be at his disposal for the benefit of the city and county of Dublin.

The Assembly will continue to hold a series of meetings over the coming months and is expected to conclude its work later this year before sending its recommendations to the Houses of the Oireachtas. It comprises 67 randomly selected citizens from Dublin City and County and 12 elected councilors nominated to participate.

Members of the public can submit proposals to the Citizens’ Assembly on a directly elected Mayor for Dublin here.

Got a vacation on the brain? 7 Gorgeous Vacation Homes You Can Rent Now Across America

Which UK startups offer the best benefits to digital nomads?