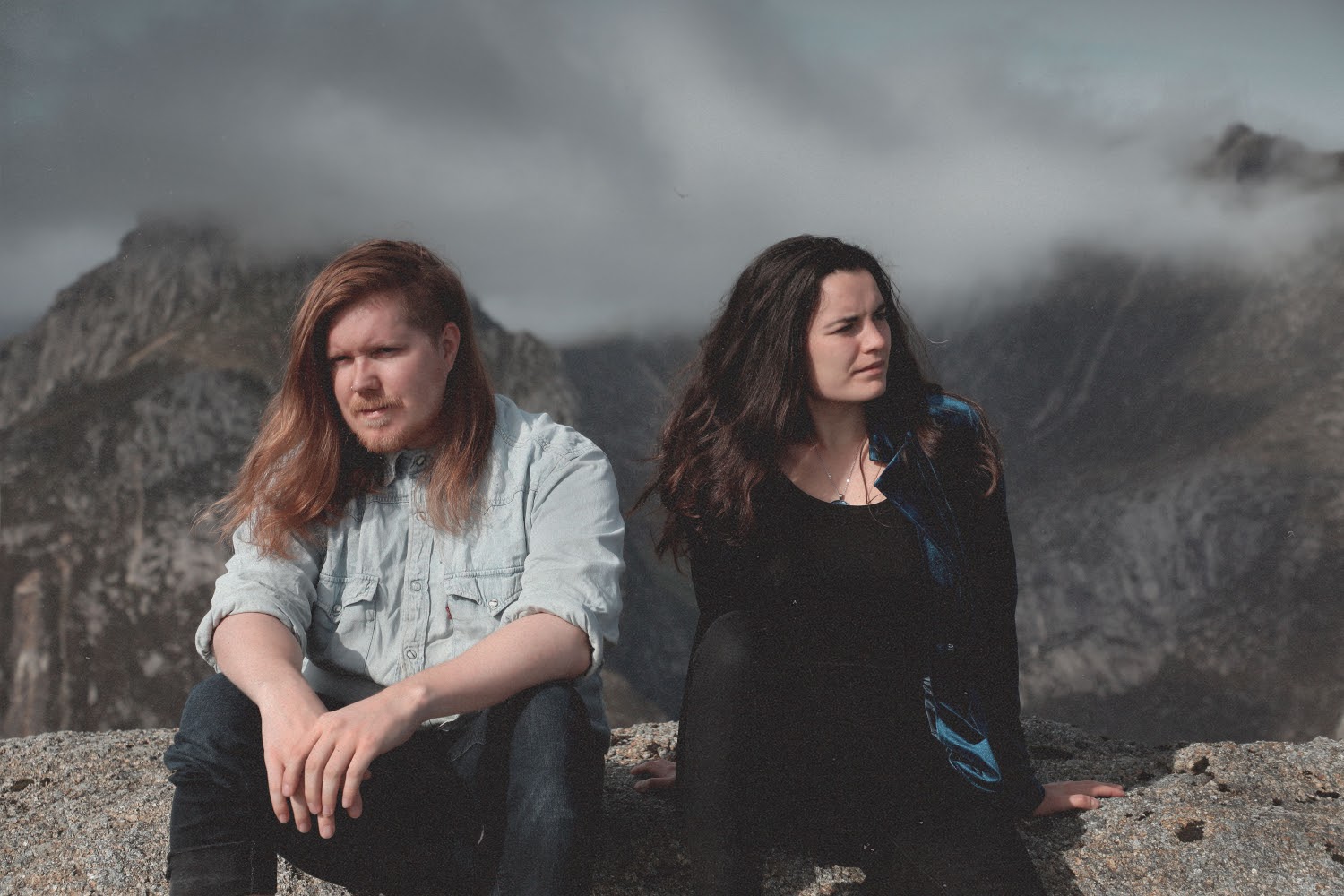 Bristol-based indie-pop duo Firewoodisland released their latest single, ‘Snow (Dripping Woolen Jumpers)’ on October 29 via Warner Music UK. In late 2020, Firewoodisland released a touchy cover of Alphaville’s “Forever Young”, which featured in an Airbnb ad in the US and Canada. The duo have also featured their music on shows such as Netflix’s Shadowhunters and Global TV’s NURSES to name a few.

Firewoodisland tells us about the inspiration for their latest single: “Having not seen our Norwegian family for a long time, this song was written as a trip down memory lane. A return to being a child enveloped in the atmosphere during winter – the icy glittering snowflakes descending from nowhere, the safety of a warm living room lit by a fireplace. To complete the feeling, we decided to keep the track relatively stripped down but with lots of little details and cinematic elements. We hope people will share their warm memories and connect with nostalgia for snowy winters.

Over the years, Firewoodisland has received major support from PopMatters, Earmilk, Clash Magazine, Atwood Magazine, Flaunt Magazine, Wonderland Magazine and CelebMix. The duo have graced the airwaves of BBC Radio Wales (A-List), Radcliffe & Maconie and Tom Robinson of BBC Radio 6, Introducing In The West, Devon of BBC Radio, as well as well-known Youtube channels such as Wave of Good Noise and alexrainbirdMusic. Firewoodisland has performed at the 100 Dager Industry Showcase in Norway, performed a dozen Sofar Sounds sessions, and performed at numerous festivals, including the BBC’s intro stage at the Latitude Festival and in headliner for Richer Unsigned’s lunch window.

What started as a solo project is now the joint creative project of artists, multi-instrumentalists and songwriters Stian Vedøy and Abi Eleri. Originally from a windswept island on the west coast of Norway, Stian met Abi after moving to Cardiff, to study a master’s degree in music production. The unique pair manages all creative assets in-house, from audio to visual.

The duo named their sound “Mountain Pop”, evoking a perfect blend of organic and digital elements inspired by Bon Iver, Thomas Dybdahl, Volcano Choir, Paul Simon, Bear’s Den and Highasakite. Their latest album (an eponymous masterpiece released in early 2020) was a turning point for Firewoodisland, as the duo finally felt they had gotten creative. Their own sound recalls the emotional styles of Bon Iver, Novo Amor, James Blake and Vancouver Sleep Clinic.

Crossing the threshold and returning to a childhood home is a feeling many have felt recently – that innate call to family and to be enveloped in a warm embrace of non-judgmental comfort. It is here, as snow falls against the glass and homemade hot chocolate warms the heart, that Firewoodisland finds inspiration. The indie-folk single is both home and the journey to it.