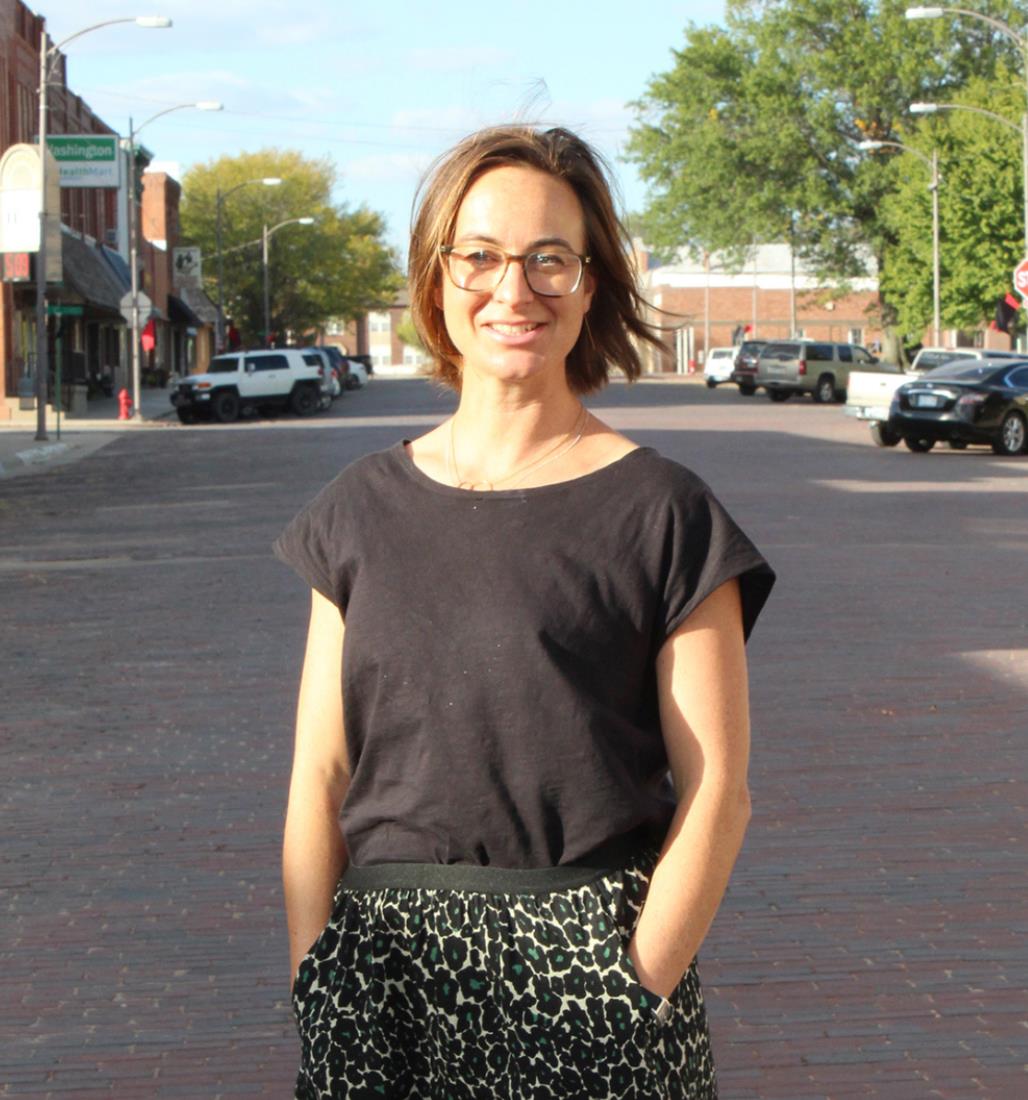 Dutch journalist on tour in the Washingtons | News from secondary roads

Laila Frank, from Amsterdam, the Netherlands, was in Washington last week as she gathered stories about what keeps local businesses, school, hospital and community alive. The stories will be featured in one of his podcast episodes titled “Welcome to Washington”. She visits seven other Washington for the eight-episode podcast series. This is the sixth stop on his tour.

Frank said that in Europe people mostly look to Washington, DC to see what’s going on in America, but there is so much more to America than DC.

For his podcast series, which will begin airing in January on public radio in the Netherlands, Frank will feature Washington state as well as cities and counties named Washington in the states of California, Utah. , Louisiana, Georgia, Kansas, Ohio and Pennsylvania. Washington, Kan., Is not the smallest Washington on his list. This honor goes to Washington, California, with just over 100 people.

Frank spent 10 weeks earlier this year on Washington’s top four for his podcast before returning to Amsterdam this summer. She is now on the second leg of her American tour where she will only spend 5.5 weeks. She drove to Kansas from Georgia on October 3 and spent five days here before leaving for Ohio.

Frank, who is a freelance journalist, said she takes her time on these visits to Washington and spends as much time as needed with the subjects. She spoke to farmers, business owners, Washington County school officials and members of the public, among others, at a special Chamber of Commerce event last Tuesday night.

She mainly makes audio recordings during her visits, but also takes videos with her mobile phone to use for promotional material. She said she would ideally write an episode plan after visiting a community. The rest of the assembly will be done in Amsterdam after his trip.

While public radio pays for part of his trip, much of the funding for this year’s trip comes from his pocket.

“It’s the investment,” she said. “Next year is my harvest.”

Frank said she wanted to visit Kansas since reading a book by a Kansas author who wrote about harvesting and other aspects of farm life while growing up on a Kansas farm.

Frank said she enjoys being in Kansas during harvest and that her Airbnb is located near the Hanover Grain Elevator, which gives her plenty of glimpses of a harvest in Kansas.

The avid traveler said she has become quite good at finding her bearings in the communities she has visited in America. She said she also found commonalities between each of the small towns she visited: Communities survive by investing in each other and taking care of each other.