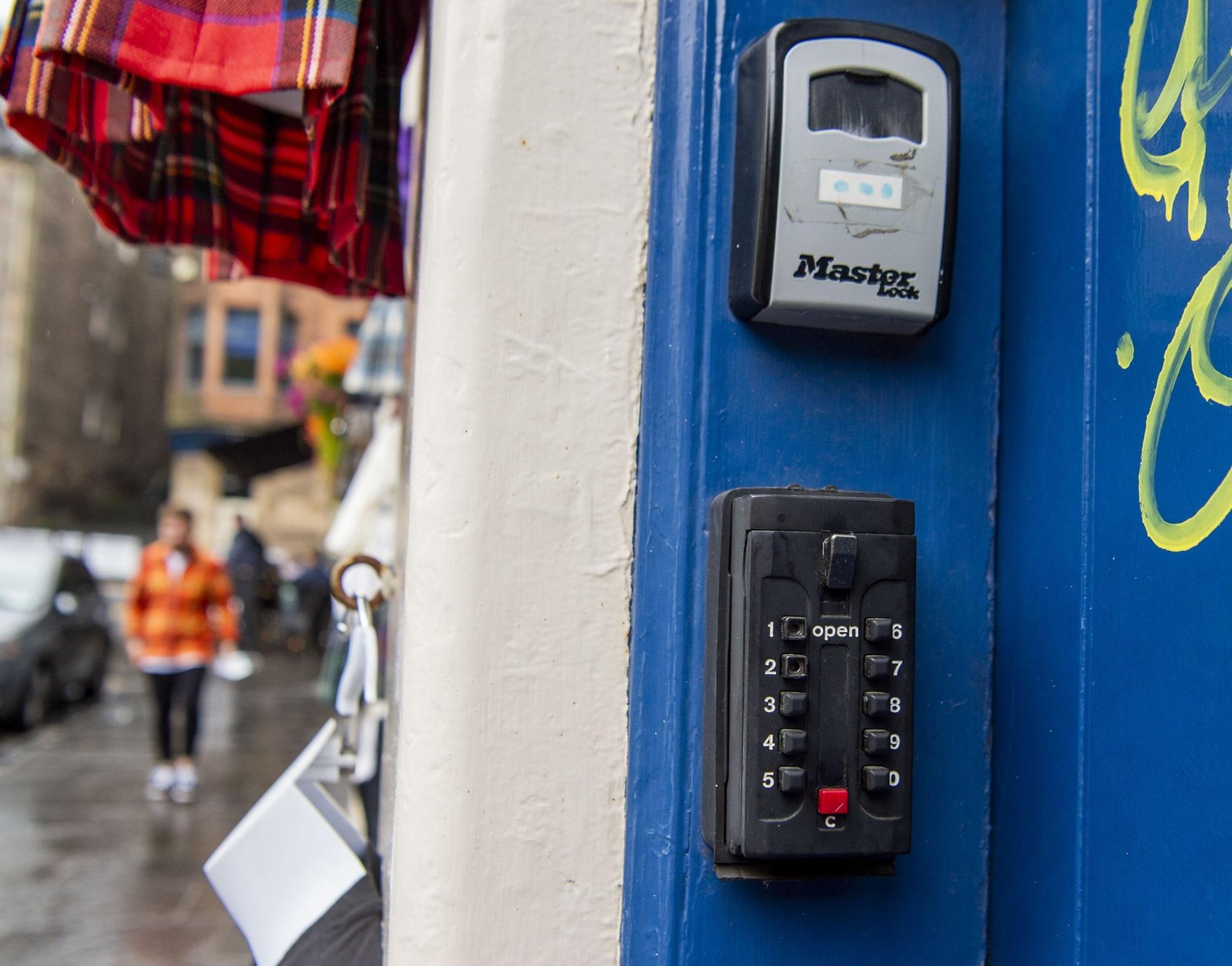 The capital’s main civic trust has warned the local authority it faces a ‘major challenge’ as thousands more are expected to follow in the coming months, ahead of the establishment of a ‘zone of control’ across Edinburgh and a licensing system.

But the council assured plans were ‘in place’ to meet the requirements of the legislation and said funds had been set aside to handle the surge in new demands.

Of the 141 filed since the start of last month, 103 were retroactive change of use applications and 13 were for new short-term rentals (STLs).

Register to our daily newsletter

The council has been inundated with requests for short-term rentals

The vast majority – 126 – were for properties in the city centre, many for multiple apartments in the same building in areas with high concentrations of STL such as the Royal Mile, Hill Street, Torphichen Street and Thistle Street.

Of the 25 requests made to confirm the use of a property as a vacation rental for more than 10 years, 16 were accepted and one was denied.

In the same six-week period, one new STL was granted planning permission by officers and another was denied, while two retroactive applications were granted.

It comes after councilors voted in February to make the Scottish capital the first STL ‘zone of control’ in a bid to return swaths of properties currently let on Airbnb and other sites to the private rental sector and housing market. lodging.

A recent council report said up to 12,000 properties in the city are listed on platforms such as Airbnb, while Scottish Government analysis put the overall figure for Edinburgh at around 16,000.

Under new powers designed to crack down on STLs, pending approval by Scottish ministers, any short-term rental property not used as a permanent residence will need planning permission to change use.

While entire residences that have been used for short-term rental for more than a decade are exempt, owners are still required to show proof of long-term use to obtain a certificate of legality from the council.

Additionally, STL operators across Scotland will need to apply for a license from local authorities by April 2023, and having a change of use in place will be one of the key conditions.

Edinburgh-based Civic Trust The Cockburn Association questioned whether the council currently has enough staff and resources to handle the ‘deluge’ of applications for existing STLs.

Association director Terry Levintal said: “The feeling we have is that while we are aware that this is happening, that the sinking of resources and management resources needed to meet the challenge – not just through the issues we are seeing through the planning system with the waves of retrospective change of use requests to come, but also the new licensing regime, will open towards the end of this year.

“We’re not talking about hundreds of potential apps in the planning and licensing system, but thousands and thousands of apps getting there and we don’t feel like the local authority has really recognized the drastic change in management resources needed to deal with this.

He added that as well as overwhelming the council’s planning department, volunteer-run groups such as the Cockburn Association and community councils will not be able to effectively consider each individual application.

“We may need a different process, a different system to deal with this volume so that we can manage it and make sure all interested voices are properly heard,” Levintal said.

“If you would like to comment on a planning application, it is an application and a set of comments and they must be uploaded to the council’s planning portal.

“It usually works well for the normal range of scheduling issues that we all encounter and participate in, but for this level of applications they may well come in, there has to be a faster and easier way to deal with it , especially when we’re seeing whole stair apps coming up.

Last week David Givan, director of planning for Edinburgh City Council, attended a meeting of the Edinburgh Civic Forum, a network of community councils, civic groups and residents’ associations in the city convened by the Cockburn Association, to discuss the increase in demand for short-term rentals.

Mr. Levintal continued: “This is going to be a major challenge. The planning director heard this openly and it was great that he was part of the meeting.

“But the concern remains that the ability to deal with this range and this number of planning requests ahead will be a major civic challenge and not just for communities but for the council itself.

“There was encouragement in there [the council] have been very focused on the impact of existing community residential amenities when reviewing change of use requests and in many cases have withheld consents when STLs were on common stairways.

A spokesperson for Edinburgh City Council has confirmed plans are in place to manage the demands of new short-term lettings legislation.

They said: “When members set the Council budget in February, £150,000 was set aside to help us establish and run Edinburgh’s new short-term rental checks. We are seeing a high number of scheduling requests and officers will deal with them in the usual way, on a case-by-case basis.

“We are currently asking residents, visitors and interested groups and organizations what the new licensing regime should look like – and we have met directly with the Cockburn Association to hear their views. Our online consultation is open to everyone and will be online until June 10.