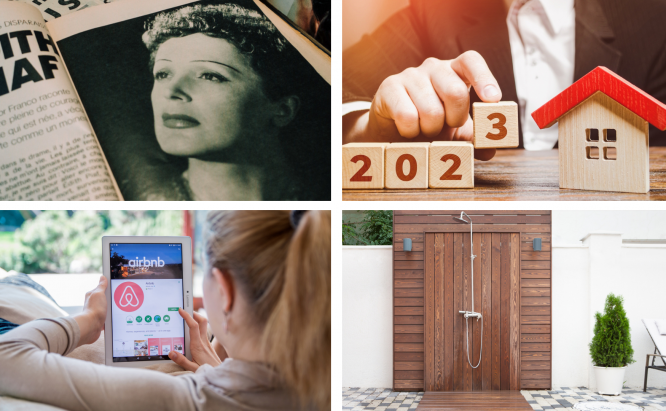 The French real estate market should be a little less dynamic in 2023, leading to lower prices in some major cities, according to one of France’s leading property valuation specialists.

“We can expect a drop in demand in the cities most affected by the increase in [mortgage] interest rates,” Thomas Lefebvre, vice-president of data and science at Meilleurs Agents, told Le Figaro Immobilier.

This will lower the prices.

Mortgage interest rates are on the rise due to inflation which, although expected to slow in 2023, is still expected to remain elevated.

“Paris is an example of a city with a large supply of available properties. Since 2018, the number of properties for sale has jumped by 52%”, specifies Pierre Vidal, head of the research teams at Meilleurs Agents.

Elsewhere, property prices are expected to fall by around 2% in Lyon next year and by around 1% in Bordeaux and Toulouse.

Property prices are expected to rise in some major cities, such as Montpellier (+3%) and Marseille (+4%).

Read more: See the French cities where properties are selling fastest (and slowest)

Overall, however, prices in major cities will remain stable with an average price increase of 1% in the country’s 10 largest cities.

Outside of major cities, prices are expected to continue to rise in most parts of the country. Meilleurs Agents expects prices to rise by around 5% in towns and villages and around 3% in medium-sized towns.

Overall, there should be fewer property sales next year, with Meilleurs Agents predicting that the total annual number of sales of non-new properties will fall below the million mark.

Annual sales of non-new properties in France peaked at over 1.2 million in August 2021, but this has been gradually declining since.

The graph below shows the progression of sales of non-new properties between 2000 and 2022, according to in-depth data from Notaires de France.

A property in Normandy where French singer Edith Piaf lived as a child is currently up for sale for €285,000.

The 210 m² building located in Bernay (Eure) has been divided into three apartments and is available for purchase with tenants already in place.

Piaf lived there between 1917 and 1922, from the age of about two or three to seven or eight, with her paternal grandparents.

Her grandmother ran a brothel in the building, and Piaf later claimed that her weakness for men came from growing up among prostitutes. While Piaf was living in Bernay, she is said to have suffered from blindness as a result of keratitis and was cured after a religious pilgrimage.

The property was purchased around 50 years ago, but the buyer died over ten years ago and his heirs now wish to sell.

Benjamin Plessis, the real estate adviser in charge of the sale with the Orpi agency, declared that if he were a buyer and that he “had the choice between two buildings of the same quality and the same price”, he would certainly choose the former home of Piaf for the history it holds.

“I have already received several calls even though the building has only been on the market for a few days,” he said.

The three apartments in the building measure 60, 70 and 80 square meters and all have a garden. The property also has 10 garages.

Occasionally tourists come to the house, where a small plaque on the wall notes that it was once the home of Piaf’s grandparents.

See more details on the sale of the property on the Orpi website on this link.

Suspension of “anti-Airbnb” rules lifted in the Basque Country

A court has lifted a suspension of rules imposed earlier this year that sought to limit the number of short-term tourist rentals in the Pays Basque region of south-west France.

The administrative court of Pau had suspended the measures on June 3, canceling a decision voted in March by the authorities of the Urban Community of the Basque Country (CAPB).

The CAPB brings together 158 municipalities in the Basque Country (Pyrénées-Atlantiques). The group had, on March 5, authorized rules aimed at balancing long-term rental options with the spread of short-term rentals, such as those on Airbnb.

This included measures to restrict companies creating new short-term rentals in 24 municipalities under real estate pressure, including Bayonne and Biarritz.

The idea was that landlords should also offset the creation of a short-term rental property by providing space that could be used for long-term housing in the same city.

This must be equal to the same number of “lost” square meters for short-term rentals and cannot involve the construction of new properties.

This was to prevent local people from being forced out of the area by high-yielding short-term rentals.

The court decided to temporarily suspend these rules after 65 landlord agencies, real estate agencies and concierge services banded together to seek the legal suspension of the measures, saying they constituted a “serious interference” with their commercial and professional operations.

That suspension has now been lifted, albeit with minor changes to the rules to compensate for the lack of available properties that landlords could turn into long-term accommodation to compensate for owning short-term rental property.

These new compensation rules are expected to come into effect on March 1, 2023.

This is not the end of the legal dispute between landlords and local authorities, however. A new hearing on the legality of these rules is due to be held in the coming months.

More than 16,000 accommodations are rented for short-term stays to tourists in the Basque Country, according to the latest figures from the Agence d’urbanisme Atlantique et Pyrénées. This represents a 130% increase between 2016 and 2020.

Many of these properties are rented out on Airbnb, hence the nickname “anti-Airbnb” measures.

What permits are required to install an outdoor shower?

You may want to install an outdoor shower in your backyard, whether it’s to clean up before or after a dip in the pool or to wash away the mud after a long walk with a dog.

As with most additions to property in France, there are rules that govern this.

Overall, though, if you’re planning on building a standard-sized one-person outdoor shower, you shouldn’t need permission.

Indeed, if the floor area is less than five square meters and less than 12 meters high, you do not need any kind of permission prior to construction.

Note that the vertical surface of the shower, called in French the footprint, must not exceed five square meters either.

If the surface is less than five square meters and the shower is greater than 12 meters, you will need a prior declaration of work, an administrative authorization that is easier to obtain than a building permit.

There are also stricter rules depending on whether you live in a protected area in France or near a historical monument.

For example, if you live within the perimeter of a remarkable heritage siteyou live near a monument or you live on a classified site.

Before undertaking any renovation or construction work in your garden, it is a good idea to check your Local Urban Planwhat you can do through your town hall.

If you illegally install a larger outdoor shower, for example if you have not received the appropriate authorisation, you may incur a fine of between €1,200 and €30,000.

In case of recidivism, you can also be condemned to six months of prison in more.

The last thing to note is that if you plan to use soap or other detergents in your outdoor shower, it’s best to hook it up to the waste water drain.

Check with your local town hall to find out how to apply for a connection to a sewage collector in your city. here is a sample sewer connection application form.

Homeowners applying for French renovation grants will need a consultant